Myanmar’s lucrative timber trade continues to be mired in criminality and corruption, including systematic tax evasion worth millions of dollars by companies exporting teak wood to European markets, according to a report published Wednesday. 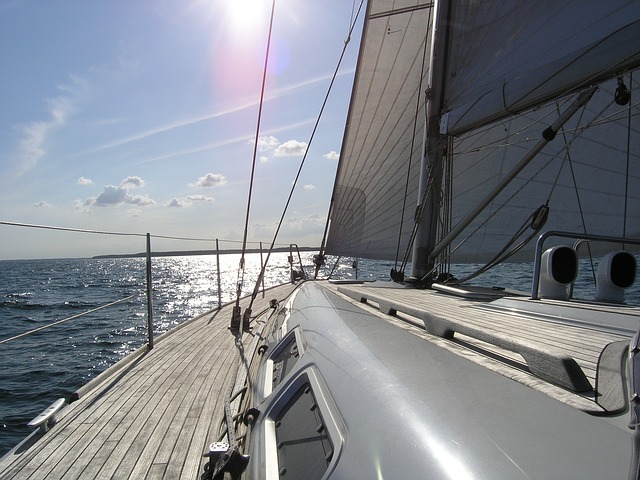 Myanmar teak’s water-resistance makes it highly prized among shipbuilders of luxury yachts. (Photo: h2a, Pixabay, License)Produced by the Environmental Investigative Agency (EIA), the paper reveals how private companies exporting timber bought from the state-run Myanma Timber Enterprise (MTE) have long been overstating how processed their teak is so as to illegally evade or reduce taxation.

This system of trade mis-invoicing has artificially reduced the cost of shipments bound for European markets, argues the report, with ABC in Slovenia, HF Italy in Italy, Houthandel Boogaerdt in the Netherlands and WOB Timber in German included among the EU companies that have received and benefitted from this illegally harvested timber.

It has also, of course, defrauded one of Asia’s poorest countries of millions of dollars in tax revenue, which is ironic given Myanmar Teak, the so-called “King of Hardwoods,” is primarily used for the luxury yacht market, providing the decks on which the world’s wealthiest citizens can relax.

Yet this is only the latest revelation hitting Myanmar’s timber sector, which has for years been destroying the country’s forests at a phenomenal rate: the EIA paper claims an area roughly the size of Finland and Slovakia combined was lost between 2001 and 2019. Teak demand has driven this staggering deforestation, with illegal logging and smuggling feeding international markets.

The report’s timing is also important, coming in the aftermath of Myanmar’s February military coup, which has hamstrung the young democracy six years after military rule had apparently ended. Since the country’s economic liberalisation in the 1990s, the military has greatly enriched itself by exerting control over extractive industries, especially the timber trade.

That has taken many approaches: taking a cut of illegal logging and timber trafficking from northern Myanmar to China, taking bribes from private timber companies in exchange for logging concessions, shipping “tainted timber” out of military-owned ports, and even, many believe, confiscating thousands of tons of illegal timber every year only to stockpile them for private resale.

Furthermore, while the democratic opposition took numerous steps after 2015 to combat illegal logging and reduce overall deforestation, there are signs the return of military rule means the resurgence of these unsustainable and illegal practices.

For while the US already imposed targeted sanctions on senior military figures and military-connected logging companies last month, and the EU is due to impose similar sanctions on Monday, the huge Chinese and Indian markets will likely remain open to Myanmar’s tainted timber.