Rodrigo Duterte, the president of the Philippines, has ordered his country’s Department of Justice to pursue a government-wide probe of corruption. 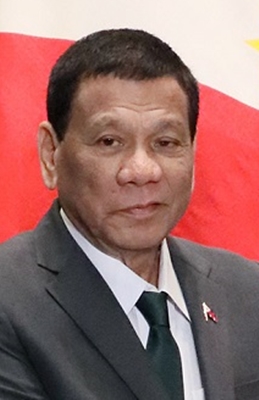 Duterte has made the fight against corruption and drug use in the Philippines a lynchpin of his presidency. (Source: panned by human rights organizations)“I hope all government workers, officials are listening. This is a memorandum from me, the president, to Secretary Menardo Guevarra, Department of Justice. The subject is [to] investigate allegations of corruption in the entire government,” Duterte said in a televised speech Monday.

The Philippine president said that he had pledged to “concentrate the last remaining years of his term fighting corruption.”

Duterte has made the fight against corruption and drug use in the Philippines a lynchpin of his presidency. However his suggested solutions, such as extrajudicial killings, have been widely panned by human rights organizations as far worse than the problems they are attempting to address.

Duterte's opponents, such as Senator Anthony Trillanes, have questioned whether Duterte himself is free from corruption. In response, Trillanes was arrested, and an anti-corruption official investigating Duterte over millions of dollars in unexplained wealth was fired.

Duterte denied the claim. "What are my sins? Did I steal money? Even just one peso?” he asked. “My only sin is extrajudicial killings.”

In 2017, OCCRP named Duterte ‘Person of the Year in Organized Crime and Corruption’, for his brutal human rights abuses in the course of his war on drugs. As many 12,000 people are believed to have been murdered in the course of that war.