Duterte Orders Arrest of Senator Accusing Him of Graft

Philippine President Rodrigo Duterte on Tuesday ordered the arrest of Anthony Trillanes, an opposition senator and vocal critic of his regime, after revoking amnesty for his involvement in a failed coup 15 years ago. 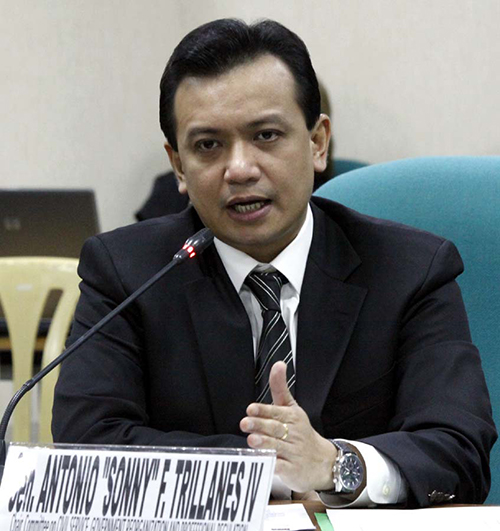 Antonio Trillanes by Romeo BuganteTrillanes called the order “stupid,” and did not resist arrest.

But the executive order issued Tuesday and printed in The Manila Times, a Duterte-friendly newspaper, said that Mr. Trillanes had failed to apply for amnesty and “admit his guilt.”

Trillanes submitted himself to custody, spending Monday night in the Senate building before his arrest was proclaimed.

“It’s a clear case of political persecution,” Trillanes told Reuters. “Mr. Duterte is a dictator. He does not respect institutions.”

Trillanes is an energetic critic of Duterte, frequently publishing statements challenging Duterte’s aspirations toward dictatorship and corruption in the regime.

His arrest comes after Duterte sacked a top anti-corruption official who was investigating the president over millions of dollars of unexplained family wealth.

Trillanes called this firing “harassment” and a “cover-up” tactic. He has filed a complaint against Duterte saying that those millions of dollars came from a plunder scheme involving thousands of ghost employees in Davao.