U.S. Senator Elizabeth Warren urged authorities on Monday to crack down on money laundering and other irregularities embedded in the global financial system and called for bank executives to be held accountable. 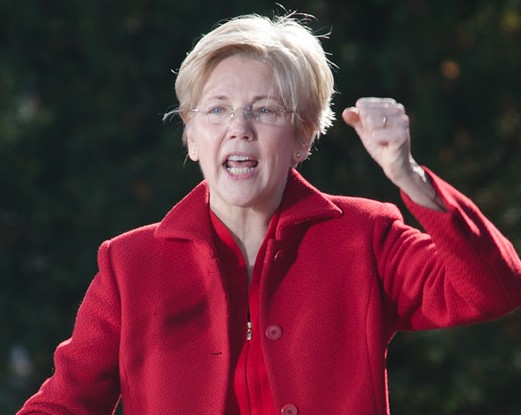 “Big banks and companies abuse legal loopholes and weak enforcement by regulators to profit from illegal and shady transactions for criminals and terrorists,” U.S. Senator, Elizabeth Warren, warned. (Photo: Tim Pierce, flickr (CC BY 2.0))The call came after a series of articles called the FinCEN Files shook the financial world this week, revealing numerous irregularities in the secretive world of international banking.

“Big banks and companies abuse legal loopholes and weak enforcement by regulators to profit from illegal and shady transactions for criminals and terrorists,” Warren said in a statement.

Such corruption must be rooted out “by strengthening transparency of financial networks and clamp down on the dark money that flows through the global financial system,” she said.

The FinCEN files have been the result of the 16-month investigation led by the International Consortium of Investigative Journalists and BuzzFeed News, involving more than 400 journalists in 88 countries, including many from OCCRP and its network of member centers.

The files presented more than 2,100 Suspicious Activity Reports (SARs) written by banks and other financial players and submitted to the U.S. Treasury Department’s Financial Crimes Enforcement Network, known as FinCEN.

Besides that, reporters collected thousands of other documents, conducted interviews with key players, and crafted dozens of stories – all showing that the world’s main weapon in the fight against money laundering and international crime often fails in ways that harm everyone.

Senator Warren stressed that the executives of the giant banks should be held accountable, as she suggested in her “Ending Too Big to Jail Act” in 2018, which, if passed, would “hold big bank executives accountable when the banks they lead break the law.”

The Act she proposed, should “reform the deferred prosecution agreement system that has allowed these bankers to walk away with drop in the bucket settlements and slaps on the wrist, and to create a new investigative unit at Treasury to investigate these types of financial crimes,” she suggested.

Warren also reminded that her document, if passed into law, would create a permanent law enforcement unit to investigate crimes at financial institutions. It would also require senior executives at banks with US$10 billion or more in assets to certify annually that they have conducted due diligence and found no criminal conduct or civil fraud within the financial institution, and mandate judicial oversight of deferred prosecution agreements (DPAs).

“The sweeping anti-corruption legislation will shut the revolving door between financial institutions and the regulators who are supposed to oversee U.S. transparency and money-laundering efforts,” read the statement.