When Hungarians picked up their ballots to vote in April’s national elections, more than half of their 23 choices were parties they’d never heard of. 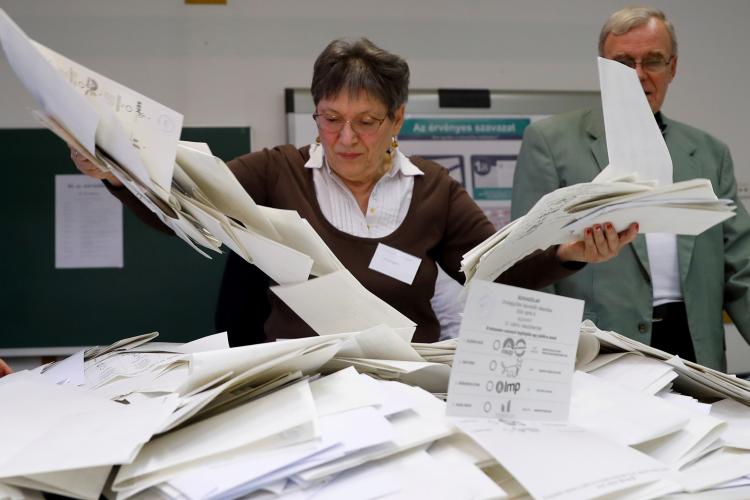 The familiar players — Prime Minister Viktor Orban’s ruling right-wing Fidesz party and the far-right Jobbik — were there, along with, yes, the Two-Tailed Dog Party, known for its community projects but also for not only promised to fill the capital’s streets with beer to end traffic jams, but also plastered signs around Budapest calling for eternal life plus 20 years for all Hungarians.

But what about the “Party for a Sporty and Healthy Hungary,” “Poor People for Hungary,” and “The Party for All Poor People?” Along with 11 more, they have no website, no campaign materials — and no real intention to win votes.

Hungarian police are investigating some 100 cases of suspected election fraud by parties that appear to have been created shortly before the 2014 elections to cash in on lucrative campaign subsidies.

The European Parliament voted in September to pursue disciplinary action against Hungary, and possibly revoke its EU voting rights, in part over its increasingly flawed electoral system.

Cashing in on Campaigns

The boom of fake parties stems from Hungary’s 2013 election system reform spearheaded by the ruling Fidesz party, according to analysts. That package gives generous subsidies — hundreds of thousands of euros — to newly established parties, provided they meet a few requirements.

Suddenly, a lot of Hungarians discovered an interest in politics. More than 100 popped into existence after the 2014 elections, and the The National Office of the Judiciary reported a total of 250 registered parties in the early months of 2018. 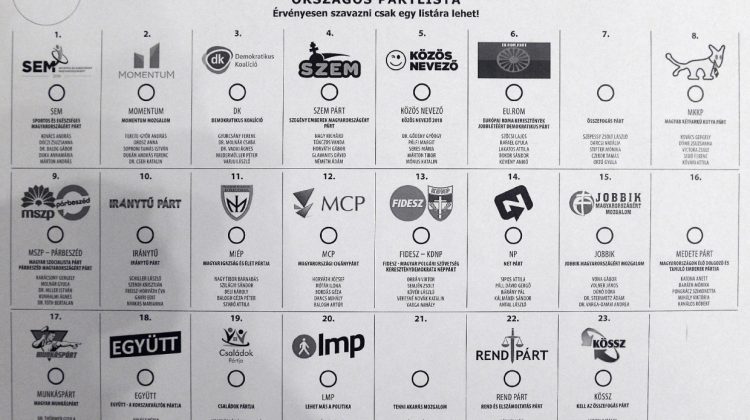 “Fake parties are an achievement of this government,” Miklos Ligeti, Transparency International Hungary’s Legal Director, told OCCRP. The parties “opened the door quite wide for obscure financial transactions” in political campaigns, he said.

The payoff, according to Transparency International Hungary, was in the millions. It calculated that 14 fake parties alone cost Hungarian taxpayers US$ 12 million, a hefty sum in a country with average monthly wages just shy of $800.

Collecting the subsidies was straightforward. To pick up the minimum of almost $530,000, all a party had to do was field 27 national parliamentary candidates in nine counties and one Budapest constituency. Then it had to collect 500 signatures for each.

Parties that managed to run the maximum 106 candidates could collect almost $2.4 million.

If getting signatures proved too difficult, there was always forgery and fraud. The Organization for Security and Cooperation in Europe (OSCE) found in its post-election report
that “new, unknown political parties used fraudulent methods to collect the required signatures.”

More than the national wallet was hurt by these tactics. Analysts and critics say that Orban’s Fidesz used the subsidies to keep a grip on its majority by fragmenting the non-Fidesz electorate.

“While the misappropriation of public funds was the most commonly cited ground for the proliferation of these parties, other reasons included their potential for dividing the vote, particularly in tightly contested races,” the OSCE found.

“The question arises why Fidesz considered it wise to encourage with such vigour the emergence of irrelevant political parties … Fidesz took the risk of setting up a chaotic system with the knowledge that formations capable of attracting disappointed leftist voters were ready to enter the fray, and at least in 2014 its bet paid off,” wrote Robert Laszlo of Political Capital, a TTKTK description, after the 2014 elections.

The bet paid off in 2018, too, when Orban surged to victory with no credible opposition to overtake the party’s lead, neither the leftist parties nor far-right Jobbik. Hungary’s left and Jobbik even began dabbling with the idea of working together against Orban. 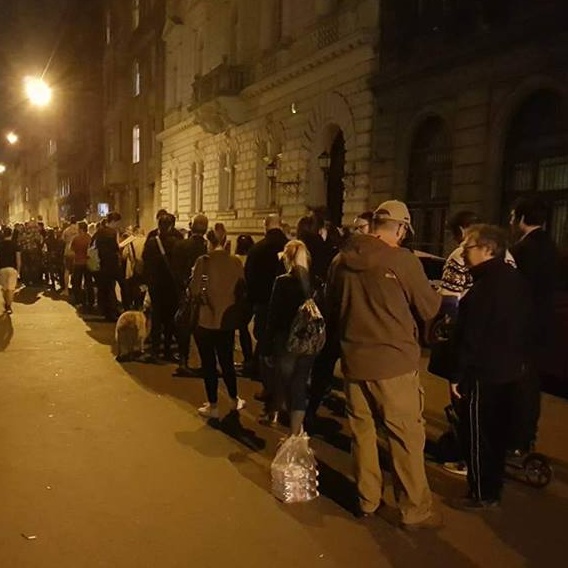 Hungarians wait in line to vote at the April 2018 general elections; Photo: Alexander CooperNow, with non-governmental organizations calling for investigation of dubious parties, Atlatszo, a Hungarian investigative outlet and OCCRP partner, reported in June that 111 criminal procedures connected to forged signatures are underway.

Police confirmed to OCCRP that they were investigating but would not reveal any details. However, Atlatszo reached out to all of Hungary’s local election offices to ask how many times they had reported forgeries to the police.

Eighty election offices responded, but most refused to name the parties accused of forgery. A collection of their responses can be found here.

But while that investigation creaks on, Orban’s Fidesz has four more years, and what Laszlo terms “a significant and unjustified—although not insurmountable —advantage over its rivals.”

This is just one of the EU’s complaints about Orban’s right-wing government.

The EU Parliament (EP) is debating whether to sanction Hungary for violating the values of the union with its policy towards migrants, attacks on the media, minorities, and the rule of law.

It is the first time the EU is considering applying Article 7 sanctions procedures, which could lead to Hungary losing the right to vote in EU bodies.

The EP’s main concerns are related to an independent judiciary, freedom of expression, freedom of religion, academic freedom, the functioning of its constitutional and electoral system, amongst others.

However, given Orban’s allies in Poland, Hungary’s loss of voting privilege is unlikely. All EU member states have veto power over Article 7, and the Polish government has already said it would block any proposed sanctions against Hungary.

Even if they are imposed, would the sanctions break Fidesz’s hold on power?

That might take eternal life plus 20 years to find out.