A Russian state-backed shipping company sanctioned by the U.S. and EU in February continues to deliver crude oil to European ports, analysis of company records and live ship tracking shows. Experts say the company disguised its ownership of the vessels by basing subsidiaries in Cyprus and the United Arab Emirates and sailing under Liberian flags. 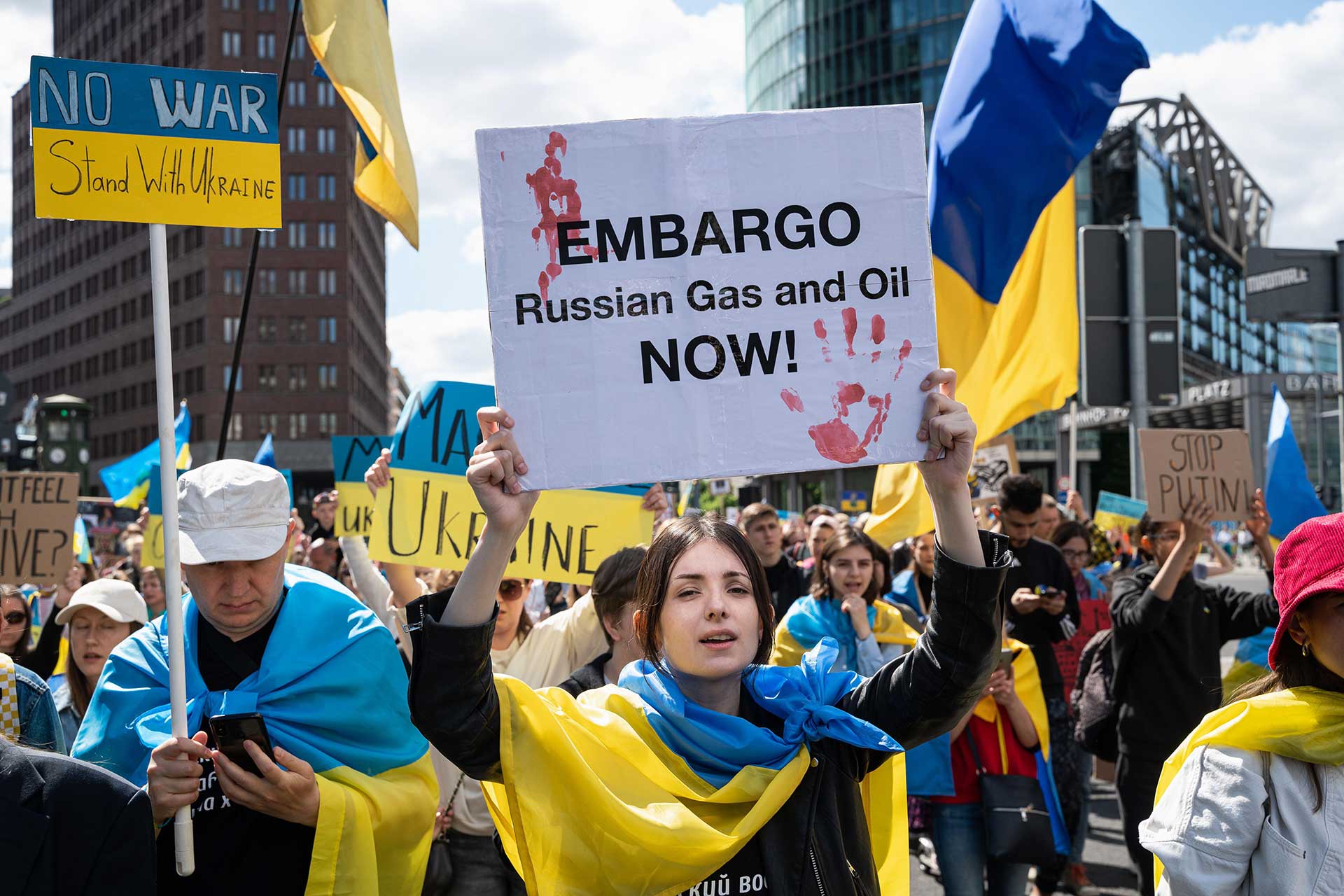 The U.S. and EU imposed sanctions on Sovcomflot in February. The sanctions had a phase-in period before taking full effect on March 26 for the U.S. and May 15 for the EU.

OCCRP identified more than 18 Sovcomflot tankers, named in a list of vessels in Sovcomflot’s 2020 financial records, which have been crossing the world’s oceans in the past month. Each is carrying on average over $240 million worth of fuel. Their movements can be followed in real time on a marine traffic tracking website.

Once the sanctions came into full effect, some of these ships switched off their location transponders, meaning they cannot be tracked.

Among the Sovcomflot tankers that did not turn off their trackers, one was recorded heading for the U.S. in early May before being rerouted to South Africa and quickly renamed. OCCRP has tracked at least five others recently coming from, en route to or in docks in Italy, Denmark, and the Netherlands, even after EU sanctions came into full effect.

It is not clear who is buying the oil delivered by Sovcomflot.

Sovcomflot and operators at these ports have avoided triggering sanctions because the ships are sailing under Liberian flags while the company runs operations through subsidiaries in Cyprus and the United Arab Emirates (UAE) . The Sovcomflot subsidiary that directly owns the vessels is based in the UAE as well, though it is owned by the Russian state.

Professor Ricardo Soares, a specialist in international politics and financing based at Oxford University, said that by appearing to be based in the UAE and renaming its fleet, Sovcomflot was able to continue earning foreign currency that Russia desperately needs as it continues its invasion of Ukraine.

"It's almost impossible to track the ownership back to Russia, especially as Sovcomflot is switching ship names and apparently turning off GPS tracking in certain countries," said Soares, who added that sailing ships under Liberia’s flag was a straightforward way to disguise the tankers’ origin.

“Liberia is a maritime tax haven and is used as a flag of convenience for vessels” he said. “It’s as easy as setting up a post box."

Sovcomflot’s use of different bases and sailing flags mirrors a broader Russian effort to mitigate or evade the implications of western sanctions, said a tax expert.

“Russia's use of secrecy jurisdictions with which it has no genuine economic ties is a game of hide and seek," said John Christensen, an economist and founder of the Tax Justice Network. "By layering its energy shipping business in three jurisdictions that work together — the UAE, Cyprus and Liberia — Sovcomflot circumvented sanctions."

The EU’s press office did not respond to questions about how Sovcomflot could still access EU ports despite the sanctions.

Sovcomflot did not respond to a request for comment.

The sanctions are part of a package of measures intended to turn off the Kremlin’s financial spigot. Oil and natural gas sales are a means of generating foreign currency critical for Russia. It’s trying to maintain its reserve of hard currencies as the ruble plunges against the dollar, yen and euro. Billions are at stake.

The sanctions are forcing maritime insurance companies to evaluate whether they are in compliance with U.S. and EU restrictions on business with Sovcomflot. In late April, the industry publication Shipping Watch reported that Norwegian insurance giant Skuld had moved to end its underwriting of Sovcomflot, a major client, and booted a Sovcomflot director from its board of directors.

They have also exposed divisions between Western countries on the best approach to limiting Russia’s oil and gas earnings. European leaders pressing for a complete ban on Russian natural gas and crude oil have been thwarted by Hungary’s opposition. Countries such as Croatia, Netherlands and Greece continue to receive fuel from Russian tankers.

And despite the EU sanctions, which prevent companies paying sanctioned entities in Euros, Germany and Italy will allow their energy companies to open ruble accounts to pay for gas from Russian state-owned companies.

The sanctions will also hit vessels under construction in South Korea and elsewhere. Sovcomflot has 30 ships being built, most of them ice-breaking tankers that will carry liquified natural gas from drilling operations planned for the Arctic.