Jordan’s recent crackdown against corruption and tax evasion has left the country’s previously untouchable business and political elite flabbergasted by the sudden raids of their homes and offices.

Adding insult to injury, images and information of the raids and investigations were leaked to websites and circulated on social media to the amusement of the public. 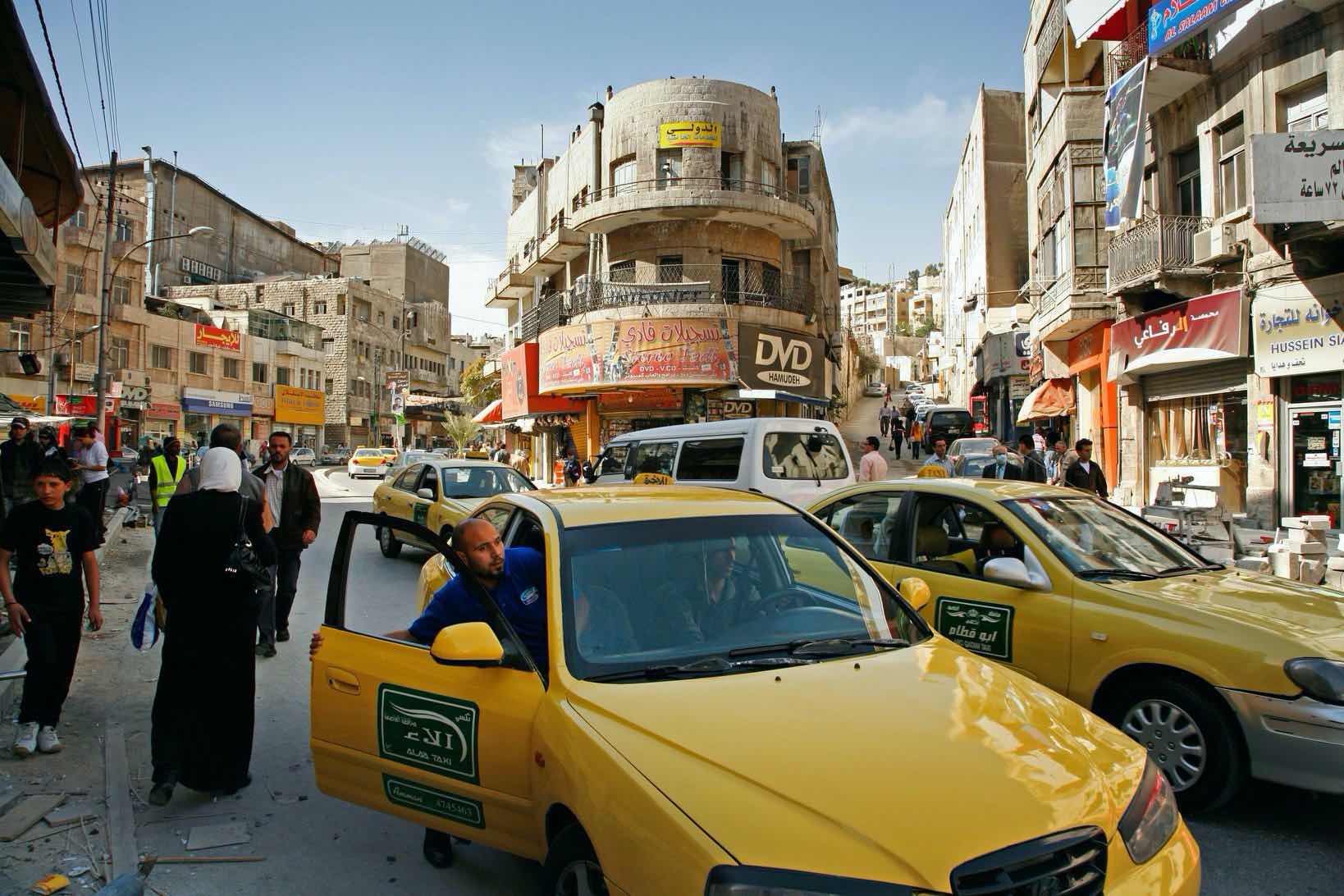 Jordanians followed the action-packed case of the two brothers of Atef Tarawneh, a parliamentary speaker for four successive terms, like a soap opera.

Long considered firm allies of the Hashemite dynasty that rules Jordan, the Tarawnehs were exposed in 2017 by Jordan's Ammannet.net and OCCRP member Arab Reporters for Investigative Journalism (ARIJ) as owners of a business empire that had been granted government tenders worth millions while their brother was in parliament.

The story did not prompt official investigations at the time but that changed with the new anti-corruption campaign.

In the first week of June, news outlets published photos and reports of tax officers escorted by police in full combat gear pulling up at high speed at the headquarters of a company belonging to Atef’s brothers Mohammad and Ahmad Tarawneh, who is the former president of the Union of Jordanian Contractors.

Just a few days later, documents detailing the bank accounts of Tarawneh; his two brothers, their wives, children and in-laws were shared on social media. 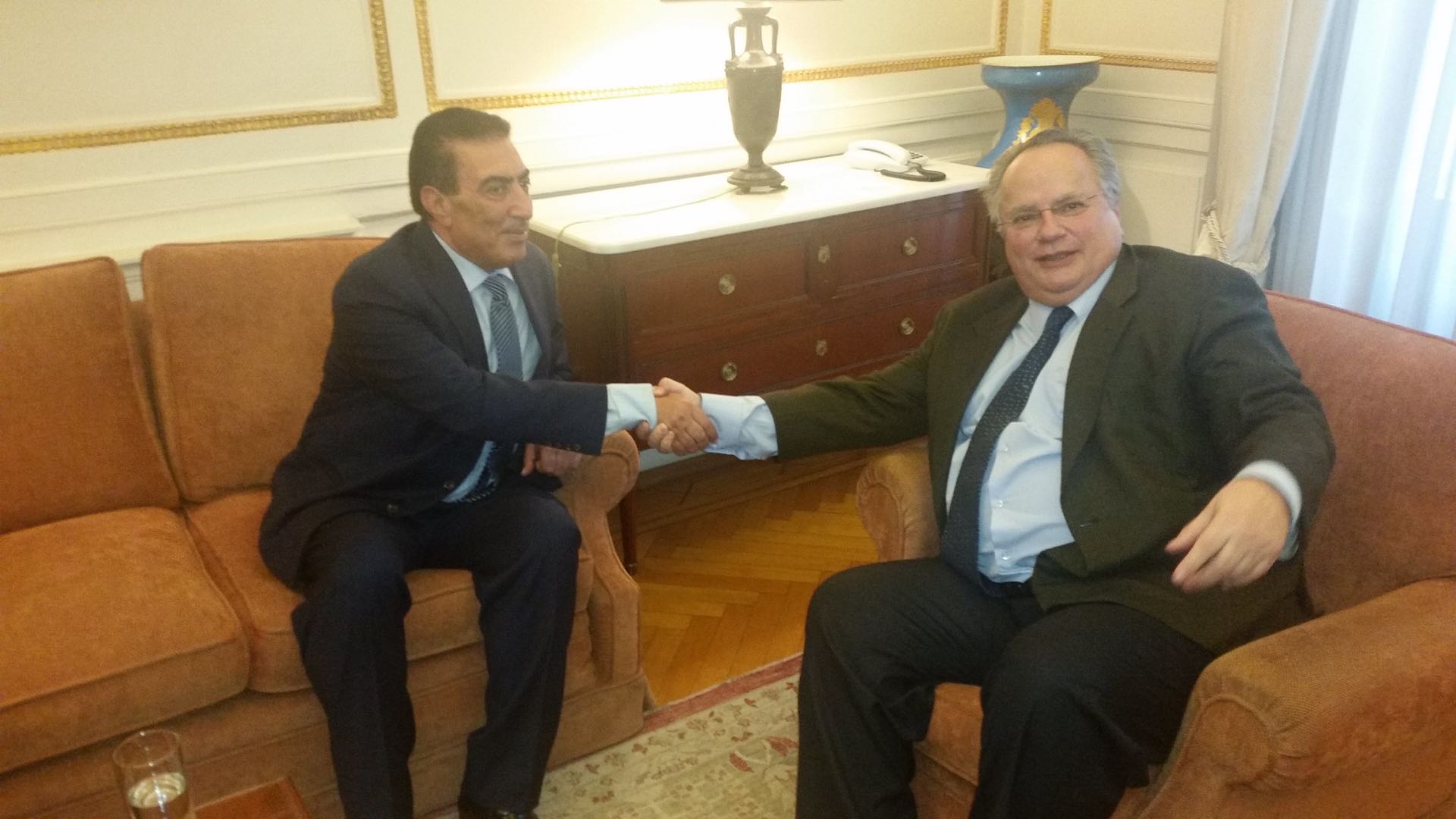 Atef Tarawneh, left, shakes hands with Greece’s then-Minister of Foreign Affairs Nikus Kotzias on March 3, 2016. (Credit: Hellenic Ministry of Foreign Affairs) The Jordanian Integrity and Anti-Corruption Commission, JIACC, froze the assets of the brothers and three of their companies until the investigation into possible abuse of power, corruption and tax evasion.

The Jordanian Integrity and Anti-Corruption Commission, JIACC, froze the assets of the brothers and three of their companies until the investigation into possible abuse of power, corruption and tax evasion.

Again, the order went viral after being leaked to a website.
The brothers issued a press release calling the leaks attempts of defamation aimed at distracting the public’s attention from the true traitors of Jordan.

And although the prosecutor general at the anti-corruption agency unfroze the brothers’ bank accounts so they can pay their employees and subcontractors, days after the brothers’ statement, Ahmed Tarawneh was detained for questioning about misappropriation of public funds in an ongoing construction project.

In general, Jordanians welcomed the new campaign. Corruption and tax evasion has always plagued the country of 10 million. Tax evasion causes losses of US$600-$800 million every year, independent economists told the Jordan Times.

A recent government study has revealed that, additionally, at least 132,000 companies evade paying sales taxes, additionally costing the treasury between $100 million and $200 million a year.

After having dragged its feet for years, Jordan passed a new law in January that gives authorities investigating tax avoidance wider powers, including the ability to conduct searches without needing approval from the judicial system.

Jordan hopes to raise over $1 billion this year in payments and settlements resulting from cases pursued by the tax and anti-corruption authorities. That would almost cover the budget deficit which the coronavirus has doubled compared to last year’s.

JIACC Spokesperson Thamer Awaysheh told OCCRP that 87 corruption cases have gone to court since January. However, legal procedures take a long time and to get hold of illicitly gained funds faster, authorities have drafted amendments which, once passed, will enable out-of-court settlements with suspects. 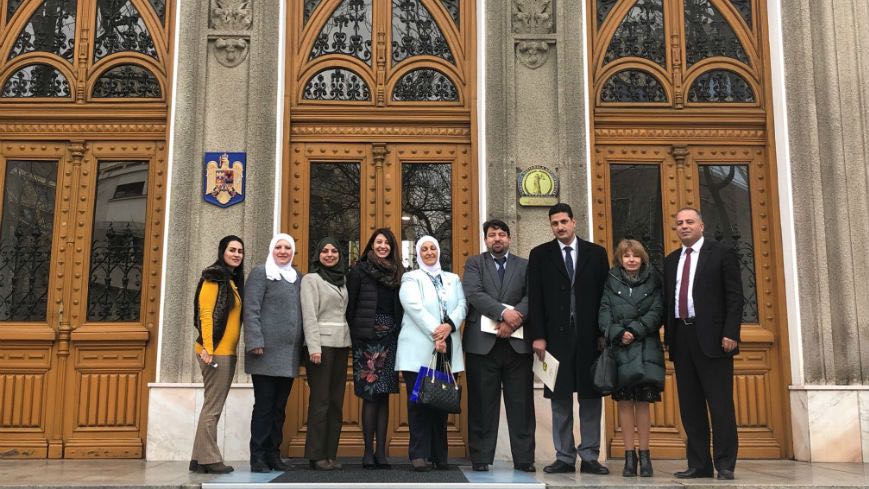 Officials of the Jordanian Integrity and Anti-corruption Commission on a study visit to Bucharest, Romania in March 2019. (Credit: Council of Europe)

The amendments also include legal protection for whistleblowers of corruption.

Authorities have so far raided 650 companies, according to Reuters. They are currently sifting through income tax declarations of 70 wealthy Jordanians, a business editor at a local daily told OCCRP on condition of anonymity.

In a recent interview, Prime Minister Omar Razzaz told Jordan’s Almamlaka TV that 139 out of 300 tax evasion suspects have concluded tax settlements and more are on the way.

The remaining cases will stay open until a settlement is reached, the tax evaders will be tried and their names will be made public, Razzaz said.

“Protecting public money and fighting corruption is a national duty,” he said on Sunday in his third television address to the nation this month.

But some wonder if the campaign is being used to get rid of political opponents and whether it will reach royal suspects and their business friends, some of whom are suspected of having used their political clout to make hefty profits from illegal arms and oil deals to Libya and other war zones.

“It is highly questionable that applying the rules will be universal and that fair play can be instilled given the nature of our culture,” a politician who asked not to be named told OCCRP. “I think very few believe any government can pull that off and touch the real untouchables.”

Many consider the personal information leaks a tactic to humiliate and embarrass political opponents.

At the end of June, a news website reported that former Prime Minister Abdullah Nsour’s house had been raided, his safe box had been seized and that he had been banned from traveling.

Nsour took to Facebook to deny these claims and said he is used to being exposed to rumors.

“I and others who have served in the most difficult and dangerous times, got used to these [social media campaigns] and more,” he said. “We do not care about them and we do not give them any attention.”

The leaks have led to vicious online defamation, a Jordanian official told OCCRP on condition of anonymity.

“This is dealing a serious blow to their reputations as the court of public opinion has already indicted them as fraudsters,” the politician said.
Information Minister Amjad Adailah echoed this on his Twitter account:

“Tax inspection does not mean condemnation. Facebook is not an arena to spread accusations.”

A lawmaker speaking on condition of anonymity told OCCRP that the campaign has taken a new twist.

“It started as a campaign to hunt tax avoiders but now it’s obvious — it is targeting the Tarawnehs while similar high net worth members of the same elite have been dealt with gently, in white gloves,” he said.

“This has become a battle between the system and the Tarawnehs,” he added.

But those in charge of the process say everything is being done by the book.

The current campaign is part of genuine structural reforms, in agreement with the IMF and the World Bank, to improve Jordan’s tax system and turn the country into a healthier, less aid-dependent economy, said Finance Minister Mohammad Al-Ississ.

Justice Minister Bassam Talhouni told reporters that the government’s prosecution of corruption is being implemented in a “fair and transparent manner” and that if errors are made, anyone can bring them to court.

Meanwhile, Jordanians, including a former minister, are eager to see how the new campaign will play out.

“We all want corruption to end, we all want taxes to be paid properly and honestly, but what we all are looking for is accountability, fairness and equity,” the former minister said.

“We hope they are not just throwing under the bus a few minor officials and wealthy businessmen leaving out top officials and members of the elite who are involved in real corruption deals,” he added.