Weapons and Illegal Cigarettes Found During a North Irish Bust 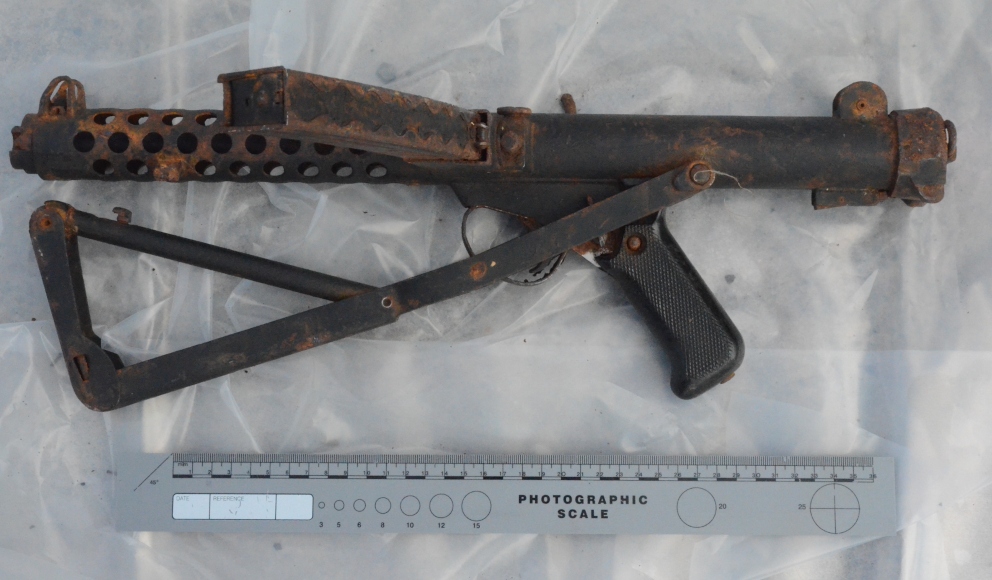 Submachine gun seized during investigation (Police Service Northern Ireland)Throughout seven searches, police collected two assault-style rifles, a submachine gun, class B drugs along with over 7,000 illicit cigarettes during an investigation into the Irish National Liberation Army, INLA, in Derry/Londonderry, according to the police statement. US$16,565 cash, phones, tablets, documentation and hand-rolling tobacco was also found.

Two men, ages 43 and 44, have been arrested in connection to the stash.

Gordon McCalmont, District Commander, said members of INLA are constantly involved in criminal activities including money laundering and drug trading even though they think of themselves as community protectors.

“The INLA are hypocrites allowing those supplying illegal drugs to continue ruining the lives of those with addiction so long as they pay up – and if they don’t they are threatened with severe violence and murder,” McCalmont said.

While INLA, a communist republican group, formally disarmed in 2010, a 2018 article published by the Belfast Telegraph said the group is ”regarded by police as one of Northern Ireland's biggest crime gangs.”

Further investigations into INLA have taken police to County Donegal where they seized 60,000 illicit cigarettes, counterfeit clothing, tobacco, DVDs, money and other items, according to the statement.