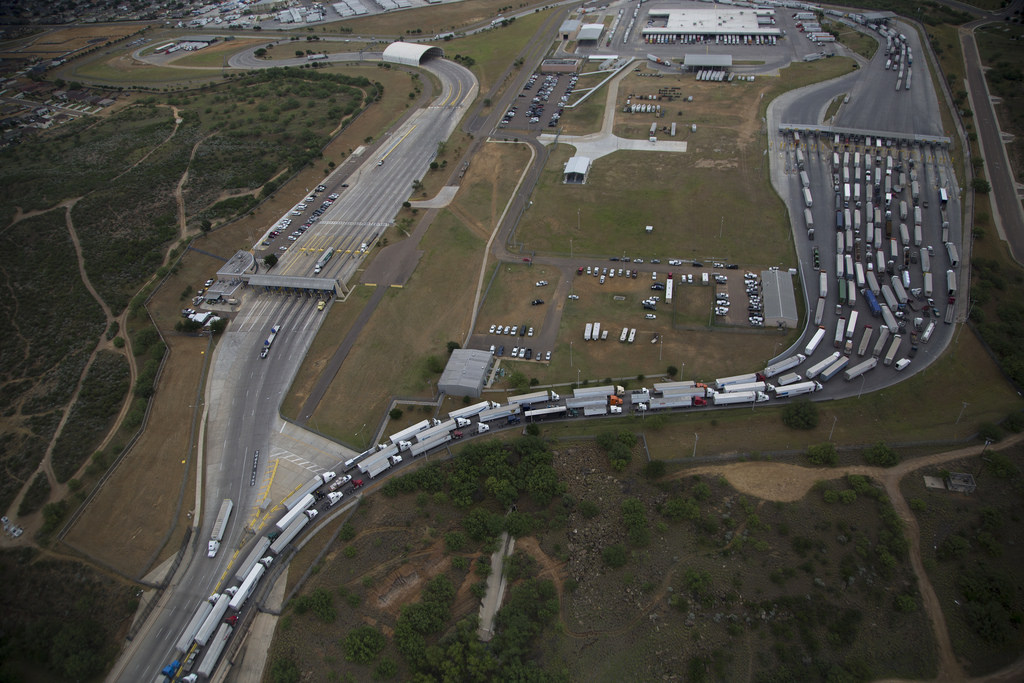 The World Trade International Bridge connecting the cities of Laredo, Texas, and Nuevo Laredo, Mexico (Photo: U.S. Customs and Border Patrol)Four men and two women, all residents of Laredo, were each convicted of money laundering conspiracy at the conclusion of the five-week jury trial. Sentencing has not yet been scheduled.

This particular scheme is what is known as a Black Market Peso Exchange (BMPE), a laundering technique common with narcotics traffickers in Colombia and Mexico. Legitimate businesses in Central and South American countries suffer from a lack of U.S. dollars to conduct international business. To avoid financial regulations, these businesses rely on “peso brokers” to organize an exchange of legitimate local currency for dirty U.S. dollars—the fruits of the narcotics traffickers’ labor.

As one legal blog explains, the exchange ensures the dirty drug money does not cross international borders, but is instead “used to purchase any number of legitimate commodities from unsuspecting businesses on behalf of legitimate South American businesspersons whose legitimate imports are used to obtain pesos for the drug cartels.”

The intricate scheme orchestrated by the six Laredo individuals saw money acquired from the sale of narcotics in the U.S. laundered through businesses in Laredo. Those funds were then sent back to narcotics dealers in Mexico.

From 2011 to 2013, the co-defendants were successful in circulating millions of dollars through numerous U.S. states via couriers, cars, commercial buses and planes. The money arrived at its destination in plastic bags, suitcases, backpacks and even cereal boxes, often hundreds of thousands of dollars in cash at one time.

The cash was distributed among local Laredo businesses, including perfume stores. The owners of those stores accepted the cash even after being told it was “narco dinero,” and failed to file Form 8300s, which are required by the Internal Revenue Service when a business receives more than US$10,000 in cash.

In a very similar case back in 2011, a Laredo man named Vikram Datta was convicted in connection with a Black Market Peso Exchange scheme that saw more than $25 million deposited into dozens of bank accounts.

Datta, who at one time operated four profitable perfume stores in Laredo in addition to businesses in New York, Arizona and California, sent millions of dollars worth of perfume south across the border.