Interpol and Europol coordinated with national agencies across 57 countries to carry out their largest-ever seizure of dangerous fake food and drink, news releases by the two agencies said Wednesday. 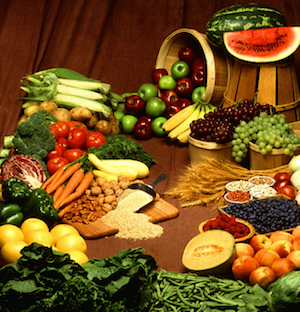 (Photo Credit: Wikipedia)More than 10,000 metric tonnes and one million litres of fake food and drink were seized. Numerous arrests were made and investigations are ongoing to “identify and disrupt the organized crime networks behind the trafficking in fake goods,” the release said.

Authorities confiscated at least 85 tonnes of olives painted with copper sulphate to enhance their color in Italy, several kilograms of monkey meat in Belgium, and 11 kilograms of locusts and 20 kilograms of caterpillars in France, the BBC said.

Enough fake alcohol was seized to fill 12,000 baths, according to the BBC. Authorities in the United Kingdom confiscated nearly 10,000 litres of fake or adulterated alcohol and Greek officials more than 7,400 bottles, along with counterfeit labels and three illicit factories, the news release said.

False labeling continues to be a problem, the releases said, citing as examples peanuts repackaged as pine nuts and adulterated honey found in Australia. An unconnected study by the marine conservation advocacy group Oceana in 2014 found that around one-third of shrimp products they tested in the US were misrepresented.

Europol’s Chris Vansteenkiste said that the results of the operation “clearly reflect the threat that food fraud represents,” saying how rising food prices create the opportunity to sell fake products within “a multi-billion criminal industry which can pose serious potential health risks to unsuspecting customers.”

The operation was the fifth in the Opson series, first launched in 2011 in 10 European countries. They now involve nearly 60 countries in every region in the world, the Interpol-Europol news release said. The last major Opson operation a year ago saw 47 nations seize more than 2,500 tonnes of counterfeit or mislabeled food.