In a two-month operation spanning 47 countries, Interpol and Europol have seized thousands of tons of fake food and drinks. 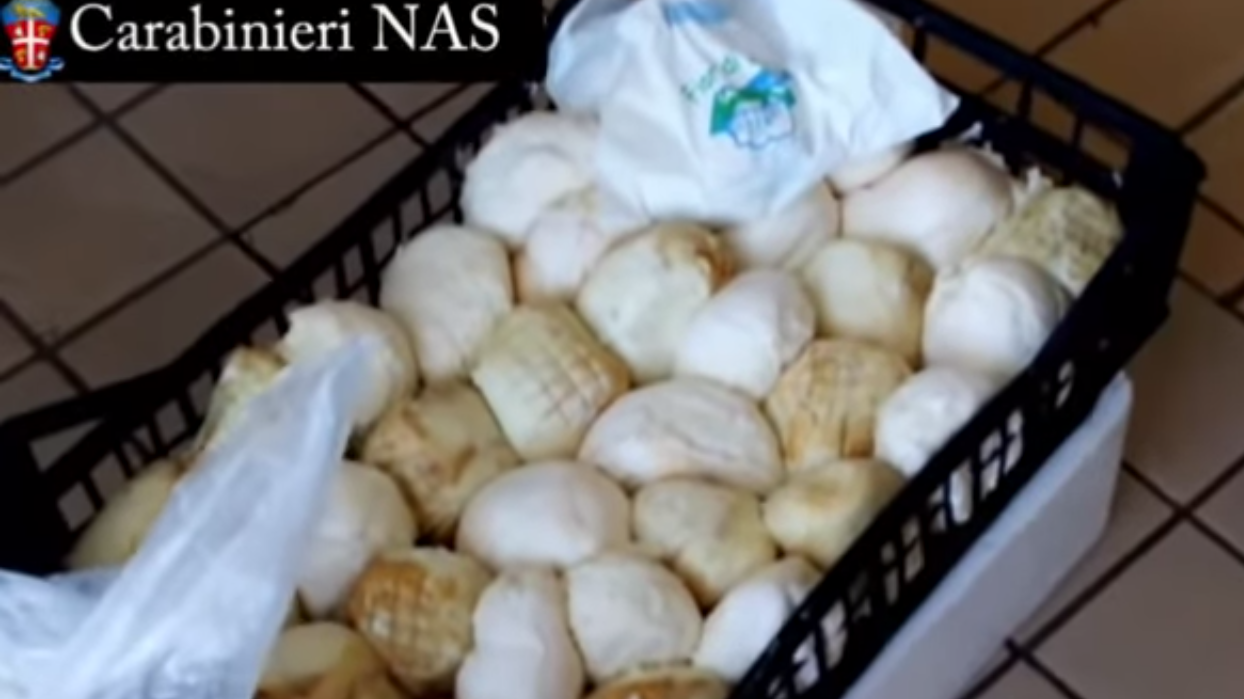 Seized mozzarella, as shown in a police videoThe record-breaking haul of counterfeit goods was netted in raids throughout December 2014 and January 2015. It is the latest of a series of operations targeting the trade of counterfeit foods, an illegal industry that makes millions of euros for criminal networks.

Worldwide, nearly 275,000 liters of drinks were seized, most of which was counterfeit alcohol. In one case, police raided a plant in the United Kingdom that produced fake vodka containing antifreeze. Back in 2012, the Czech Republic temporarily banned the sale of hard alcohol after dozens of deaths from similar fake vodka made with windshield wiper fluid.

In another, authorities in southern Italy found a cheese factory producing fake mozzarella. In the scam, cheese past its expiry date was imported from Eastern Europe and chemically treated to give the appearance of fresh mozzarella. Investigators said crooks also smoked cheese in the back of a van over a smoldering pile of trash.

An illegal slaughterhouse was shut down in Hungary.

Michael Ellis, head of Interpol’s Trafficking in Illicit Goods and Counterfeiting unit, emphasized the dangerous nature of these products. “Fake and sub-standard food and drink pose a real threat to health and safety. People are at serious risk and in some cases dying because of the greed of criminals whose sole concern is to make money.”