A Beijing court has sentenced a former senior regional official from north China’s Inner Mongolia Autonomous Region to life in prison for accepting bribes, according to the official newspaper of the government of China, People’s Daily.

Wang Suyi was expelled as chief of the United Front Work Department in the northern region of Inner Mongolia last year after mistresses accused him of taking bribes of US $1.73 million and of nepotism involving around 30 relatives. The bribes from 2005 to 2013 were in return for facilitating business deals for companies and promotions for individuals, reports The Australian. 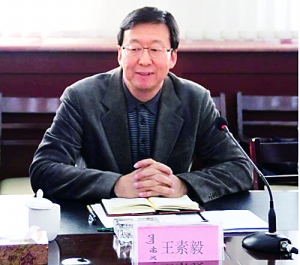 In the ruling, the court confiscated all of his property and illegal assets and barred him from politics for life, says People’s Daily.

Among 40 people investigated, Suyi is the first high-ranking official to face a criminal trial since the 2012 election of President Xi Jinping, who launched an extensive campaign against graft after the 18th National Congress of the Communist Party in late 2012.

President Jinping warned that corruption is weakening party discipline and that it threatens the Party’s survival. He said that both “tigers and flies” – high and low ranking corrupt officials, would be targeted, reports People’s Daily.

According to Press TV, tens of thousands of allegedly corrupt officials have been arrested since the start of President Jinping’s anti-graft campaign.

Former vice-chairman of the Chinese People’s Army was expelled from the Party in late June for taking bribes.

Suyi was expelled in September, and two more senior officials were expelled yesterday and are expected to face prosecution for corruption, receiving bribes and adultery, reports Reuters.

The Party has also launched a campaign to end adultery, considered a severe breach of party discipline, since Party members are expected to uphold high moral standards.

According to the Organization Department of the Party’s Central Committee, party membership surpassed 85 million in 2013.