A hitman for a renowned Puerto Rican drug trafficking organization was sentenced to 40 years in prison following his guilty plea to the murder of three people as part of a  racketeering conspiracy, according to a U.S. Department of Justice (DOJ) statement. 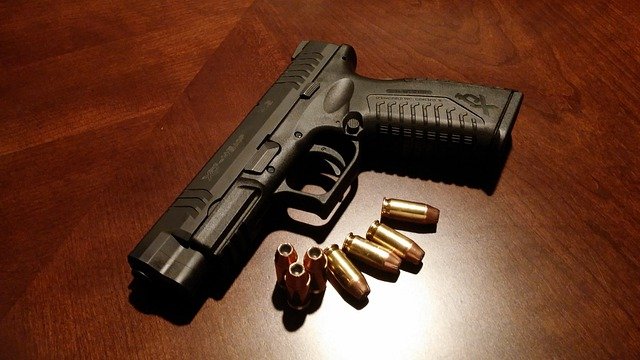 A contract killer for a renowned Puerto Rican drug trafficking organization was sentenced to 40 years in prison after pleading guilty to three murders. (Photo: Brett Hondow, Pixabay, License)Oscar Valdez-Garcia, a.k.a. Pony, was a contract killer for the Organizacion de Narcotraficantes Unidos (La ONU), a Puerto Rican cartel that, at its peak, ruled the island’s crime syndicates through murder, racketeering, and drug trafficking.

During the proceedings, U.S. Attorney Damian Williams said that Valdez-Garcia “murdered three people on behalf of a brutal drug cartel” and that “his killings were depraved and despicable.”

La ONU manages distribution networks which ship thousands of kilograms of cocaine into the mainland United States. The cartel is therefore not shy towards committing acts of violence and murder in order to protect and expand those interests.

Speaking to his time as an assassin, Valdez-Garcia pleaded guilty to three murders in 2006, all committed for the benefit of the cartel.

One of his victims, one Israel Crespo-Cotto, was a double-amputee who lost his legs to diabetes. Crespo-Cotto’s crime was the suspicion of having cooperated with federal authorities, enough for senior La ONU figure to order his assassination.

At the time of the killing, he was seated in his wheelchair beside his daughter; Valdez-Garcia opted not to use precision, instead choosing to gun him down with 24 shots.

The other two, Ken Gonzalez-Rodriguez and Jean Adorno-Caballero, were marked for death due to their involvement in a drug robbery.

The assassin immediately fled and disposed of his weapon. Gonzalez-Rodriguez and Adorno-Caballero, still alive, also tried to escape, but they eventually succumbed to their injuries and died on the side of the road.

Several agencies were involved in the case to bring Valdez-Garcia to justice, including the Drug Enforcement Administration; the Bureau of Alcohol, Tobacco, Firearms and Explosives (ATF); and various municipal police departments; with the DOJ’s Violent and Organized Crime Unit leading the prosecution’s efforts.

“Today Oscar Valdez-Garcia was rightly sentenced to 40 years in prison for his horrific crimes,” Williams said.