Spain Arrests 14 Linked to Illegal Dumping of Over 200,000 Tonnes of Waste

The Spanish Civil Guard arrested Wednesday 14 people employed across multiple companies and suspected of illegally dumping more than 115,000 tonnes of hazardous waste without properly documenting or recycling it beforehand. 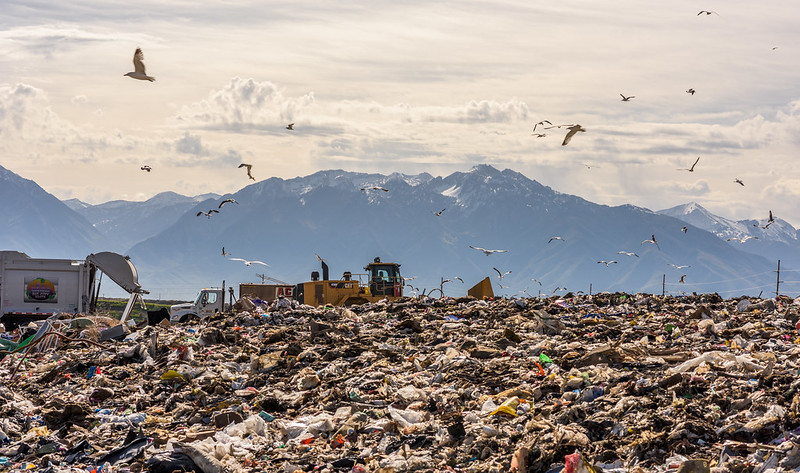 Spanish authorities arrested 14 individuals alleged to have illegally dumped over 200,000 tonnes of waste into landfills and the Mediterranean Sea. (Photo: Geoff Livingston, Flickr, License)In what was dubbed Operation RUBO, authorities from Spain’s Environment and Urban Planning Unit, as well as the Central Operational Unit for the Environment, investigated a Valencia-based waste management company suspected of illegally mixing different types of waste and altering the treatments necessary for its proper decontamination, before eventually dumping the garbage into the sewage system and Mediterranean Sea.

Also targeted by investigators was a transport company that transferred the improperly treated waste to the landfills before it was safely processed.

Further probing revealed a conspiracy that had been ongoing since 2015. Among the findings were: hazardous materials that had been improperly stored outdoors, the falsification of documentation pertaining to waste management, and the improper handling of wastes containing asbestos.

Although a natural material, asbestos poses a severe health and safety hazard to humans. Its inhalation can lead to lung cancer and other life-threatening illnesses.

The investigation dug up over 115,000 tonnes of garbage that were never declared to waste management authorities. The reason for this being that the plant was not equipped to process the excess quantities of hazardous materials, which reportedly also included vats of sulphuric acid.

Choosing to ignore the mandated safety procedures, much of this waste was subsequently shipped to landfills without the necessary treatments or authorizations that would have deemed it safe to remain exposed outdoors.

Investigators estimate that the transport company made nearly 2,800 trips across Spain during the conspiracy, carrying over 200,000 tonnes of waste.

Also brought to light was the illegal exportation of plastic waste to Southeast Asia under the guise as raw materials, when it should have been resigned to decay as waste following proper decontamination.

Agents of the Nature Protection Service (SEPRONA) were the ones to discover the excess dumping of hazardous materials throughout Spain’s sewage networks. What they found were high levels of dangerous contaminants as well as significant pollution in areas where the waste water spewed into the Mediterranean Sea.

A total of fourteen individuals from the companies responsible were subsequently arrested for their alleged role in the conspiracy.

Spanish authorities are labelling this as a significant environmental concern that necessitates strict regulations to guarantee proper recycling management and oversight.

The Civil Guard noted that the improper handling of such wastes can release a significant amount of pollutants and hazardous materials into the environment.

Should they be exposed to the open air without proper treatment, authorities warn that heavy metals can seep into the earth and ground water where they will eventually find their way into the local food chain.