Hundreds of thousands of children across Africa face witchcraft accusations and subsequently suffer grievous human rights violations – according to a new report by the African Child Policy Forum (ACPF), an independent policy research center based in Addis Ababa. 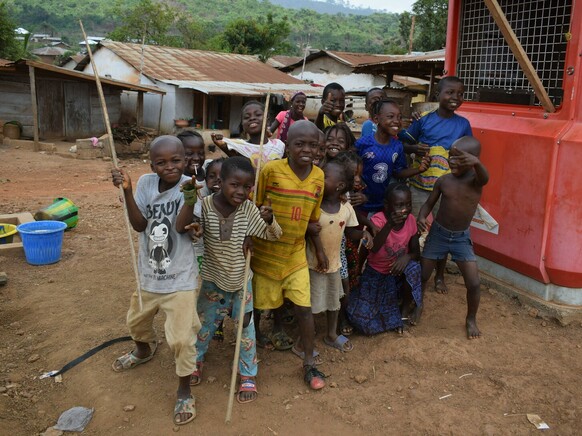 ACPF estimates that hundreds of thousands of children in Africa face witchcraft accusations each year. (Photo: Josef Skrdlik, OCCRP)“The horror that children accused of witchcraft are subjected to is indescribable,” said Joan Nyanyuki, Executive Director of ACPF, during the launch of the report.

“They suffer public humiliation, forced confessions, torture, violent beatings, are forced to ingest traditional cleansing medicines, are expelled from their homes, ostracised from their communities, maimed and, in extreme cases, murdered,” she added.

Witchcraft accusations were previously targeted almost exclusively at women and the elderly. Accusations against children are a relatively new phenomenon and seem to be motivated by a belief that children are more vulnerable to indoctrination by malevolent adults and the influence of the evil spirit.

Generally, it is the most vulnerable who fall victim to the accusations, such as orphans or children with disabilities and mental health conditions.

“It is because they are different, and people don’t understand that difference,” explained Nyanyuki. “Then the neighbors come (claiming) that their potatoes didn’t grow. It must be that child who has bad eyes.”

The attacks happen within communities, among families and neighbors, and tend to be kept secret within a closed circle.

The report is notably trying to draw attention to the fact that witchcraft accusations by themselves, even if not followed by physical abuse, can inflict severe harm to children. For example, last year in Liberia, six-year-old Catherine Karma was allegedly expelled from school because of her witchcraft powers.

The action was to be taken because her classmates feared that she would kill the teacher and suck their blood. Subsequently, Catherine was ostracized from the community.

“My friends in my yard can’t play with me again, they are afraid of me. Only my small brother and I can play,” she complained.

In the end, the family, fearing for her future, decided to leave the village and start a new life.

According to the report, children are highly susceptible to accepting the witchcraft accusation, as it is widely believed that one can be a witch without being aware of the fact.

This, as well as the resulting family neglect and social isolation, can have severe mental health impacts and impair their development. Only very few countries criminalize witchcraft accusations, however. Moreover, even when the legislation is in place, it is rarely enforced.

A study by HelpAge International attributes this failure, in part, to the belief in witchcraft being so widespread in some countries that it also involves the police and members of the judiciary. Thus, anti-witchcraft legislation is seen as offering unfair protection to the alleged culprits.

It might be necessary to acknowledge that the beliefs exist, rather than try to eliminate them, implied Nyanyuki.

The key to preventing the harm is “finding ways to make communities secure without inflicting abuse on a child, regardless of how dangerous they may consider that child to be,” argues the report.

It proposes to focus on helping communities to “devise rituals of protection that serve to protect everyone in the community while purifying those believed to bear evil forces”.