Four U.S. senators introduced a bill Tuesday to stop Russia from using its US$130 billion in gold reserves to stave off economic disaster stemming from its invasion of Ukraine. 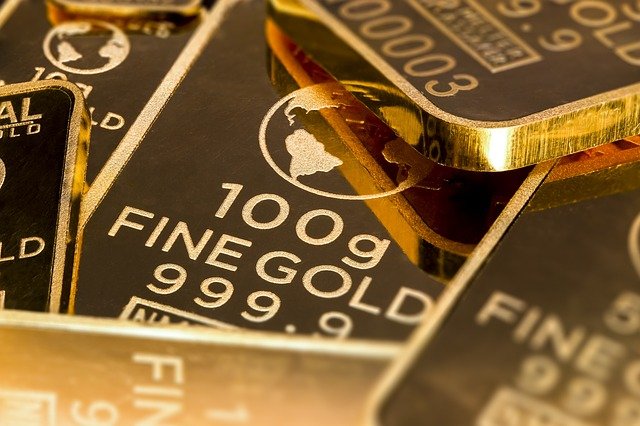 The bill could be voted on as early as Friday.

If passed, it would bar any U.S. citizen or entity from selling or trading gold from Russia’s central bank holdings, or from selling gold physically or electronically in Russia.

“The free world’s sanctions are devastating Russia’s economy – and as long as [Russian President Vladimir] Putin continues his unprovoked and horrific invasion of Ukraine, we must keep up the pressure,” said Senator King. “Russia’s massive gold supply is one of the few remaining assets that Putin can use to keep his country’s economy from falling even further.”

Just under 3,000 new sanctions have been levied against Russia since it invaded Ukraine two weeks ago.

Early reports indicate these sanctions are having a devastating impact on Russia’s economy. Its currency, the ruble, has depreciated by roughly 40 percent and in response the country’s central bank was forced to double interest rates.

Russia began stockpiling gold in 2014 after the first round of U.S. sanctions in response to  the annexation of Crimea, according to Axios. Until now, its stockpiles—valued at roughly $130 billion—have remained untouched and experts fear that they could be sold to bring in much-needed revenue.

“Russia has taken a page out of Venezuela’s book by exploiting a loophole in current sanctions that allows them to launder money through the purchase and sale of gold,” said Senator Cornyn. “This legislation would apply secondary sanctions to parties who help Russia finance their war by buying or selling this blood gold.”

The proposed Stop Russian GOLD Act comes a week after the Bank of Russia said that it will resume buying gold on its domestic precious metals market in an attempt to sidestep international sanctions imposed on the country’s financial institutions.

In layman’s terms, Russia seeks to stockpile its gold reserves to offset the devaluation of its currency, then sell it as needed on the international market in order to obtain higher-valued currency.

King hopes that by sanctioning Russia’s gold reserves, the U.S. can “further isolate Russia from the world’s economy and increase the difficulty of Putin’s increasingly-costly military campaign.”

Gold is widely viewed as a safe-haven asset since it consistently retains its value during times of economic strife.

Market Insider reports show that gold prices exceeded $2,000 per troy ounce on Monday, the first time it had done so since August 2020.

A troy ounce is a unit of measurement conceived during the Middle Ages that is used for weighing precious metals. One troy ounce is equal to just over 31 grams.

Since Russia finds itself shut out from international financial markets more and more with every passing day, its $130 billion in gold reserves could go a long way in sustaining its war efforts.

“Congress must make it harder for Putin to liquidate Russia’s gold and use those proceeds to fund its invasion of Ukraine,” said Senator Hagerty.

Additionally, as NATO member states hesitate to openly enter the fray for fear of escalating the conflict, their only options for now appear to be providing humanitarian support towards Ukraine and levying additional sanctions against Russia.

“The U.S. and our allies must be steadfast in standing up to Russian aggression and ensure that we block any escape hatch Putin has in getting around the full weight of our sanctions,” said Senator Hassan.

The bipartisan group of senators hopes to include the proposed legislation in a spending bill to be voted on Friday, an aide told Axios.