An international foundation dedicated to the fight against illicit wildlife trade said on Tuesday that it hopes the case of the dismantled organized criminal group that was smuggling ivory from Africa to China could provide a blueprint for authorities to take on other major trafficking groups around the world. 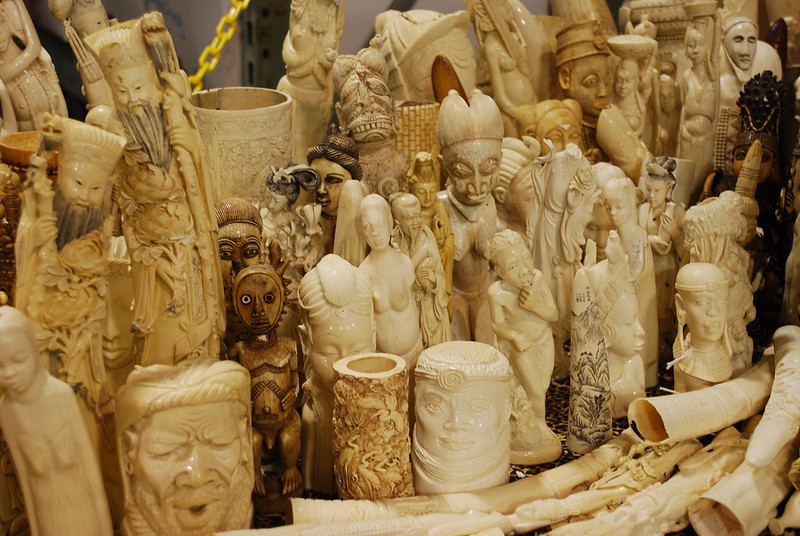 That began to come to an end when the scion of the clan, Chen Chenzong, was arrested at a restaurant in China and culminated with 17 convictions against members of the gang including him, his brother Chen Chengguang, and the ultimate leader of the group, their father, Chen Jiancheng.

The family’s story begins like so many others who tried to make a fortune as China transitioned into capitalism.

“The Chen family was purportedly one of the first families who made a fortune in business in their hometown, Shanting Town in Putian city, Fujian province,” said the report. Chen Jiancheng’s father had been involved in several businesses in marine aquaculture, food processing, real estate development, and timber, while Chen Jiancheng and his two brothers developed their own businesses in construction materials, timber, farming and real estate.

Like many others from the region, Chen Jiancheng began working in Africa. It is there that he is believed to have built the contacts to begin his ivory smuggling operations into China.

Ivory has long been highly valued in China and elsewhere in East Asia, where it is used both in jewelry as well as in traditional medicine. According to the World Wildlife Fund, around 20,000 elephants are killed each year for their tusks. Though China had long banned imports of ivory, the internal trade of the material was legal until 2018.

In 2011, Chen’s sons, Chenzong and Chengguang, established a timber shop in China’s southern Guangdong province. Despite the fact that by all accounts the two seemed to have little understanding of the timber industry, their fortunes seemed to be improving rapidly. Chengzong was driving luxury cars around town. According to the Wildlife Justice Commission’s report, the shop was a cover for the ivory smuggling business.

Two years later, in 2013, Chinese authorities found four tonnes of elephant ivory and seven kilograms of rhino horn in a shipment of rosewood timber coming from Nigeria to mainland China via Hong Kong. Authorities discovered it was owned by the three Chens, but before they could be apprehended, the family fled the country.

Nonetheless, the group kept funneling ivory into the country, eschewing the Hong Kong route for one which snaked through Singapore and South Korea, before entering China at the northern port of Yantai.

During the years of the Chen Family’s operations, the WJC identified ten factors which enabled their illegal activity. They include the fact that the source of the ivory, Nigeria, has proven itself particularly vulnerable to corruption and illegal trade.

Also, weak border controls, such as those between China and Vietnam, allowed the Chens slip in and out of the country even after they fled, while a network of sham companies allowed the family to successfully launder their income.

Their empire didn’t come crashing down until after China fully banned the trade of Ivory on December 31, 2017.

Since then Chinese authorities have taken a far stronger stance against the ivory and other illegal wildlife trades.

“In 2018, the Chinese government began implementing a new strategy whereby Chinese nationals were being deported from Africa to China to face prosecution for wildlife crimes committed in African countries,” the report said.

“Within China itself, entire trafficking groups were being arrested for wildlife offences. Chinese law enforcement is also now looking at foreign nationals committing serious offences in China, as demonstrated by the conviction of Malaysian national Chua Siew Tuang in the Chen ivory smuggling case,” it added.

According to the WJC, the Chen case was particularly commendable because the authorities did not just target the low level smugglers, but the king pins at the very top of the smuggling network.

“The case of the Chen OCG is significant not only because it is the largest ivory smuggling case that has been convicted in China, but because it effectively dismantled an entire smuggling network from the source point in Africa to distribution in China,” their report said.

“This case is a model for an effective response to tackle transnational organised wildlife crime and demonstrates the extent of law enforcement efforts in China during recent years to address this issue, and particularly the crackdown on illegal ivory trade,” it concluded.