Authorities in Portugal said on Saturday that they have arrested two alleged members of a Montenegrin criminal organization who are sought in the Balkans for extortion and drug trafficking. 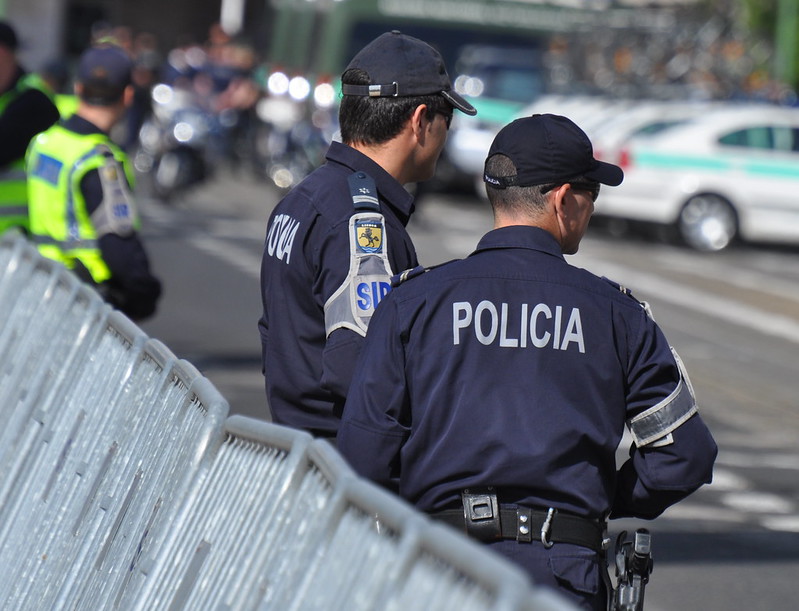 Portuguese Police. (Photo: copsadmire@yahoo.es, Flickr, License)Montenegrin law enforcement issued an international arrest warrant for the two suspects in 2017. Both men, reportedly father and son, are now in preventive detention and await their extradition to Montenegro, Portuguese officials said in a statement.

During the arrest, police seized illegal firearms, false identifications and a vehicle stolen in July 2019.

Local newspaper Jornal de Noticias identified the two men as Igor and Vladimir Božović and said the two suspects allegedly belong to the Montenegrin Kavač gang which is involved in extortion, trafficking and money laundering.

Local media reported that the two men arrived in Portugal in March last year and lived a discrete life, rarely leaving their property.

The criminal organization has been fighting a bloody war with another clan from Montenegro called “Škaljari” over control of cocaine smuggling from South America.

Initially part of the same gang, the Kavač and Škaljari clans split in 2014 after a bad drug deal. Their rivalry has escalated ever since: press reports suggest that more than 40 people have been likely killed in clashes connected to the gang conflict since 2015.

The clan war’s trail of blood stretches across the Balkans and beyond, with murders in Spain, Germany, Austria, the Netherlands, and Greece, an OCCRP investigation revealed last year.