German police arrested eight people aged between 24 and 55 and searched dozens of premises throughout the country as part of a mega operation that targeted right-wing groups allegedly involved in drug and arms trafficking and money laundering. 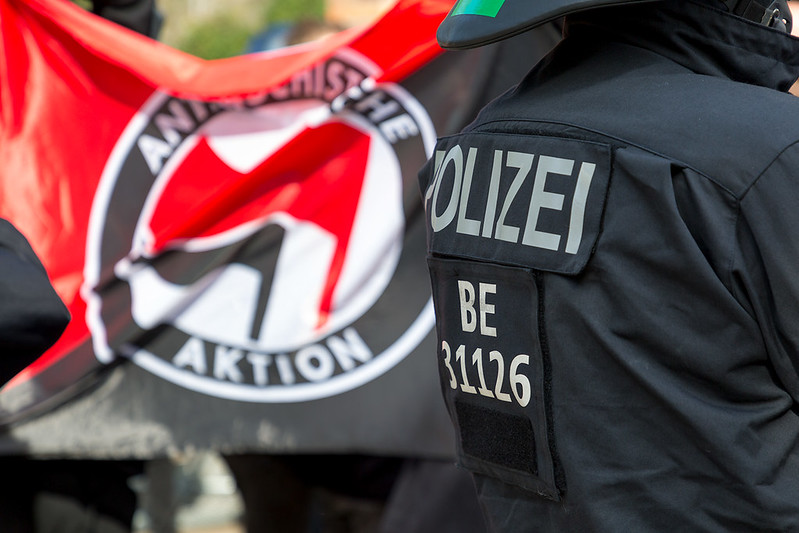 German police target right-wing groups allegedly involved in drug and arms trafficking and money laundering. (Photo: Kai Schwerdt, Flickr, License)More than 500 officers took part in the crackdown on a neo-Nazi network in the central states of Thuringia and Hessen and the eastern state of Saxony-Anhalt, police in Thuringia said in a statement. Local media later reported the number of arrested suspects rose to ten.

Authorities seized long weapons, large amounts of cash and right-wing symbols in one of the raided premises the statement referred to as “The yellow house.” According to a 2016 report from the Thuringian Office for the Protection of the Constitution, the property has for years served as a meeting place for supporters of the most dangerous and influential neo-Nazi groups in Thuringia.

Police also seized a limousine and narcotics, including crystal meth and heroin.

The suspects are alleged members of neo-Nazi brotherhoods Turonen and Garde 20, German media outlet MDR reported. The local broadcaster added that the organization has been involved in large-scale drug trafficking in Thuringia for years and has reportedly been laundering the proceeds from its criminal deeds.

Thuringia's Interior Minister Georg Maier, known for fighting extremist groups, told local media that the operation is “a hard blow” to right-wing networks in the region.

"The case shows that we have to take a close look at the connections between right-wing extremism and organized crime," Maier told Spiegel.

The operation stems from a secret wiretapping operation by the Thuringian Office for the Protection of the Constitution. The agency has been monitoring key stakeholders of both of these groups for two years, MDR reported.

Usually dressed in black and exhibiting silver badges on their jackets, Turons first appeared publicly around 2014 and initially promoted themselves as event managers, having contributed to the organization of dozens of neo-Nazi concerts, Germany’s Suddeutsche Zeitung reported.

One of their signature concerts includes a festival-like event advertised under the name “Rock against Foreign Infiltration”.