Bulgarian authorities detained nine suspected members of a gang that advertised the quality of its cash and documents forging skills by showing off a fake Bulgarian passport in the name of Hollywood star Sylvester Stalone “with most of the security features perfectly falsified,”Europol said on Monday. 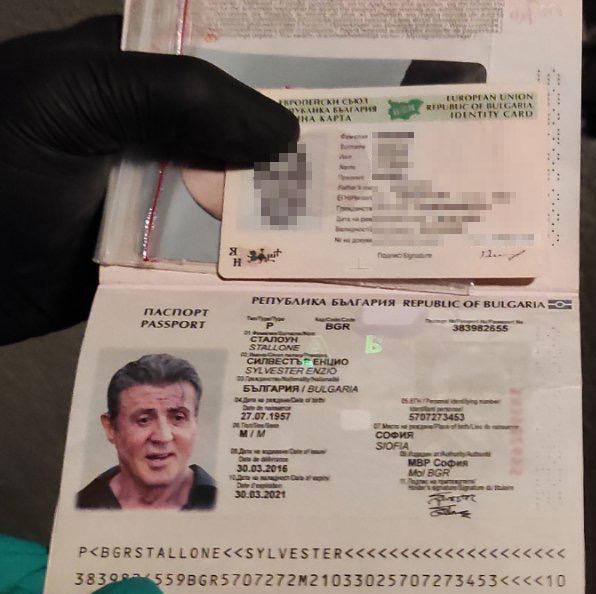 The gang was taken down with the support of the U.S. Secret Service. (Photo: Europol)The group based it’s money counterfeiting operation in a Bulgarian resort town while documents were forged in the cities of Shumen and Plovdiv, not far from Turkish border. During the raid of 30 objects and vehicles police seized 417,128 euros (US$501,000) in false 100 and 500 euro bills as well as $356,300 in fake 50 dollar bills.

The gang was taken down with the support of the U.S. Secret Service. Some of the suspects were linked to another group that was busted in 2018 and used the same facilities that group used as a print shop.