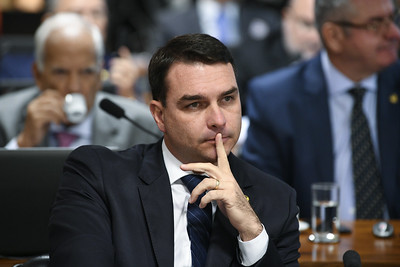 While he was serving in the Rio de Janeiro state legislature, the President's son allegedly organized and ran a corruption scheme in which, as Reuters reported, “employees would kick back part of their salary to him.”

O Globe cited excerpts from the 300-page indictment, saying that Bolsonaro junior, who has been a partner in a chocolate store, received 1.6 million reals ($282,420) in cash which were “artificially inserted into the company's equity.”

The investigators, according to the newspaper, have also registered numerous irregularities in Bolsonaro’s purchase of real estates, like apartments in Copacabana, Laranjeiras or Barra da Tijuca.

The newspaper described the Bolsonaros as a strong family clan which deployed 102 people tied to them to different positions over the last 28 years.