A Federal Court in Boston sent on Wednesday a Canadian citizen behind bars for artificially inflating stocks owned by him and his co-conspirators with the intention to generate US$15 million in fraudulent proceeds. 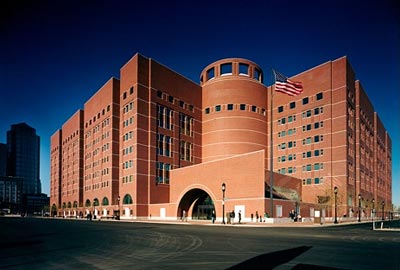 Boston Federal Court. (Photo: Steve Rosenthal, uscourts.gov)Morrie Tobin, resident of Los Angeles, was convicted of securities fraud and conspiracy to commit securities fraud and was sentenced to jail for one year, two years of supervised release and ordered to pay a fine of $100,000 and forfeiture of $4 million.

Tobin and three other co-conspirators disguised their ownership and control of securities in small publicly traded companies and then artificially inflated the value of the stocks through paid promotional campaigns and manipulative trading techniques to make the substantial profit when selling them.

From 2013 to 2018, the team built up the scheme by setting a network of shell and offshore companies between which they transferred shares.

According to the Attorney’s Office of the District of Massachusetts, the four managed to generate proceeds of approximately US $1,5 million while selling the share of their shell company named Environmental Packing Technology (EPTI) from June 9 to June 27, 2017  when the U.S. Securities and Exchange Commission halted trading in EPTI shares.

“Based on the number of shares under their control, prosecutors calculated that the group intended to generate $15 million this way, the press release said.

One of the co-conspirators had already been sentenced while the two others are scheduled to be sentenced in the upcoming weeks.