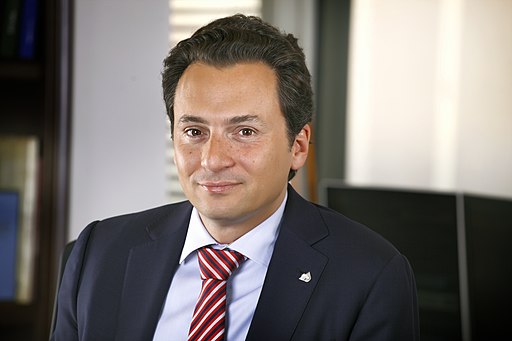 Lozoya, who headed PEMEX from 2012 to 2016 and was a friend of the former president Enrique Pena Nieto, is accused of bribery, criminal association and money laundering in the Mexican chapter of the large-scale Odebrecht corruption scandal.

He allegedly persuaded the former director of Odebrecht Mexico to give US$4 million for Pena Nieto’s 2012 campaign with the promise that the company would get a share of the public contracts from an energy reform if Nieto got elected.

In addition, Lozoya allegedly received $6 million in bribes from Odebrecht in exchange for PEMEX contracts.

According to the prosecutors, Odebrecht made more than $39 million in profit from those arrangements.

In a first hearing since his extradition, Lozoya had appeared before the judge on Tuesday for corruption allegations regarding another company, Mexican fertilizer Agro Nitrogenados.

According to news portal Infobae, Mexican authorities believe that Lozoya received a juicy bribe to promote the purchase of a fertilizing plant for twice it's worth, which led PEMEX to lose $365 million. The bribe is believed to have been recycled through tax havens and ended up paying for a villa in Las Lomas, Mexico.

The judge reportedly granted the prosecutors a six-month delay to complete the investigations on Lozoya and ordered that during that time the suspect remains monitored by an electronic bracelet and took away his passport to prevent him from leaving the country.

Both sessions will take place virtually since Lozoya has been hospitalized for anemia and other health issues since he arrived in Mexico.

Brazilian news channel Globo obtained in 2017 documents showing that Lozoya accepted $10 million in bribes from Odebrecht to secure tenders while he was heading PEMEX.

Arrest warrants were issued against him last year for both Odebrecht and Agro Nitrogenados cases, but the information was leaked to Lozoya who managed to flee. He was on the run for eight months before Spain arrested him in February in Malaga.

Lozoya has consistently denied any wrongdoing and has said in a letter of consent to his extradition that he would collaborate with the investigators.

In his morning conference on Tuesday, Mexican President Andres Manuel Lopez Obrador said that it was a very important case which could help banish corruption from Mexico by helping to “understand the modus operandi of the delinquents”.

“I am absolutely convinced that corruption is Mexico's main problem. It’s not a pandemic and it's more than that, it's a deadly pest,” the President added.