Authorities in Italy have announced two successful organised-crime busts in the last few days, including the seizure of a shipment of cocaine hidden inside coffee beans marked for delivery to the fictional nemesis of a cinematic action hero. 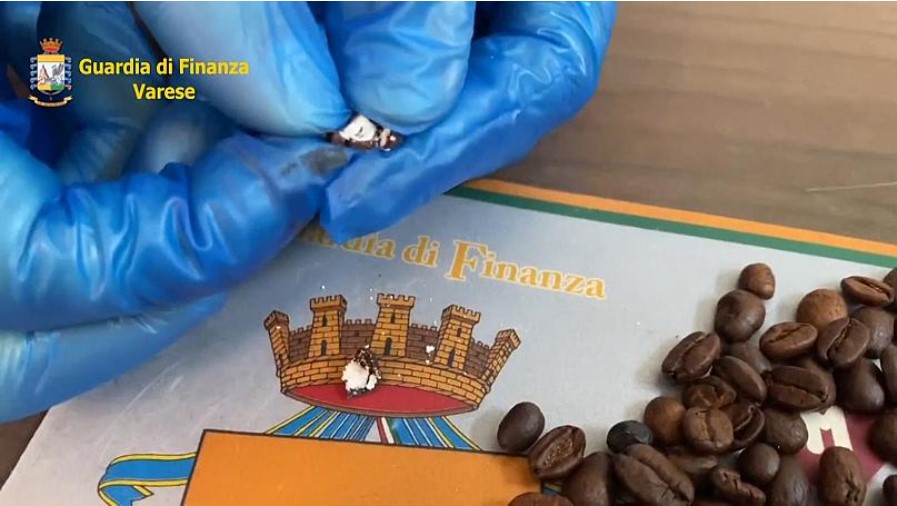 Authorities said that around 500 beans had been meticulously split apart, hollowed out, filled with drugs and then taped back up. (Photo: Guardia di Finanza)The Guardia di Finanza on Friday said that officers in Milan had been alerted to a suspicious package coming in from Colombia, addressed to a Florentian tobacconist.

When the parcel was opened, investigators found 130 grams of cocaine painstakingly concealed inside two kilograms of whole coffee beans.

Customs first raised concerns about the shipment after discovering that the intended recipient was one Santino D’Antonio - an antagonist of the first two instalments of the John Wick franchise, which features action star Keanu Reeves - as reported by Euronews.

Authorities said that around 500 beans had been meticulously split apart, hollowed out, filled with drugs and then taped back up.

Police allowed the package to be delivered to its end destination, where they then arrested the (actual) intended recipient.

The seizure was followed on Monday night by the arrest, in a separate case, of more than 75 suspected mafiosi in a joint raid with Swiss authorities against the notorious ‘Ndrangheta clan.

The sting specifically targeted members of families based on the western Calabrian coast, between Lamezia Terme and Vibo Valentia, according to a statement seen by OCCRP.

Officers also seized weapons, ammunition, and assets worth a combined total of almost 170 million euros (US$193 million), as well as placing under investigation, but declining to arrest, an additional 83 suspects.

As a result of several years of intensive investigation by authorities on both sides of the border, the arrestees face a slew of charges including association with a criminal organisation, international drug trafficking, money laundering, false registration of assets and corruption of public officials.

Sergio Nazzaro, a spokesperson for the Italian government and leading expert on organised crime, praised the “great work” on the case of SCICO and GRICO, two specialised anti-mafia units within the Guardia di Finanza.

“This operation once more shows that the ‘Ndrangheta, much like any other mafia, is not just an Italian problem, but a European one. Organised crime has long been a transnational phenomena, as indeed must be the response from law enforcement,” he told OCCRP on Wednesday.