Syria’s Tycoon Asks President to Help him Protect his Business

A Syrian tycoon accused of enriching himself at the expense of Syrian people appealed on Sunday to his maternal cousin, President Bashar al-Assad, to stop authorities from insisting that he pay millions of dollars in taxes and arresting managers at his companies in “an inhuman” way. 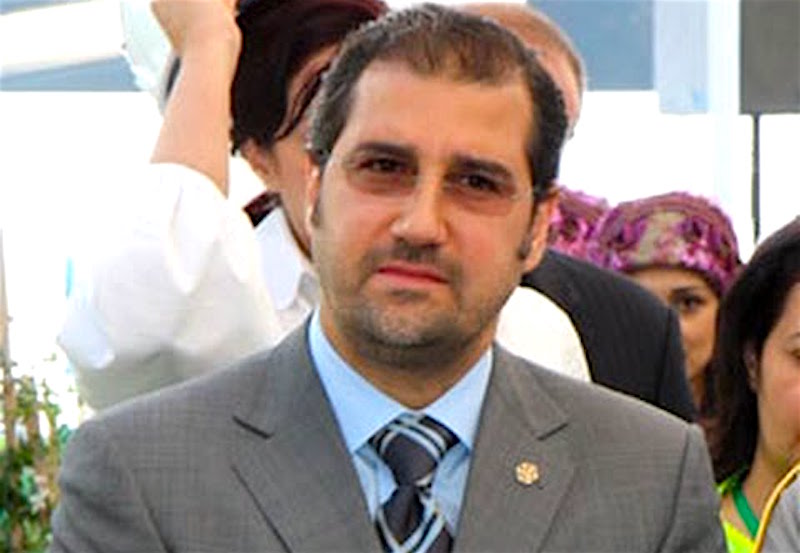 Rami Makhlouf, Syrian tycoon and cousin of Bashar Al-Assad. Credit: BlackList / YouTube“They are making demands that I cannot honor” Rami Makhlouf, a businessman sanctioned for corruption by the United States and the European Union said in his second online appeal after the Syrian Telecommunication Regulatory Authority, STRA, insisted that Syriatel, the mobile phone operator he owns, pay 130 billion Syrian pounds (US$300 million) in outstanding taxes.

The regulator gave the companies until Tuesday to start negotiations for how it should pay the debt, and said it will use all legal methods to collect the money regardless of “attempts at creating noise around the effort” – an indirect hint at Makhlouf’s initial video from Thursday which broke the usual silence of Assad’s inner circle.

Makhlouf is believed to be the wealthiest man in the country. Diplomats and Syrian opposition leaders told OCCRP on Sunday that the anti-corruption investigation also targeted several other figures in Syria’s private sector, and was part of a move to boost the country’s dwindling revenue by forcing Syria’s richest to contribute more.

A leading opposition figure who requested anonymity described Makhlouf’s two public broadcasts as “a clear act of political suicide” given that he has lived under house arrest in Damascus since December while his father and most brothers, including a former security official, live in Russia.

In 2008, the United States froze all of his U.S. assets and prohibited its citizens from entering into business relationships with him. This was a response, according to the US Treasury, for manipulating the Syrian judicial system and using Syrian intelligence officials to intimidate his business rivals.

The director of the U.S. Treasury Department said Makhlouf used his contacts with the government to “enrich himself at the expense of the Syrian people.”

In 2011 the EU sanctioned him as well for "bankrolling the government and allowing violence against demonstrators."

The Syrian government took the extraordinary step of freezing Makhlouf’s assets in December of 2019 and charged him millions of dollars in fines after he was accused of importing smuggled goods into Syria.

In his Sunday appeal, Makhlouf said authorities are trying to make him relinquish his businesses.

“This is unjust. This is an abuse of power used in a wrong way to put pressure on people to give up their property,” he said, visibly shaken.

Launching an unprecedented attack on the country’s Alawite-dominated security apparatus, he urged the president to end its abuse of power, saying it had “reached unbearable, disgusting, and dangerous levels.”

Makhlouf, whose businesses include telecommunication services, real estate, construction firms, and oil trading, said he would not yield to pressure for him to hand over his wealth.

“Today I was put under pressure in an unacceptable manner to leave my companies and to accept these orders with closed eyes,” he said. “The security forces, in an inhumane way, are arresting our employees” at Syriatel -- the main mobile operator and main source of revenue for the government.

The 50-year-old billionaire belongs to Assad’s Alawite minority that has been holding political power in Syria for nearly five decades. He also mentioned that throughout the war, he was the biggest sponsor of Assad’s security forces who are now pursuing him.