The Ukrainian government has set aside 5,000 coronavirus testing kits imported from China for exclusive use by members of parliament and other senior public officials, according to documents obtained on Thursday by OCCRP member center Slidstvo. 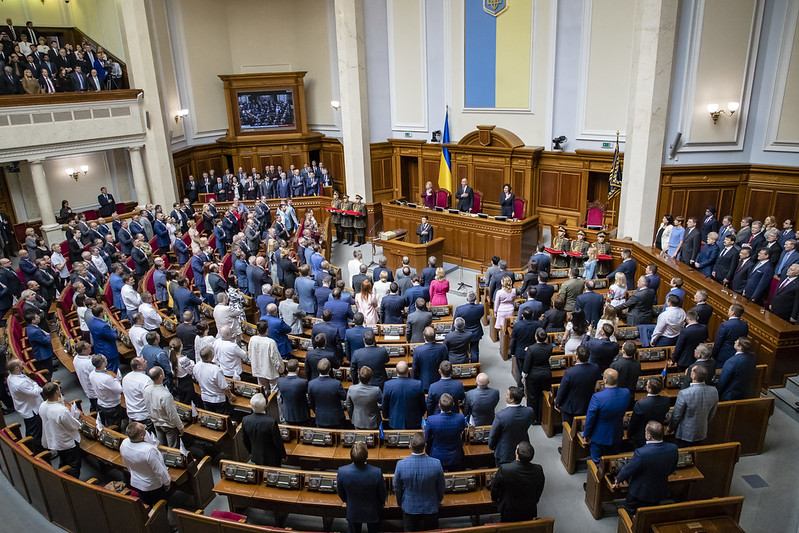 The Ukrainian assembly. (U.S. embassy in Kiev, Flickr, CC BY-ND 2.0)Of the 144,000 rapid COVID19 testing kits included in the cargo that arrived from China on March 23, around 5,000 tests were allegedly collected by officials from the State Administration of Affairs, the body responsible for managing officials’ salaries and the state budget.

The goods were then taken to a warehouse belonging to the state-owned medical supplier, Ukrvaktsina, in the town of Obukhov near Kiev, Slidstvo claims.

However, Ukrvaktsina told Slidstvo that they had not processed any such shipment. The Ukranian government also denied having set aside test kits for exclusive use of its employees.

Slidstvo reported last month that Ukraine lacks “sufficient tests for the detection of coronavirus infection,” that checks are only “performed on a small number of patients, and the whole process is slow”.

On further investigation, the outlet found that the country had only 521 units of PCR test kits, which are among the most reliable tests for COVID19, and that they had all only recently been imported from China.

These units should have allowed authorities to conduct between 1,600 and 1,700 tests per region. But with smaller laboratory capacities in certain areas of the country, Slidstvo estimates that the actual number of tests conducted is likely to be far less.

President Volodymyr Zelensky gave his assurances during an address to the nation on April 7 that more supplies were being brought in. “At least seven planes from China and South Korea are expected to arrive this week. They will deliver to Ukraine PCR test systems and rapid tests”, he said.

“At the same time, we are aiming to maximize domestic production. This week we will start manufacturing our own PCR test systems” he added.