Trying to rid the capital city of graft, Kenya's president has named an air force general as head of the newly formed Nairobi Metropolitan Services (NMS). 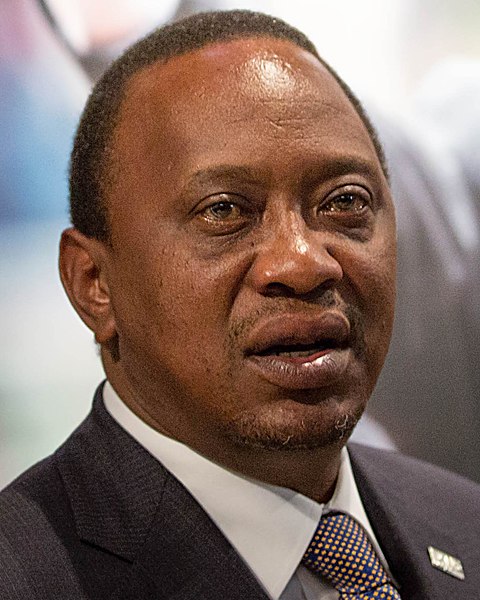 The NMS was recently established by Kenyatta to wrest control of essential city services in Nairobi from the county government led by governor Mike Sonko, who has been embroiled in a corruption scandal.

In December, he was arrested on charges of money laundering and unlawful acquisition of property. Ethics and Anti-Corruption Commission Officials tweeted that he was caught while trying to flee the city.

“The biggest problem that the city faces is corruption and the cartels that have a vice-like grip on city hall” Kenyatta said in the briefing.

“From the collection of garbage, to the parking of vehicles, Water supply, the issuance of permits, be it for business or construction, the cartels and corrupt practices have made service delivery almost impossible.” he said.

Kenyatta then explained that the NMS, would be explicitly charged with rooting out corruption with in Nairobi's civil services.

“As I commission the Nairobi Metropolitan service here today, I will task them firstly to bring an end to the corruption and to dismantle the cartels that have hindered the development of this county” Kenyatta said. “Complaints of corruption and having to pay out bribes to receive permits and approvals must and will be a thing of the past” he demanded.

Before taking on the leadership of the NMS, Badi was a highly decorated officer in the Kenyan airforce, most recently serving as the Base Commander at Moi Air Base in Eastleigh, Nairobi. He was personally promoted twice by the president, first to the rank of Brigadier in 2014, then after another promotion in between, to Major-General in May of last year.

However, Major-General Badi is the latest in a series of military leaders, personally promoted by president Kenyatta, to be appointed to non-military roles. Those include the Director of Public Prosecutions, Ethics and Anti-corruption Commission, Financial Reporting Centre, National Social Security Fund and several others.

Though Governor Sonko denies the charges against him, he acquiesced to the turnover of responsibility for several essential services from the county government to federal authorities in February.