The Swedish government is demanding a decisive international response to online scams in the wake of a media investigation into a fraudulent Ukrainian investment company that stole hundreds of thousands of dollars from vulnerable would-be investors. 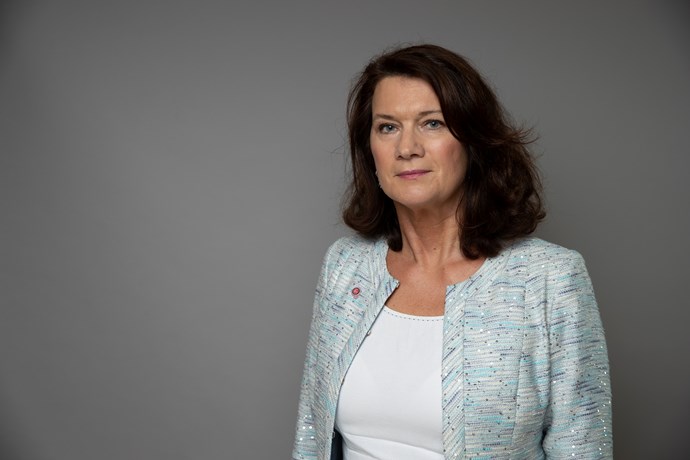 Swedish Minister for Foreign Affairs Anne Linde (Photo: Government of Sweden)A cache of documents handed to the Swedish daily Dagens Nyheter, DN, by a whistleblower at Ukraine-based Milton Group, and shared with the OCCRP, exposed the inner workings of the company’s Kyiv call centre, where staff defrauded up to a thousand people worldwide with sham promises of get-rich-quick investment schemes.

While the company used its offices across several countries to target people as far afield as Ecuador and Australia, many of those worst affected were elderly Swedish citizens. Some were tricked out of more than US$200,000, with one woman forced to sell her home to cover her debts.

During a meeting on Monday with high-level officials in Ukraine, Swedish Foreign Minister Ann Linde said that fraudulent activity at the company had taken place at an almost industrial level, according to DN.

“It is really upsetting to see how they bluff Swedish retirees who have to leave their homes and live on a minimum subsistence level. And then they sit there, laughing,” she said.

Linde noted that Ukraine has improved its justice system since the election of President Vlodymyr Zelensky, but said that it still has some way to go in reforming the rule of law.

“The most important thing is that [the allegations] get attention. I don’t know if this information exists in Ukrainian, otherwise it is up to DN to make sure it does,” she added.

Meanwhile, Swedish Minister for Digitization and Energy Anders Ygeman told DN that his office is currently seeking to propose new EU legislation that will allow regional law enforcement to more effectively go after big tech companies for their part in facilitating such scams.

The OCCRP’s investigation found that in many cases, victims were lured into fraudulent arrangements with Milton Group after following up on adverts they had seen on Facebook, which used false celebrity endorsements and likenesses to promote deceptive get-rich-quick schemes.

“Facebook makes 1.5 billion SEK ($160 million) every year in Sweden from advertising. Therefore they have to be able to guarantee that they don’t have fraudulent adverts which force retirees to leave their homes,” Ygeman said.

“If they would work as hard on protecting themselves from false ads as they have on making it possible to direct ads to a specific group, this problem would not exist,” he added.

Ygeman further noted that the initiative has already received indications of support from several other EU countries, including Spain, Germany and France.

“We are definitely not alone,” he said.

Leif Persson, the Swedish criminologist and novelist who has also had his likeness used by fraudsters in online ads, reiterated the digitization minister’s emphasis on the need to hold big tech companies to account.

“Put the responsibility on the distributor, in this case Facebook,” Persson said. “They are responsible for the dirt they distribute.”