Several Montenegrin citizens have been detained when authorities of the Caribbean island of Aruba intercepted earlier this week a ship carrying tons of cocaine destined for Europe, Montenegro’s Police Directorate told OCCRP on Thursday. 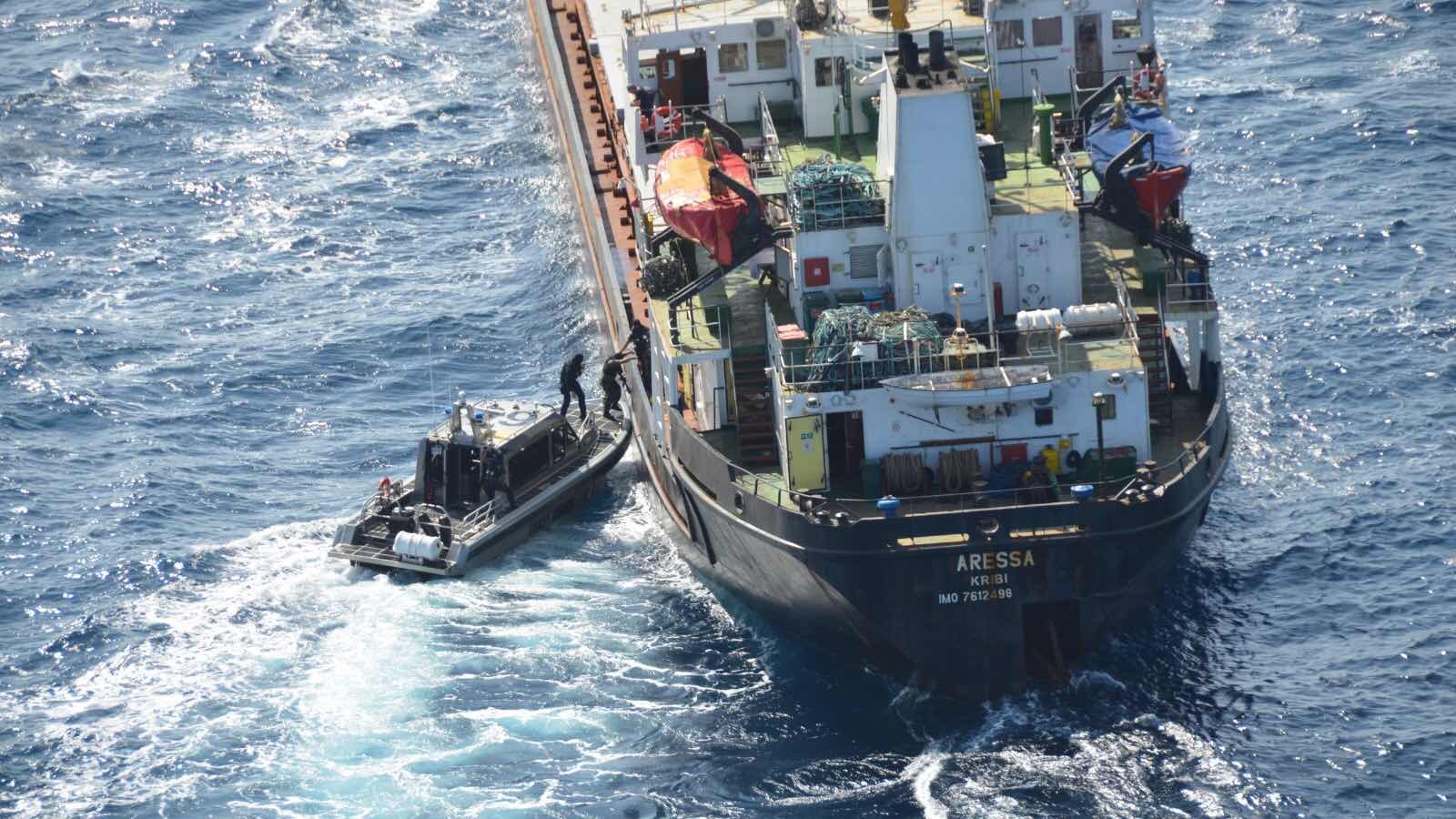 Cocaine-loaded ship Arresa intercepted in Aruba. (Photo: @PolicijaCG)The ship, called Arresa and sailing under the flag of Cameroon, was intercepted near Venezuela’s shores and carried about five tons of cocaine with a street value of 160 million euro (US$175 million), the Montenegrin Government announced on Twitter.

It said that the action in Caribbean waters was the result of months-long joint activities of Dutch, UK, Serbian and Montenegrin law enforcement.

Venezuelan news outlet El Pitazo reported that the entire Arresa crew of 10 people, all Europeans, was detained and that the cocaine was found in 200 packages, containing 25 kilos each.

Arresa was reportedly docked at the Guaranao International Port for almost two weeks before it left on Feb. 23 for, allegedly, the Greek port of Thessaloniki.

The paper also cited port officials as saying that the ship had clean documents and that the Dutch Aruba’s maritime authorities intercepted it some 10 hours after it left Guaranao.

While Montenegrin police did not want to reveal the number and the identities of the detained Montenegrins, local media reported that four were held by Aruban authorities.

“We have been in constant contact with them,” the Police Directorate told OCCRP in a phone interview. It said that the exact status of the men was unknown, but that their movement is most probably “limited.”