In a documentary released today, Al Jazeera uncovered corruption in the awarding of diplomatic posts in the Caribbean, and focused especially on Dominica’s current and former leadership and the alleged sale of ambassadorships for cash and other valuable favors. 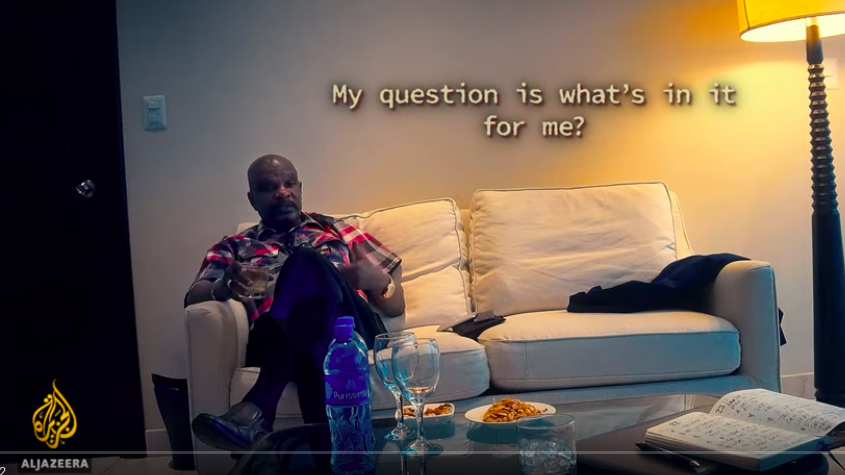 A screenshot from the documentary, showing former Dominica PM Seraphin. (Source: YouTube)The documentary includes undercover video and voice recordings in which former Prime Minister of Dominica Oliver Seraphin is seen offering to act as a middleman between a would-be purchaser of a Dominican diplomatic passport and current Prime Minister Roosevelt Skerrit — who appoints ambassadors.

The investigation details a former ambassador of Dominica to Malaysia, Iranian businessman Alireza Monfared, who was arrested in 2017 for corruption, according to Dominican news outlets. Sources in the film allege that his ambassadorship was given in exchange for hundreds of thousands of dollars secretly funnelled to Skerrit’s 2014 election campaign.

The Antigua-based news outlet The Daily Observer yesterday reported that Skerrit denied the claims in the documentary, calling Al Jazeera an agent of the opposition United Workers Party. He described the work as an effort “to destabilize Dominica.”

Former Prime Minister Seraphin denied that he could have facilitated the payments to Skerrit as he claimed he would in the secret recordings. He told Al Jazeera that he was just name-dropping and speaking “without authority.”