Four men are in custody after Australian police uncovered a plot to smuggle 400 kilograms of crystal meth hidden in hot sauce bottles. 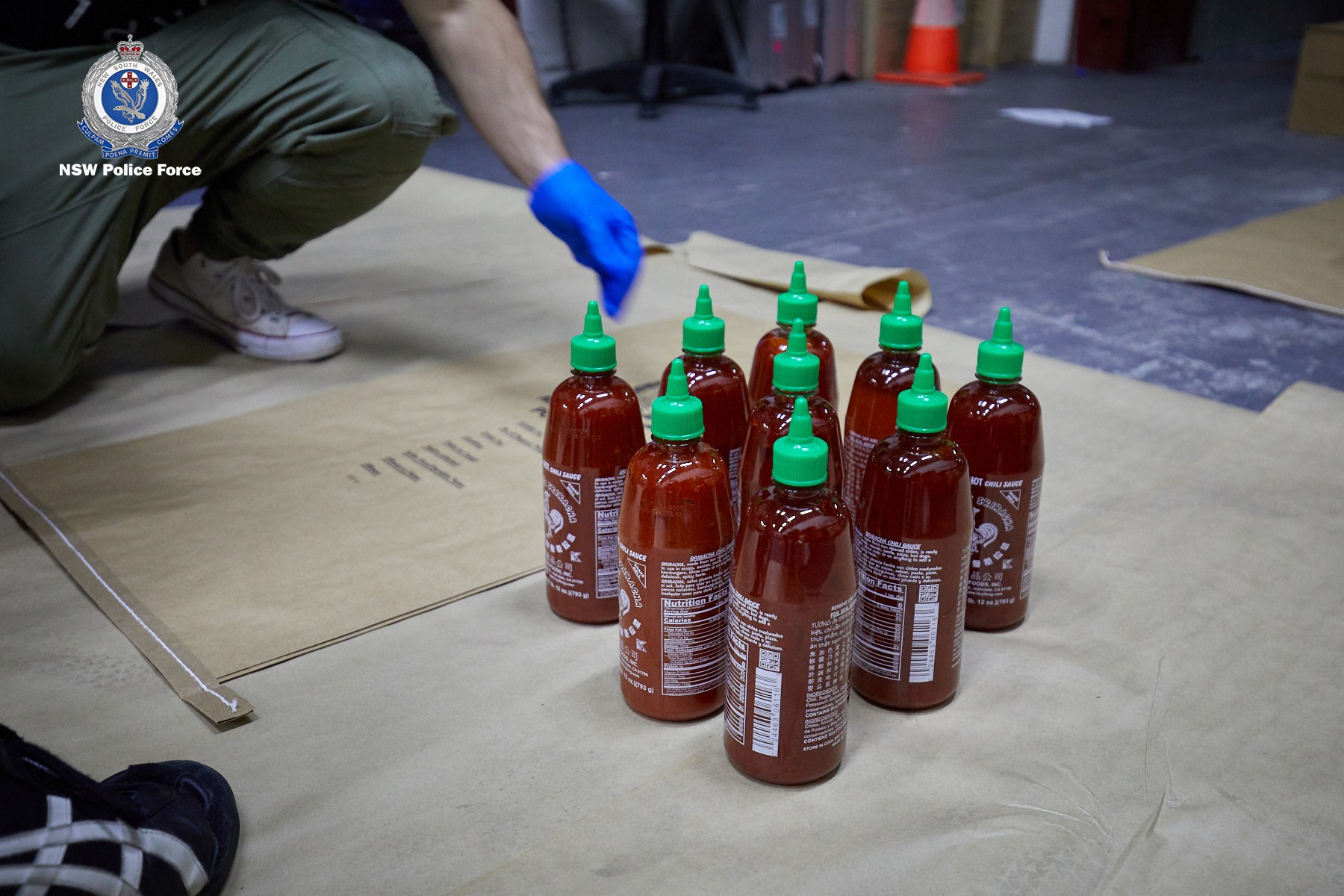 “A preliminary forensic analysis determined the bottles contained about 400kg of methamphetamine, which has an estimated potential street value of more than AUD300 million (US$206 million),” the New South Wales Police Force said in a statement.

Authorities believe the shipment was bound for a secret laboratory in the Sydney metropolitan area.

Three men were arrested in the wake of the bust and subsequent coordinated delivery by police.

During one arrest, police found eight bottles of the drug-filled hot sauce bottles in the carpark of a Sydney hotel.

Inside the hotel room associated with the men arrested in the carpark, police found another 26 bottles.

“Methamphetamine, or ice, has a devastating effect on the community every single day – and the ABF will continue working with our domestic law enforcement partners to stop those who try to import this life destroying drug,” Acting ABF Regional Commander for NSW Matt O’Connor said.

It’s not the first time this year drug traffickers have turned to inventive methods to bring narcotics to the continent.

Australian Federal Police found $840 million worth of methamphetamine packed inside stereo speakers during a bust at a Melbourne port back in June.

In August, police found an estimated 755 kilograms of the same drug hidden inside cowhides sent from Mexico.

New South Wales Police say the bust was part of the ongoing Strike Force Diffey, which investigates money laundering across Sydney and the importation of drugs into the state.