Dutch police are searching for the killer of a lawyer who was representing a key witness in a major organized crime case and whose murder has rasied concerns that The Netherlands was becoming a “narco-state.” 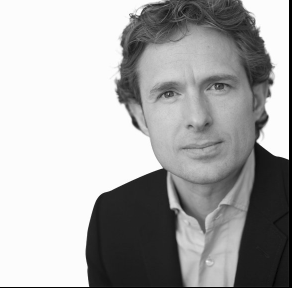 Derk Wiersum (Photo: @ArrestedLawyers)Derk Wiersum, 44, was shot dead on Wednesday outside his home in a suburb of Amsterdam. Police are searching for a young man, between 16 and 20-year-old, the Guardian reported.

According to local media, neighbors heard several shots and then saw a man dressed in black flee the scene.

Wiersum represented Nabil Bakkham, an insider and key witness in a case against 16 people who were charged with five murders.

“This is a confirmation that we live in a narco-state,'' said police officer Jan Struijs.  “It is an attack on the rule of law.”

Bakkham was involved in one of the slayings, but he cut a deal with the prosecutors to provide evidence in exchange for a smaller sentence.

Europol lists Taghi and Razzouki among Europe's most wanted fugitives.

National Police Chief, Eric Akerboom, said that as a society “we can not accept this,’’ and ‘’with this brutal murder, a new limit has been crossed: now even people simply doing their work no longer seem safe."

However, the lawyer is not the first person connected to Bakkham to be killed.

Just a week after the State Prosecution Office announced that de Bakkham is a key witness, his brother Reduan, an innocent businessman who also lived in Amsterdam, was killed.

Lawyers, prosecutors and judges responded with disbelief with some of them calling it "one of the darkest days" for criminal law practitioners.

"This is really horrible news. But everything he stood for and believed in so strongly will come back stronger than ever before," defence lawyer Jillis Roelse tweeted.

An investigation into drug crimes was conducted at the request of the mayor of Amsterdam.

A 2019 report called ''The Other Side of Amsterdam'' shows that the equivalent of around €75 million (US$82.6 million) worth of cocaine is being consumed in Amsterdam each year.

Drug money is being invested in real estate, shops, bars and restaurants. Violent crime is all too common.

‘'Young people are often used as lookouts during drug transactions and as drug mules. Drugs, fraud, money laundering and human trafficking are undermining our city,’’ the report states.