Iraqi Shiite cleric Muqtada Al-Sadr may opt for demonstrations instead of prayers in a bid to replace the country’s senior government officials whom he blames for inadequate response to growing corruption. 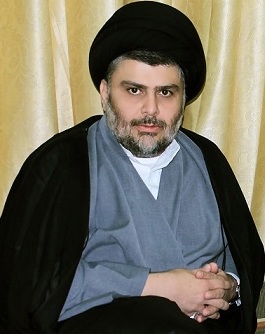 Muqtada Al-Sadr, cleric who wants to replace the Government (photo: Malhotra((CC BY-SA 3.0))“He also wants to dismantle the mafia of financial and administrative corruption that controls the ministries and loots public money,” a high official of Al-Sadr’s party told Arab News while insisting on anonymity.

“We can say that Al-Sadr is leading a peaceful and slow coup to correct the government,” he added.

The influential cleric, according to the paper, would like to see independent professionals fill top government seats and hopes to be able to improve services and fight corruption.

Another prominent Sadrist member, however, said that Al-Sadr “has ruled out demonstrations to pressure Prime Minister Adel Abdul Mahdi into accepting the changes."

Al-Sadri is not alone in demanding changes. Another Iraqi Shiite cleric and one of the country’s top religious leaders, marja Ali al-Sistani, spoke about the necessary changes in the country at his Friday sermon last month, saying that “corruption still remains rampant within institutions and the state has not met that with clear practical steps to limit it and hold those involved accountable.”

He also stressed that complicated bureaucracy, lack of employment opportunities, and an acute shortage of essential services cause people to suffer.

Failure to address these issues, he warned, “could lead to the resurgence of the Islamic State group (ISIS).”

One of the main problems in the country, according to media reports, is the fact that the political factions are struggling for control of top government jobs, the majority of which have been controlled by the Islamic Dawa Party since the US-led invasion in 2003.

Although Prime Minister Abdul-Mahdi promised he would fight corruption and established the Supreme Anti-Corruption Council in January this year, the country’s largest parliamentary block, led by al-Sadr, seems determined to change the government.

According to Transparency International’s Corruption Perception Index, Iraq is among the most corrupt countries in the world.