How To Kiss Up To Your Boss, Yanukovych-Style

The list lay on a table used by the custodian at the lavish Mezhyhirya residence of absconded Ukrainian leader Viktor Yanukovych.

It was carefully drawn up and quite precise, showing not only the names of the deputies and government officials who had given gifts to the runaway ex-president, but what they had given, for what occasion, and where was the best place to store them.

Birthdays and other celebrations. Dozens of glittering or ostentatious items, and dozens of names. 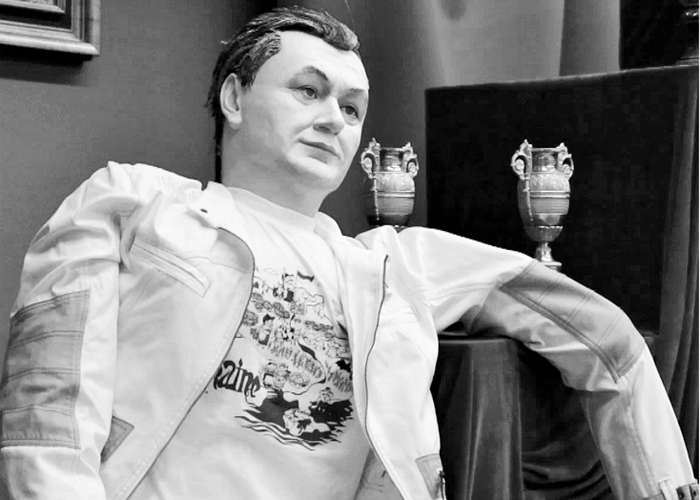 On the list is the Head of the Regulations Committee of the Parliament, Volodymyr Makeienko. He is down for a silver caviar plate. But, when journalists contacted him for comment about the gift, he questioned whether they even had the right guy.

“Maybe, that was another deputy Makeienko?” he said. “Do you know that there were two other Volodymyrs Makeienko at other Parliament convocations?! Honestly, do you?”

Then Makeienko changed tack abruptly and said that the caviar plate was a joint present: “We had a faction of roughly 200 people. About 198. The faction was divided into groups of 30 people. I was leading one of them. The gifts were made jointly from groups or factions.”

The silver plate itself (minus the caviar) can be found with other presents from the list in the National Art Museum at the exhibition of Mezhyhirya artifacts. Next to it rests Volodymyr Makeienko’s business card.

Anna Herman, former Deputy Head of Presidential Administration, eschewed modern bling in favor of antiquity, presenting Yanukovych with a jar dating from the second century B.C., according to the files of Mezhyhirya.

But Herman seemed unable to recall much about the unusual artifact.

“Was the jar filled with golden coins?” she asked sarcastically. “What does it say?”

Serhiy Kunitsyn, the former President's representative in Crimea, said he never gave the gift he is listed as giving: a small statue of Saints Cyril and Methodius, or Kiril and Mefodiy in Ukrainian, dated from the year 861: “No, I didn’t present it. What is its value? I didn’t present it. I wasn’t giving such presents to Yanukovych.”

The former Minister of Emergency Situations, Nestor Shufrych, was also surprised to be asked about gifts to the ex-President: “A tiger? You are mistaken. Oh, you mean a sculpture of a tiger! This makes a difference. You said a tiger. I imagined a live tiger.” Yes, he conceded, “ when the president had his birthday, our faction was making some presents.”

Deputy and ex-Minister of Defense Oleksandr Kuzmuk and Head of the Border Service Mykola Lytvyn are also on the list.

Appropriately for a military man, Kuzmuk gave Yanukovych a model tank. Perhaps more surprisingly, Lytvyn’s gift was a 19th century icon. When OCCRP asked Lytvyn what the icon was worth, the deputy said: “For me, it is priceless.”

On Display For All To See

“The Code of Mezhyhirya” is the title of the exhibition of Yanukovych’s presents in the National Art Museum. Although not all are on display, the exhibition still fills eight halls. Among the treasures is a Trypillyan artifact, from a culture 5,000 years in Ukraine’s past. It was a gift from former President Viktor Yushchenko. 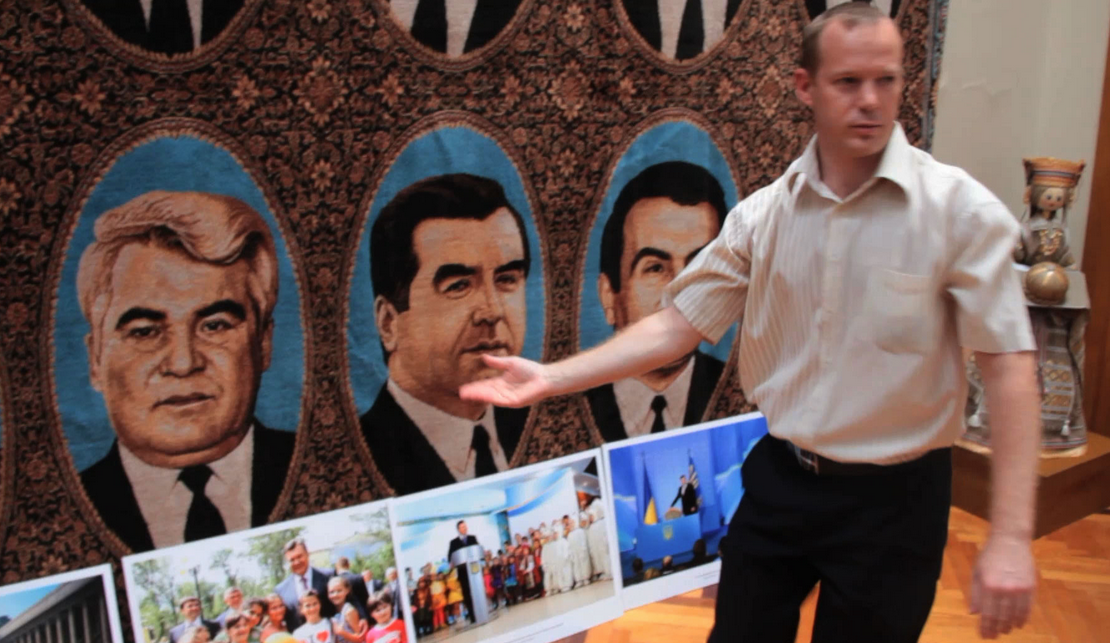 So did the general prosecutor, as well as a number of ministers. One of the more intriguing gifts is a large foam-rubber puppet with a plaster Yanukovych face, which was found in a box at the residence. It is dressed in a professional auto racer’s outfit and wearing cheap sneakers.

Presidents worldwide get lots of presents. In Ukraine, gifts the president does not choose to keep are sent to the Presidents’ Gifts Fund, located in the Vernadsky Library. In the collection are things given to all presidents over the years. But it has way fewer rooms than in Yanukovych’s mansion.

The last things Yanukovych’s administration sent to the Fund were the photo portraits of the former President.

How do the presidents choose which presents to keep and which to send to the Presidential Fund? According to Ukrainian laws, the President must relinquish anything worth more than 500 Hryvnia (US$ 41).

But Oleksandr Tsvetkov, professor of the Diplomatic Academy, says the laws are not enforced. “Unfortunately, even having good regulations, in Ukraine they are either poorly interpreted or their implementation is not controlled.”

In the US and Great Britain, websites display complete lists of the gifts received by government officials. For instance, in the US you could find out who has given a jar worth $1,000 to the President.

Ukraine has no such websites and, up until now, its citizens could not find out who gives what to its presidents.