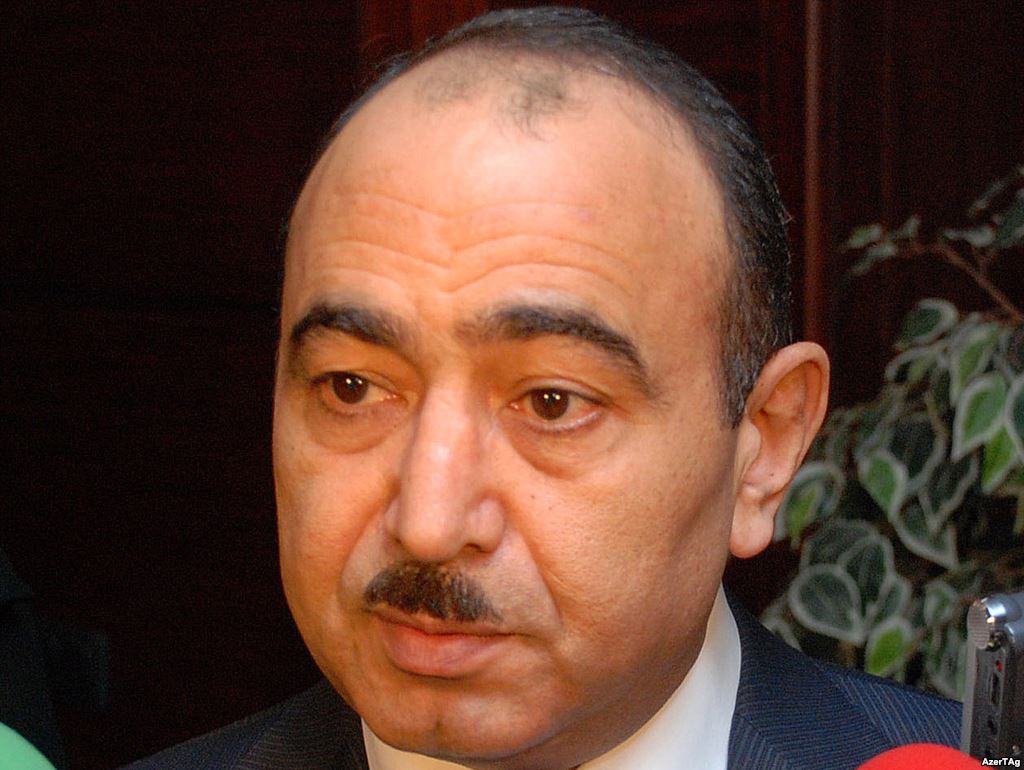 Sona Veliyeva is a busy woman.

She manages a Kaspi newspaper, is a member of the National TV Radio Council, and owns and manages several companies dealing with education and university preparation courses.

She also happens to be the wife of Ali Hasanov, the head of the social-political department of the Azerbaijani Presidential Administration, who is one of the key figures defining the government’s policies regarding media, freedom of speech and political liberties. She and her family have benefited from regulating many of the businesses they own.  It has created a number of conflicts of interest that have not been dealt with by the Azerbaijani government.

Another busy member of the Hasanov family is their son, Shamkhal Hasanli.

Among other businesses, Hasanli is director of the Araz Radio and produces soap operas. His Kaspi Global is one of the production companies which benefits from the ban on broadcast of foreign soap operas on Azerbaijani frequencies. 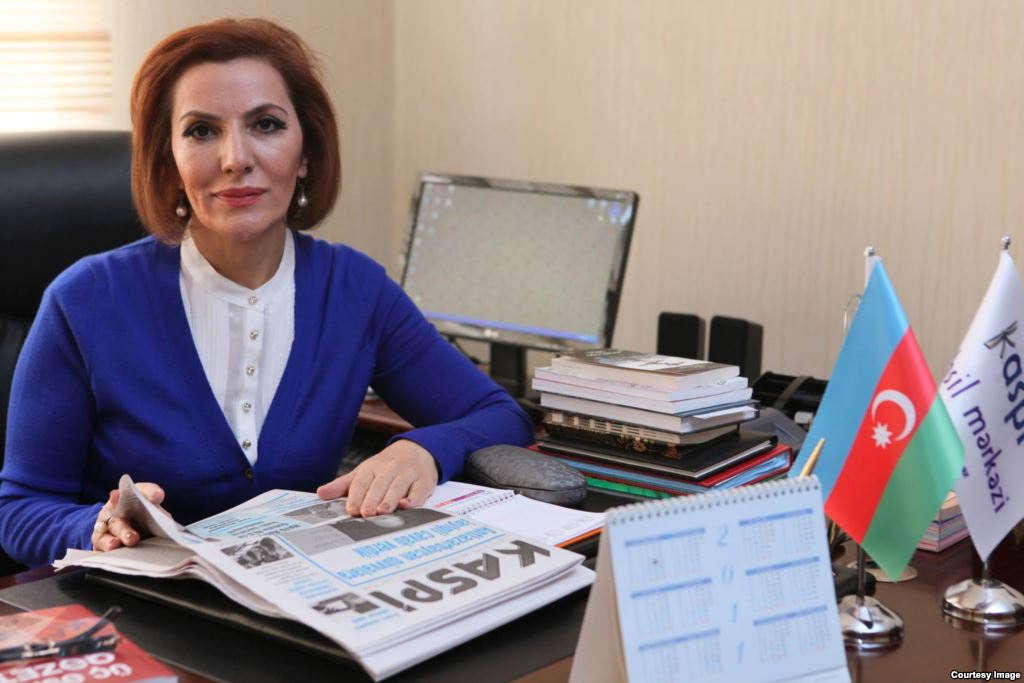 The soap operas were banned by the National TV Radio Council (NTRC), on which his mother--Sona Veliyeva—serves. His father, Ali Hasanov, explains that the ban was necessary because the government wants to support local producers.

In an April 30, 2012 interview with local media, Hasanov said, “I don’t think TV series produced by our companies will get into other countries’ broadcasts. International, well-established production companies do have this opportunity. This is why our local choice can only be to broadcast on local TV channels.”

He explained that the government’s support, which came through a special presidential decree came about because the President didn’t want Azerbaijan to lag behind other countries: “For this we must have our own series and films reflecting our national soul. The Azerbaijani broadcast arena is the only place where we can develop our national mentality, national films and our culture and (preserve) our population’s national soul.”

Kaspi Global has produced three TV series, including “The Breath of the Jackal,” which is about the struggles of Azerbaijani women and was financed by the state budget. Hasanli has not responded to a request for an interview.

Entertainment is not the only focus for Hasanli’s business, which is thriving thanks to family connections. In April of 2011, the NTRC allocated a frequency to Araz FM, a radio station linked to the Hasanov family. The frequency is 103.3 FM, which was previously held by BBC’s Azerbaijani service, which was banned (apparently for political reasons) in 2009.

Hasanov, who supported the BBC frequency ban, said state law bars foreign entities from broadcasting in Azerbaijan. And yet that aspect of the law did not seem to apply when the Hasanovs requested a license for a company that has foreign investors. 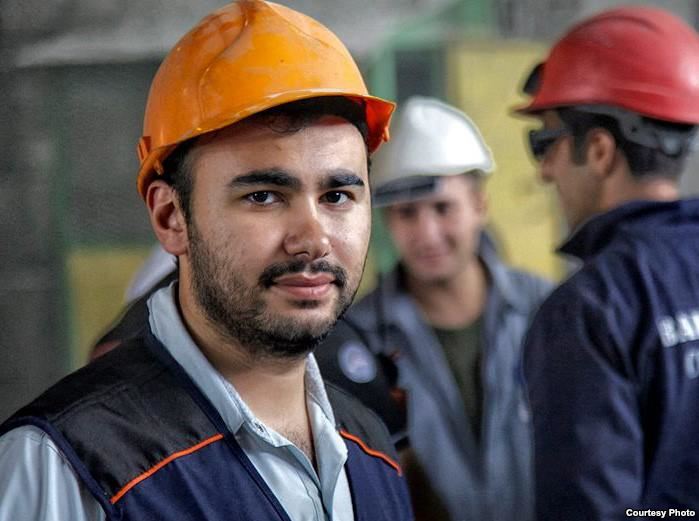 Araz FM is owned by the company Araz Teleradio, which in turn is incorporated by Golden Prince LLC and an individual named Etiram Karimov. Golden Prince LLC was incorporated in 2008 by Iranian citizen Sirous Ghouchkhani and Azerbaijani Azer Veliyev. Veliyev, reportedly a relative of Sona Veliyeva (Hasanov’s wife and Hasanli’s mother) is her business partner in several entities.

In 2010, when Araz FM got its broadcasting license, the issue of foreign ownership never came up, says Rasul Jafarov, who competed with Araz Teleradio for a license. Jafarov was seeking a license for his The Alternative Radio project in 2010, but did not get one. Objective TV, an online TV resource, has also failed to obtain a license. Yet Araz FM was granted a license for six years of broadcasts, according to a Jan. 18, 2011 decision of the NTRC. Jafarov filed a legal complaint against what he calls “political discrimination and nepotism by (the) NTRC.” The case is pending in the European Court of Human Rights.

Araz Teleradio is registered at the same address as all other companies related to the Hasanov family. At the opening ceremony for one of the Araz FM studios in Park Bulvar shopping mall, Shamkhal Hasanli was presented as the general director of the radio and cut the ribbons.

The only press club big enough to host more than 30 people in Baku is also linked to the Hasanov family. 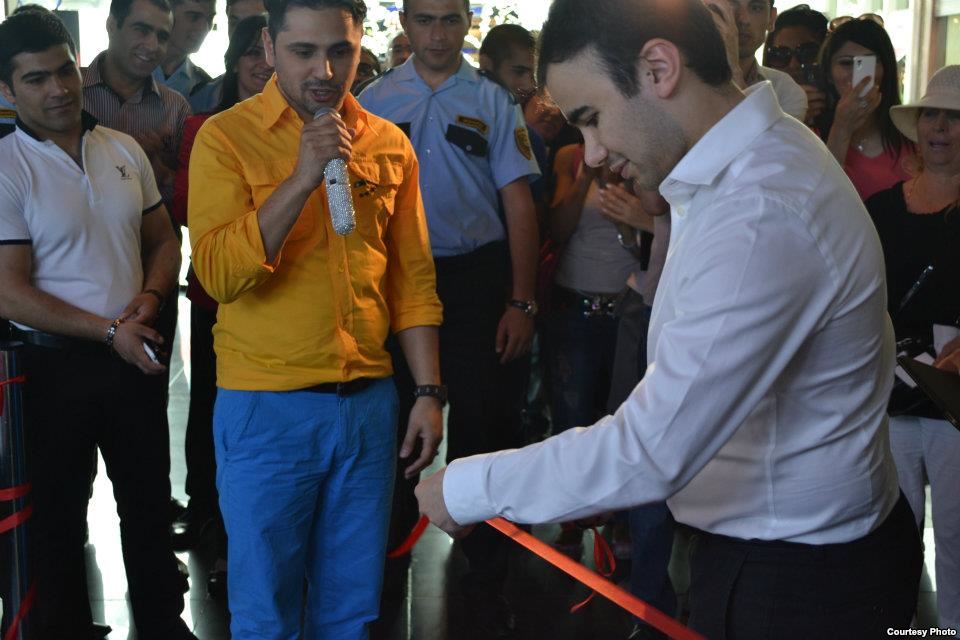 The International Press Center started operations in 2003 at the same address where all the family businesses are registered, 1 Fikret Amirov Street.  In 2010, the press club moved to bigger space so it could handle even bigger events, as director Azer Veliyev, Hasanov family’s business partner, said to the APA agency. Since the new press center began operations, two independent press clubs closed down due to financial problems and because landlords refused to extend their leases.

Chingiz Sultansoy, the executive director of the Baku Press Club which closed in December 2004, says several months before they stopped operations, he received a phone call from Ali Hasanov, who urged him to deny space to Chechen human rights activists, as the event could spoil relations with Russia. “When I refused, Hasanov threatened saying, ‘Do you want us to close that Press Club?’ That day, our electricity was cut off in the middle of the press conference. Electricity cut-offs were somewhat usual practice during unwanted events,” Sultansoy recalls.

The Hasanov family’s education-related business benfitted from another government action – the  closure of competing schools linked to the Gulen movement.

The Gulen Movement is a trans-national religious, educational and social movement led by Turkish Islamic scholar and preacher Fethullah Gülen. The movement has schools throughout the world, including in the United States, and reportedly controls a large network of alumni, including high-level government employees in countries like Turkey and Azerbaijan.

The movement and its leaders once enjoyed good relations with the government of Turkish Prime Minister Recep Erdogan but two years ago the relationship soured. Erdogan began closing down Gulenist schools and businesses.

Now the conflict has spilled over into other countries with significant ties to Turkey.

The network of Gulenist schools in Azerbaijan had been run by a Turkish businessman, who in March of 2013 joined forces with the State Oil Company (SOCAR) to form the Azerbaijan International Education Center Public Union.

But in December of 2013, a huge corruption scandal erupted in Turkey, with Gulenists alleging that Erdogan and his son were involved. Suddenly Gulen became an even dirtier word with the Turkish government, and former supporters began scrambling for cover.

Turkish press reported that in his visit to Azerbaijan in April, Erdogan asked the Azerbaijani government to follow his example and shut down the Azerbaijani Gulen network. SOCAR closed the schools in June.

This shift in Azerbaijani government policy has led to finger-pointing among competing interests, with rivals eager to seize advantage by painting each other as Gulenists.

For example, the Kaspi Education Center’s university preparation courses, which are run by Sona Veliyeva, has several branches throughout the capital city, which had been lagging far behind the Gulen network schools in popularity.

Critics on social media predicted that the anti-Gulen movement in Azerbaijan could only boost Kaspi’s popularity.

Hasanov appears to have been trying to distance himself from the Gulenists even prior to the Erdogan visit. On March 7, Hasanov spoke at a religious affairs conference in Baku. He stated that some religious movements and missionary organizations are trying to establish themselves in Azerbaijan and to “create an extensive network in order to realize their interests”.

But he may not have done enough. After the conference, Farhad Mammadov, a former Hasanov employee called for journalists to try to identify Gulen people in the government.

Mammadov, former sector chief of the presidential administration and currently the head of the Strategic Researches Center under the president, urged journalists to look specifically for those in traditional Gulenist business sectors: schools, media, and medical facilities.

Gulen supporters are likely to be doing the same things in Azerbaijan as they are in Turkey, Mammadov said. “First of all, it is university preparation courses, then clinics and media. I have to say, neither myself, my wife or nor our son owns any preparation courses, or education structures… (or) radio or production facilities… Me, my wife and my child don’t own any clinic or medical facility.”

The list of business fields Mammadov described is quite similar to those, Hasanov’s family business controls.

Here is the list of the companies related to Hasanovs:

In addition to Azerbaijani companies there are Turkish business links of Hasanov family.

According to Turkish business registry, Hasanov’s son is a 99% owner of the company  Kaspi Global Tourism Construction Shipping Import Export Limited. The company also holds a license for construction of high-rise residence buildings in Turkey.

Investigation by OCCRP and RFE/RL