The Hunt for Egypt's Money 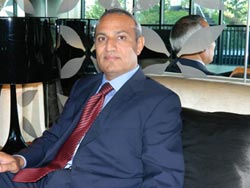 Ali Evsen is charged with laundering money for Hussein Salem

As Egypt was recovering from the riots that ousted Hosni Mubarak, an aide and close friend to the dictator was busy stripping his family’s names from assets that they had amassed through what Egyptian prosecutor’s have called corruption.

In May of last year, Mahmoud Abdel-Meguid, an Egyptian prosecutor publicly announced that the Egypt government was indicting Mubarak, his sons and Hussein Salem, a business executive, friend and aide to Mubarak, on corruption charges.

Just three days later, in Panama, Salem’s two children Khaled and Magda Salem stepped down from the directorship of an obscure Panamanian shell company . They were replaced by two seemingly unrelated citizens of Azerbaijan.

Less than three weeks after the change in Panama, Salem, who used to be an Egyptian intelligence officer, his son, Khaled, and a Turkish businessman, Ali Evsen, were arrested in Spain at the request of Egyptian prosecutors on money laundering charges . Evsen was later released and is awaiting court action against him.

The Egyptian state accused Salem, who is also known as the Father of Sharm El Sheik, a famous Egyptian resort where he owns a chain of hotels, with illegally profiting from corrupt deals with Mubarak and his government. In October 2011, Salem, Khaled and daughter, Magda, were sentenced, in absentia, by an Egyptian Court to seven years in jail and a combined fine of more than US$4 billion for money laundering and profiteering.

Assem el-Gohari, the head of Egypt's Illicit Gains Authority said at a press conference held in October that Salem, Mubarak's closest aide, and his family own assets worth $US 4 billion in various countries which they switched into cash and deposited in banks in Hong Kong, the United Arab Emirates and other countries.

The extradition procedures between Spain to Egypt in the Salem family case are still pending.

Salem and his children hold Spanish passports, as well as Egyptian citizenships.

The Organized Crime and Corruption Reporting Project (OCCRP) together with the Arab Reporters for Investigative Journalism (ARIJ) investigated the wealth of Salem in Eastern Europe. OCCRP found out that Salem and his two children used the services of Swiss based lawyers to eliminate their names from commercial companies and assets connected to them that could be seized by the Egyptian government.

The Men from Panama

The Panama deal may have been part of an effort by Salem to erase his connection to these businesses. The May 2011 deal involved Magda and Khaled passing the Panama based Clelia Assets Corp. to two Azerbaijani citizens: Firidun Goyushov and Sadik Ercan.

According to Panama corporate registry, Clelia Assets Corp. was established in 1998 by Andre Gillioz a lawyer working for Croisier and Gillioz, a Swiss law firm.   Nine years later, in 2007, Magda and Khaled Salem joined Gillioz in the shell company. The Salems have a history of using offshore-based companies in their businesses. For example, assets in Romania, including a shopping mall, were owned through a British Virgin Island company while other assets were held in Panamanian and a Swiss based commercial entity registered by Gillioz’s office.

In fact, Gillioz's name shows up in a number of Panamanian companies. 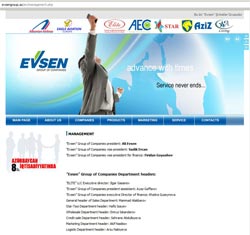 Firidun Goyushov and Sadik Ercan, the two Azeri citizens that replaced the Salem family in their Panamanian company, are vice-presidents of the EVSEN Group

OCCRP found out that the two Azerbaijani citizens that replaced the Salems in the Panama based company were at the time vice-presidents of a business conglomerate called the Evsen Group. The business is active in Eastern Europe and has a particularly strong presence in Albania and Azerbaijan . The president of the Evsen group is Ali Evsen, the Turkish businessman initially arrested together with Hussein and Khaled Salem.

The Spanish authorities arrested Evsen because he wired more than €17 million to a number of Salem family accounts at Bankinter, a Spanish bank. The paperwork supporting the transfer said the money was for three no interest loans with a 12 year payback window between Evsen and the Salems. The Spanish authorities considered the transfers suspicious and arrested Evsen on money laundering charges. The Panama deal is not mentioned in the arrest warrant.

According to a Spanish arrest warrant, Evsen, who also holds an Albanian passport, was a shareholder in one of Hussein Salem's flagship companies, Mediterranean Sea Gas Co. The warrant said Mediterranean Sea Gas sold Egyptian natural gas that they bought from the Egyptian government at below market rates to Israel at a large profit. The deal made the Salem's billionaires. 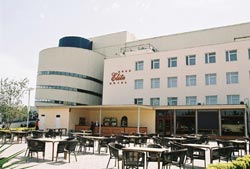 Evsen acquired shares in the natural gas business in 2008 in exchange for the proceeds of the sale of land in urban areas in Azerbaijan. Firidun Goyushov, the man who took over directorship in Clelia Assets Corp in Panama from Salem is the vice president of the Evsen Group.  According to its web site and company records, he owns a number of companies in Baku, including shares in a large shopping mall and taxi company , once owned by the Evsen Group, with Evsen’s brother in law.

Evsen claims on a website he has been cleared of charges but the case is still pending and Spanish authorities won’t comment on an ongoing investigation. Evsen currently has a travel ban against him.

OCCRP tried numerous times to get in touch with Andre Gillioz and his colleague at Croisier and Gillioz, Ali Evsen and Firidun Goyushov and others but phone calls, emails and Facebook messages were left unanswered and unreturned. Erard was also involved in Salem related Panama businesses. 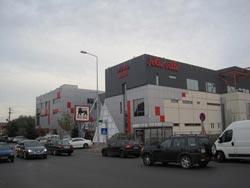 Hussein Salem built a luxury shopping mall in the outskirts of Bucharest, Romania

While the Egyptian unrest was still simmering, in December 2010, the Salems moved other assets. They sold, at least on paper, a luxury shopping mall and a few commercial companies in Romania.

The deal was concluded between Hussein Salem, Khaled Salem and the Ciopraga family from Romania, a family unknown in Romania’s small business community. A contract, drafted between the Salems and the Ciopragas, in the beginning of December 2010 stipulated transfers worth €9 million to the Salems for the Jolie Ville shopping mall. Money was transferred to the Romanian company from bank accounts at Credit Swiss.

The Salems gave away their shares in Jolie Ville Invest SRL the company that was running the shopping mall but two close associates of the Salems, Egyptian citizens Ayman Saad Mahmoud Hamdy and Abdel Hamid Ahmed Hamdy, are still minority shareholders with the company.

Hussein Salem entered the Romanian market in 2002 through a British Virgin Island based company, Jolie Ville Hotels and Real Estate Ltd. Gillioz is a nominee director in the company. The shopping mall was opened in a upscale suburb of Bucharest in 2004. Adrian Nastase, the then Romanian prime minister and Mircea Geoana, then foreign affairs minister, attended the ceremony. Salem sponsored trips to Egypt for Romanian journalists, too.

The Ciopragas refused to talk about the Jolie Ville deal.

Who Is Hussein Salem

According to an ABC News report, Hussein Salem is a former Egyptian intelligence officer involved in international arms sales. The report mentions Salem's involvement in a weapon shipment fraud.