Extending the reach of the 2012 Magnitsky Act, US Senators have introduced a new bill that aims to block human rights abusers from any country, not just Russia, from entering the United States and using its financial institutions, reports RIA Novosti.

The Magnitsky Act, which was signed by US President Barack Obama in December 2012, places visa and financial bans on individuals linked to the 2009 death of Russian lawyer and whistleblower Sergei Magnitsky. 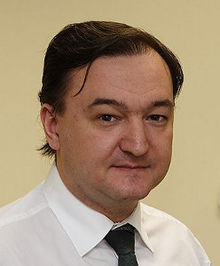 After Magnitsky uncovered and reported a US$230 million tax fraud to Russian authorities, he ended up in prison, charged with having committed the very fraud he reported. He later died in prison.

The newly introduced Global Human Rights Accountability Act expands upon the Magnitsky Act by targeting not only Russian officials but also “human rights abusers from anywhere in the world,” denying them entry into the US and banning them from using American financial institutions.

According to Senator Ben Cardin, who co-introduced the bill with Senator John McCain, the act ensures that “Gross violators of human rights from Zimbabwe to Ukraine, and Honduras to Papua New Guinea, are put on notice that they cannot escape the consequences of their actions even when their home country fails to act.”

Freedom House, which awarded Cardin and McCain their 2013 Leadership Award for their efforts in passing the Magnitsky Act, welcomed the newly presented bill.

In a press release, the US based NGO said the legislation “send(s) a message to human rights abusers around the world that their crimes will not be tolerated by the United States. It blocks them from laundering their ill-gotten gains in American financial institutions and hits them where it hurts, punishing past perpetrators and deterring further abuses.”

However, not all see the Act, which still must be passed before it can become law, as a momentous step forward.

In an interview with Voice of Russia, Andrei Kortunov, the Director-General of the Russian International Affairs Council, said that the US already denies visas to foreign citizens without needing special provisions.

Furthermore, he added that if sanctioned countries “react violently, slap (on) their own sanctions and otherwise show their vulnerability, then the US will actively use the instrument. But if these countries ignore the Act, it will eventually die a natural death.”

After the Magnitsky Act was passed, Russia retaliated with its own blacklist of 18 US officials linked to the infamous Guantanamo Bay detention facility. It also banned US citizens from adopting Russian children.

According to RIA Novosti, the senators who introduced the Global Human Rights Accountability Act expressed disappointment over the Magnitsky inaugural annual report, which added no new names to the Magnitsky list since April 2013, when 18 Russian officials were sanctioned.

The Organized Crime and Corruption Project has been recognized for its investigative reporting on the Magnitsky case, and in particular its "Proxy Platform” reporting of the phantom companies and criminal networks laundering the missing funds.