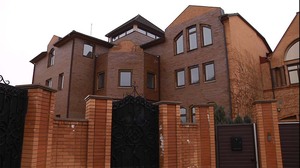 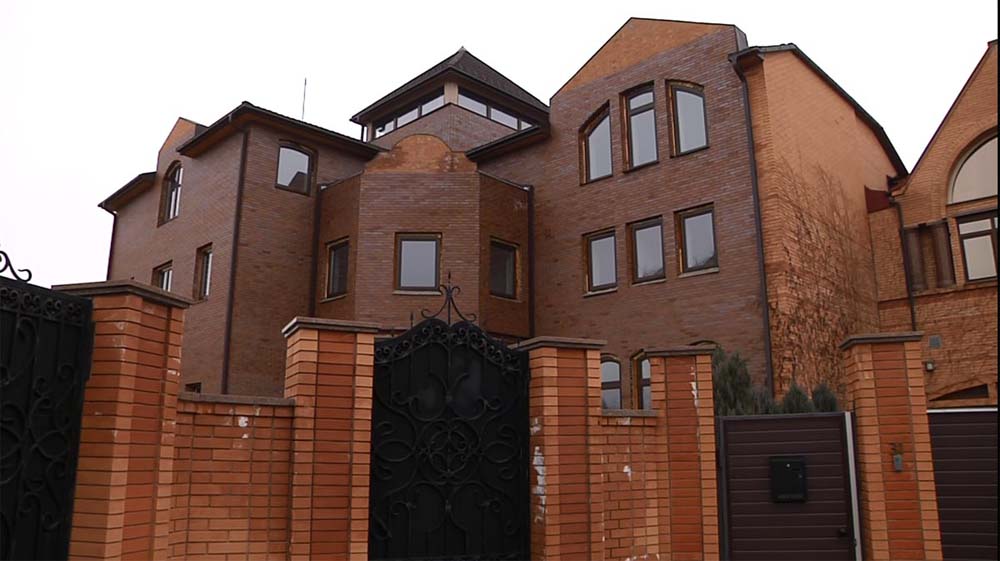 A trove of documents saved from destruction at the former Ukrainian president’s house at Mezhyhirya includes important records on real estate transactions related to Victor Yanukovych.

They include luxury residences, a handful of offices in downtown Kyiv, a small palace for the mistress, and a mansion for a “forgetful” judge. All of these projects were undertaken by Tantalit, the company that is the official owner of Mezhyhirya, the park that served as Yanukovych’s private retreat.

Yanukovych’s staff tried to destroy these records by throwing them into a reservoir as they fled Kyiv for Moscow. They were rescued by divers, activists and journalists who entered the president’s residence soon after his departure.

Many of the documents were from the archive of Tantalit, which is owned by the brother of Yanukovych’s chief of staff, although many believe Yanukovych himself controls the company. Most of the company’s activities are closely related to Yanukovych and his family or close friends. The records include real estate documents such as construction cost estimates, blueprints, contracts, receipts for utility bills and other paperwork associated with the compound which included everything from “Honka,” Yanukovych’s luxurious wooden mansion, to an ostrich farm.

However, the archive also includes documentation for the construction and maintenance of residential and commercial properties outside of Mezhyhirya. Some of these are properties are registered in the names of other First Family members. Many of these had never been publicly associated with either Mezhyhirya or Yanukovych. 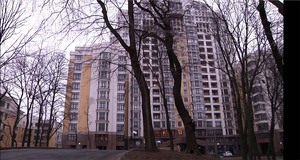 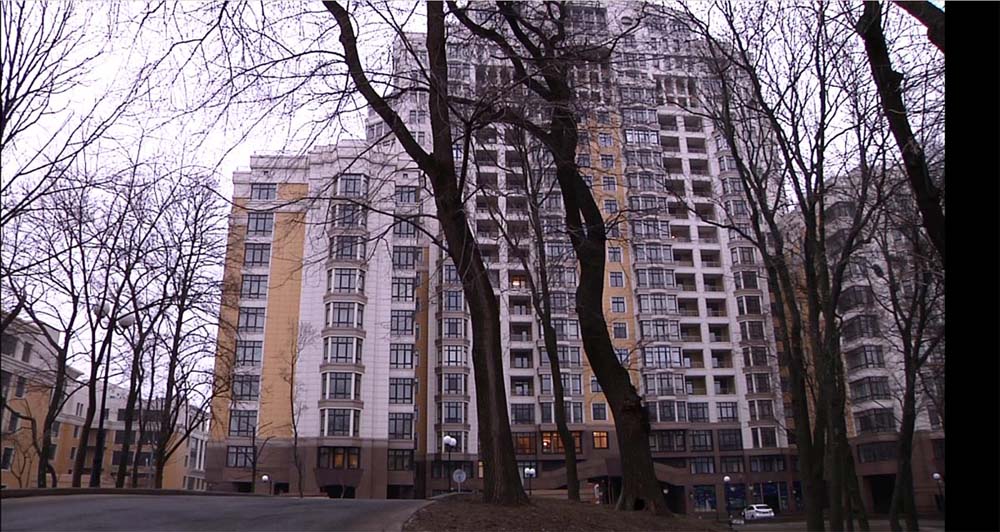 In addition to boasting the most luxurious estate in the country, the presidential family may have maintained luxury apartments in the center of Kyiv.

One such apartment owned by Tantalit is located at 9a Hrushevskoho Str., a luxurious building close to Maryinsky Park, one the most important green areas in the city center.

A woman, who introduced herself as head of the condominium, was emphatic that neither the former president nor his sons have ever lived there. She also refused to disclose the names of the real residents of the luxury apartment.

Yet, in 2010-2011, regular utility payments for Apartment B17-1 in this building were made from Tantalit accounts. Moreover, the bills were paid by management company Manaher LLC via its manager, Andriy Dudnikov.

A person with that name is the manager of Realty Estate Group, a company listed in the ownership structure of the First Family-owned UkrBusinessBank. However, an appraisal done at about that time and stored in Kyiv’s municipal technical inventory bureau was issued in the name of Viktor Yanukovych himself. Reporters could not reach Dudnikov whose phones have been disconnected.

Tantalit also owns Apartment 18 at 10 Mazepa Str. in Kyiv’s central Pechersk neighborhood. This is significant because in 2008, Yanukovych allegedly sold this apartment to Serhiy Klyuyev, a Ukrainian Member of Parliament, for a sensational US$ 33 million. At the time Yanukovych explained that he had to sell all his belongings in order to buy one of the small houses in Mezhyhirya he said he had been renting. 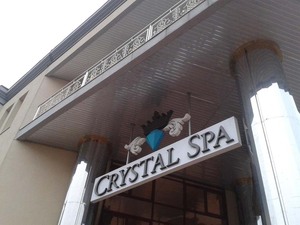 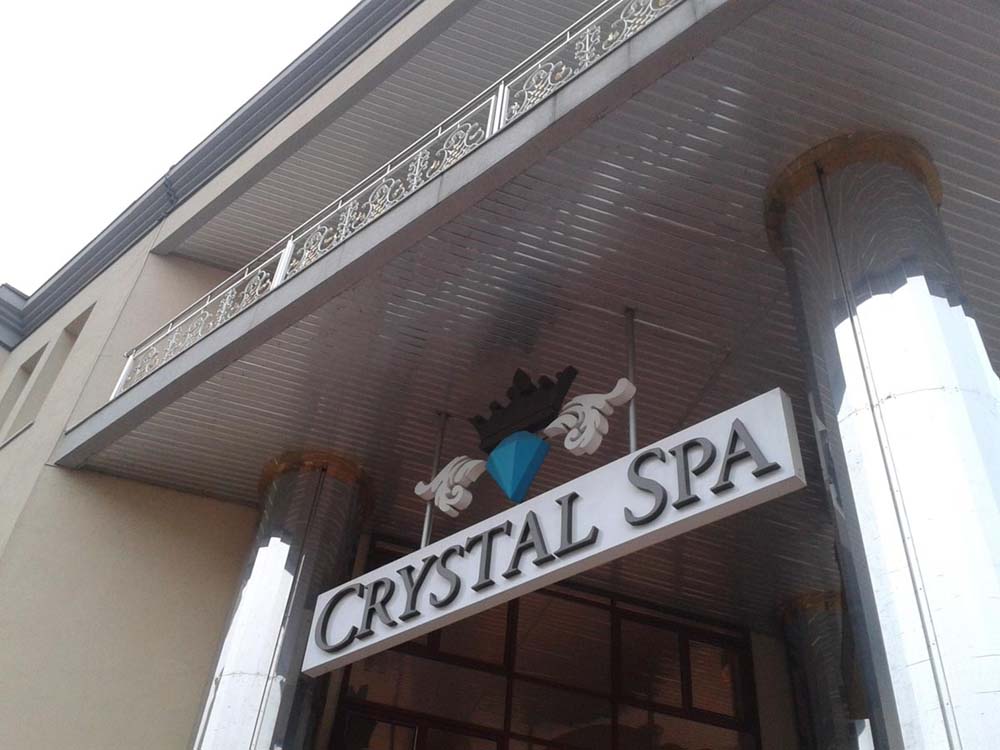 Journalists speculated that the highly unusual transaction didn’t make sense financially and may have actually been an attempt to launder money. That interpretation is bolstered by documents showing Tantalit still owns the property and it was never sold.

A security guard at the building said he was not aware that either the seller or the buyer had ever lived in the apartment.

Yanukovych’s apartment at 15/5 Obolon quay also shows up in Tantalit’s stock of properties. Yanukovych had been officially registered at the address for a long time. However, despite the former president’s claim that he had sold all his property, Tantalit also continued to own the building. Moreover, the bills were sometimes paid by Manaher LLC, the same management company cited above as onnected to the former president. According to the neighbors, there were recent renovations, but no one had moved in. In early March, prosecutors sealed it up.

On the same waterfront street, along with the estates of Serhiy Kivalov (former head of the Central Election Commission of Ukraine) and Svyatoslav Piskun (former Prosecutor General of Ukraine), is another Tantalit property at 33 Obolon quay. The land is registered to KyivBudZhytlo, a company now owned by an offshore company that was originally set up by Tantalit’s director, Pavlo Litovchenko, in 2006.

According to a local security guard, Yanukovych’s son had visited the place at least once. “Once, something like two years ago, he sailed (in) on a yacht, that was the only time he was here.” Thereafter, construction stalled and no one has ever lived there.

In the same building is a beauty salon called Crystal Spa, which belongs to Viktor Yanukovych’s common-law wife, Lubov Polezhai. Reporters visited the salon in early March, but it was closed “due to technical reasons.” According to the employees of a restaurant located in the building, the beauty salon had been closed for at least a week.

It is not the only property that was rapidly abandoned after the bloody events on Maidan. 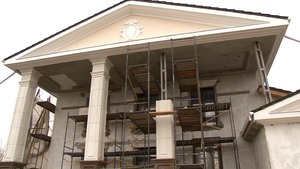 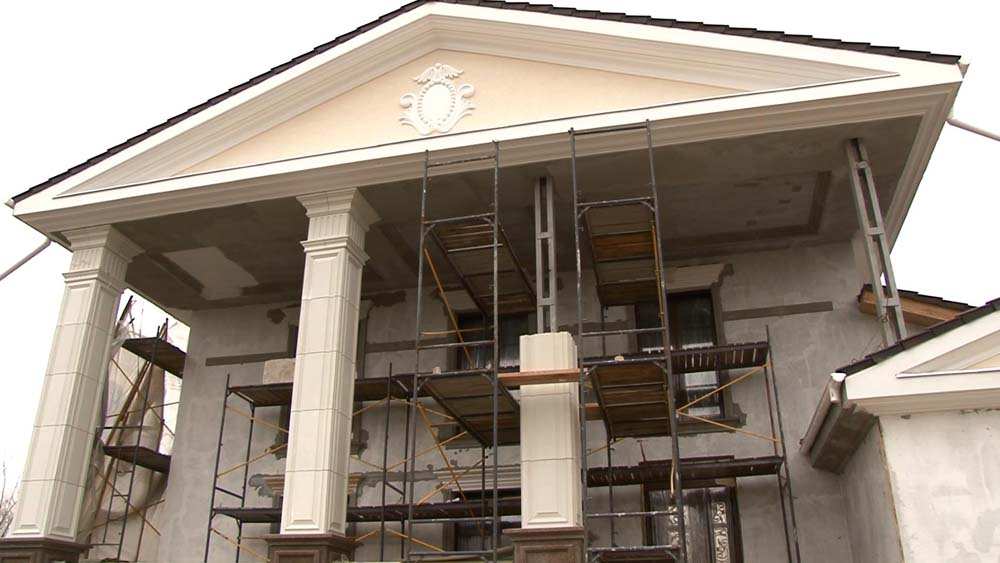 Polezhai was also building a mansion near the fence of Mezhyhirya, at 1a Svyatoslavska Str, in Lazarus Garden, according to records in the State Architectural and Construction Inspection bureau.

The construction was overseen from Mezhyhirya. A folder with documents about the house was found on the same shelf with similar documents from Mezhyhirya’s property. A design portfolio for the property was found in the office of Oleksandr Fainitskyi, director of KyivUniversalService, the company that provided building and ground maintenance for Mezhyhirya and for the president’s state-owned Synyohora residence in the Carpathians.

The Contractors who built Polezhai’s house came from a stable of firms who regularly did work for Yanukovych. For example, the facades were done by PSK Antakarana which also did similar work on one of the guest houses at Mezhyhirya, as well as a laboratory with food testing equipment on the grounds and a golf course also located there. In addition, this company supplied the building materials for the presidential residence.

Although Polezhai’s house was not completed, its appearance matched the Mezhyhirya pattern. There was matching barbed wire along the fence, columns, fancy ornamental mouldings and marble outside the house. The luxurious interiors had already been designed.

In the Footsteps of Crimean Minister 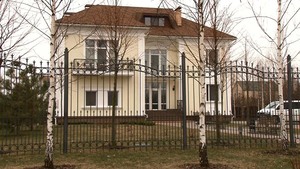 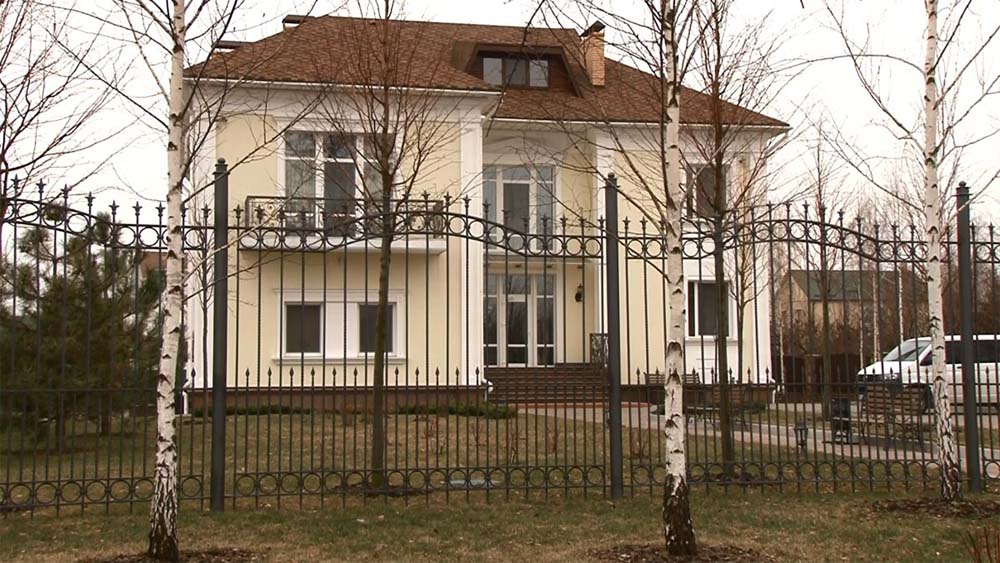 Utility bills from Tantalit’s accountant’s office also leads to another house near Mezhyhirya, a private house across the street from the president’s residence that has a similar fence, paint and other construction similarities to other buildings on the compound.

Tantalit’s records show it paid nearly Hr 3 million (worth about US$375,000 in 2010) for construction at this site, adding utilities and installing security on the neighboring property.

In addition, there’s a letter from Tantalit director Lytovchenko asking KyivUniveralService to assign a person responsible for this building and to forward all bills to Tantalit’s office in Kyiv.

According to the bills, the house is considered residential, although the builders say it was built more as a hotel or a dormitory. Reporters have not yet been able to gain access.

Although the house was built by Tantalit, the utilities are in the name of O.S. Kanevskyi. The same surname appears on the cash orders for the state certificate of registration of the land plot and on the construction permits. According to the database of the State Architectural and Construction Inspection, the residential building at this address belongs to Oleksandr Samuilovych Kanevsky.

A search of state records revealed only one person with that name: the former health minister of Crimea. Starting from the 1990s he headed different divisions of the railway hospitals in Kharkiv, Odesa, Donetsk and Kyiv. In 2011 he headed the medical department of Ukraine’s railways. Kanevskyi held the minister’s post for two years but lost the job in late February 2014, when the self-proclaimed Prime Minister of Crimea, Serhiy Aksenov, formed his own government.

The estate for the judge in Koncha-Zaspa

Another set of records found on the site pertained to a private residence in Kyiv’s upscale suburb of Koncha-Zaspa. While the residence is private, it is located on land owned by the State Administration of Affairs.

A contract found in Mezhyhirya is titled “Reconstruction of the building No. 51” and was dated on August 15 of last year with “AES-GROUP” Ltd. for Hr 10.3 mln (US$1.25 million) and signed by Judge Vyacheslav Ovcharenko.

An annex to the contract revealed that the plan was to build a three-storey residential house with the area of 835 square meters, business premises, summer kitchen, garage and chapel. The cost of the business premises was about Hr 1.87 mln (US$230,000), with the garage costing Hr 226,000 (US$28,000). Some of the paperwork is dated as late as January 2014, which means that construction was ongoing to the very end of Yanukovych’s rule. In December, the contractor was either replaced or supplemented by a company called Shatro Ltd. This company is known for being one of the contractors for construction of the laboratory at Mezhyhirya.

Ovcharenko is a judge well-known for his relationship to Yanukovych. In 1980s Ovcharenko worked as a lawyer for “OrdgonikidzeCoal”, at the same time Yanukovych held a position of a director of the local motor depot. In 2001, Ovcharenko became a judge at Yenakievo City Court, and then became the director a year later. While he was in control, documents from Yanukovych’s criminal record disappeared from the file and were never recovered. Ovcharenko blamed inadequate security of the court’s buildings.

In 2006, Ovcharenko’s career improved dramatically as he became a judge of the Constitutional Court, which exactly coincided with Yanukovych’s second term as Ukraine’s prime minister. In October of 2013, Ovcharenko became head of the Constitutional Court. In late February after Yanukovych fled, the Ukrainian Parliament dismissed him from office for violating his oath as judge.

The construction of Ovcharenko house was personally handled by Fainytskyi, the man who ran maintenance at Mezhyhirya. Tenders for the building of the house were released by his company and list the presidential compound as the response address. A chairman of the tender committee was Fainytskyi. His signature endorsed both protocols.

Construction of the judge’s luxurious estate in Koncha-Zaspa was supervised personally by Fainytskyi. Moreover, Ovcharenko’s correspondence with the head of the State Administration of Affairs, Andryi Kravets, was kept in the legal department of the Mezhyhirya archives. In the letters, Ovcharenko gets permission from Kravets to build on state property at Ovcharenko’s own expense.

Ovcharenko couldn’t be reached through the reception at Constitutional Court to comment on this story.

The Prosecutor General of Ukraine now has all of Mezhyhirya’s documents and investigations have begun in a number of cases.