Serhiy Kurchenko, the absconded 28-year-old who is accused of embezzlement and theft of nearly a billion dollars in public money, had a lot of lawyers. 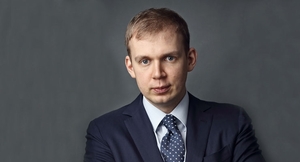 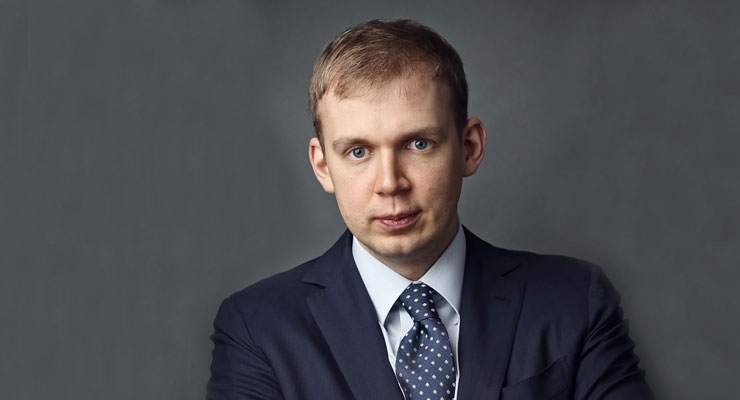 One hundred and two, to be exact.

At the end of March, the Security Service of Ukraine, or SBU, detained one of them, along with a former close business associate of Kurchenko’s.

“Both of the detained citizens are key members of the criminal group of Kurchenko and are suspected of massive theft of Ukraine’s state budget,” says the announcement on the SBU website. “As part of criminal proceedings launched under articles of (misappropriation, embezzlement and creation of criminal organization) a joint investigative team of Ukraine’s Security Service and the Prosecutor General conducted searches and seized documents proving that the detainees have been implicated in criminal financial schemes.”

The two were arrested and taken to the SBU’s pre-trial detention center.

On April 24, Bugai was released, although he remains under house arrest while the investigation proceeds; Kashkin remains in custody.

Bugai has worked closely with Kurchenko since 2013, overseeing business deals for the most controversial businessman of Viktor Yanukovych’s presidency. Kurchenko fled Ukraine leaving most of his best assets in the hands of a Russian state-owned bank through what may have been a strategic default of the company’s loans.

Bugai, meanwhile, remains a suspect but has not been charged with wrongdoing. He also remains a member of the Justice Ministry’s working group on legal reform, president of the Ukrainian Bar Association and a co-owner of the law firm Vashchenko, Bugai and Partners. Under the new Ukrainian criminal code, suspects are charged only when the investigation has concluded and the case is sent to court.

Bugai said his detention resulted from a “premature conclusion of the investigators … based on unverified information.” He says he simply provided standard legal advice and assistance to Kurchenko and had nothing to do with any money allegedly missing from the budget.

According to shredded documents found in Kurchenko’s office and restored by the YanukovychLeaks project, 70 of Kurchenko’s army of 102 lawyers were employed by VETEK’s legal department. 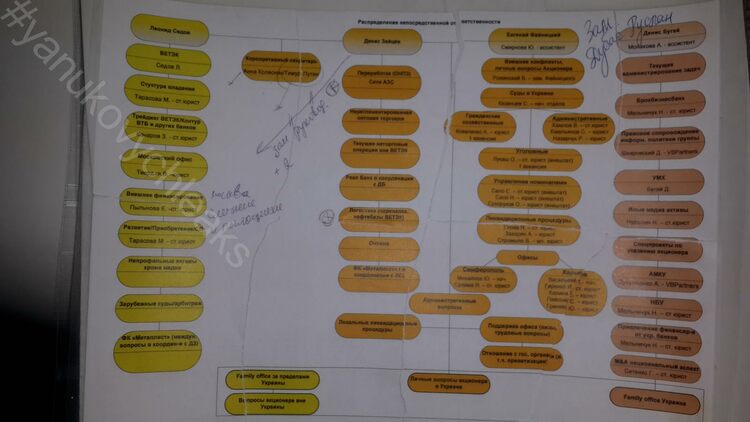 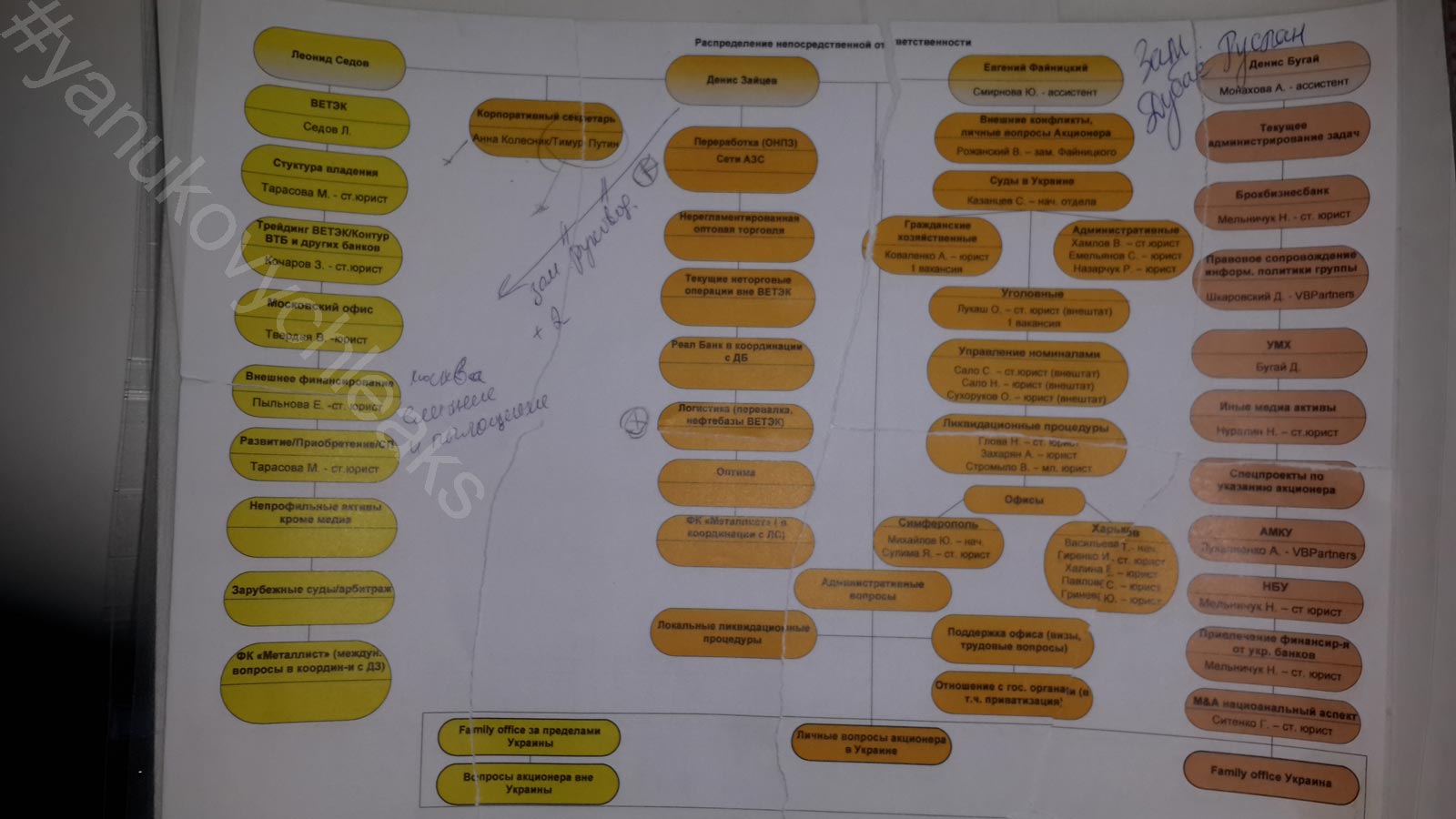 The documents indicate at least some of those lawyers understood that their role was to legitimize an illegal business.

One document clearly recorded a “rehearsal of questioning” with one of the lawyers. The lawyers may be valuable witnesses in untangling the alleged crimes connected to Kurchenko. But so far investigators at the general prosecutor’s office have not sought information from the documents.

Lawyers, accountants, company registration agents and others are often members of what OCCRP has dubbed the “criminal services industry,” the legitimate professionals who willingly or unwillingly aid corrupt officials and organized crime figures in the sometimes complex process of stealing and hiding assets.

The documents found in VETEK’s legal department were some of the least damaged, and offer a glimpse into the staffing schedule and job descriptions of the department’s employees. The monthly budgets break down the staffing by legal group. 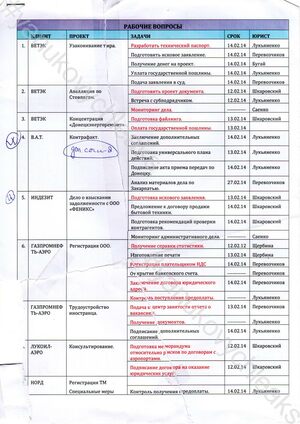 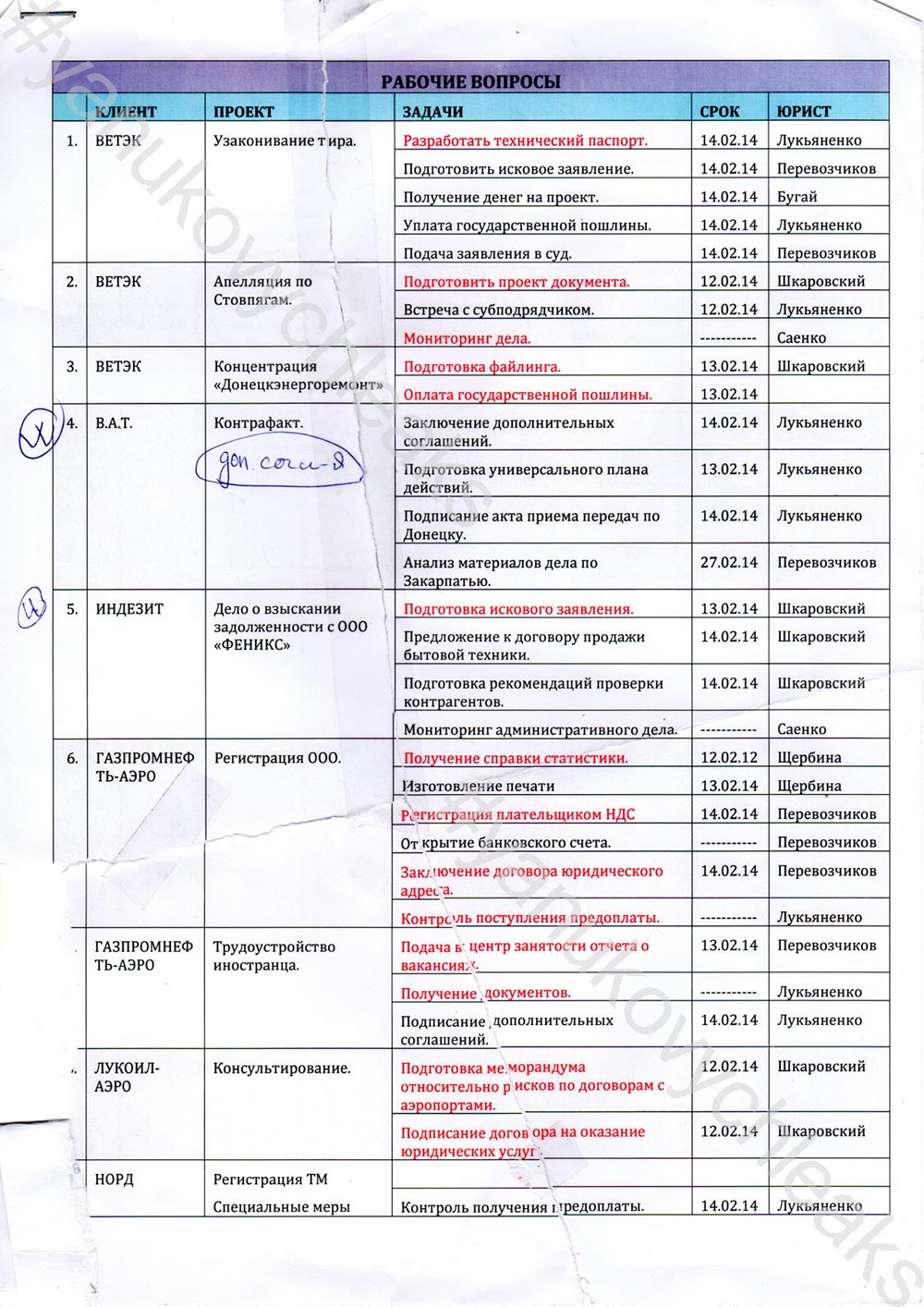 Bugai and six lawyers from his firm VB Partners were described as one legal group or “department” in the staff forms of VETEK and were retained for Hr 67,000 per month or US$ 8,375 at 2013 exchange rates.

They were tasked with handling the legal details of the deal to buy Ukrainian Media Holding (UMH), which included Forbes Ukraine. Also, Bugai dealt with issues related to BrokBiznesBank, where he chaired the supervisory council.

In early June, Ukraine’s central bank revoked the bank’s license after discovering major violations. They believe Kurchenko defrauded the bank of about $170 million in funds provided by the Central Bank through loan fraud and outright theft. He left the bank in such a poor condition that authorities opted to close the bank rather than save it. Bugai’s employee, Mykola Melnychuk, was listed as being responsible for supervising Kurchenko’s BrokBiznesBank, as well as borrowing from other Ukrainian banks, and for negotiations with the central bank. Bugai also served on the supervisory board of the bank. 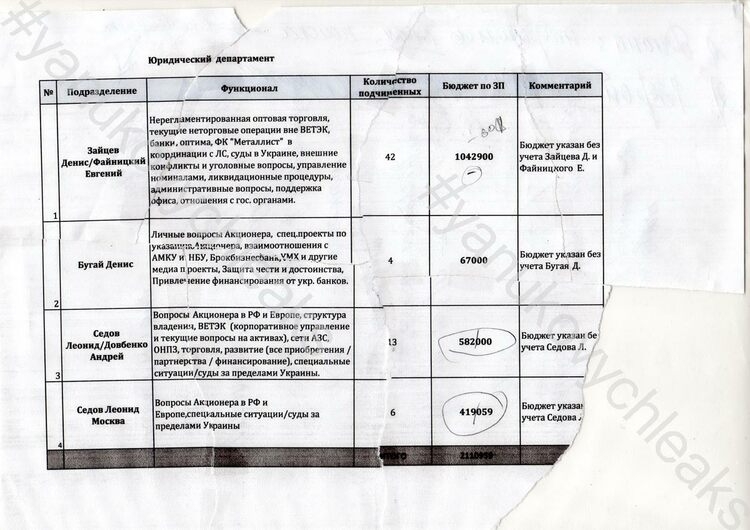 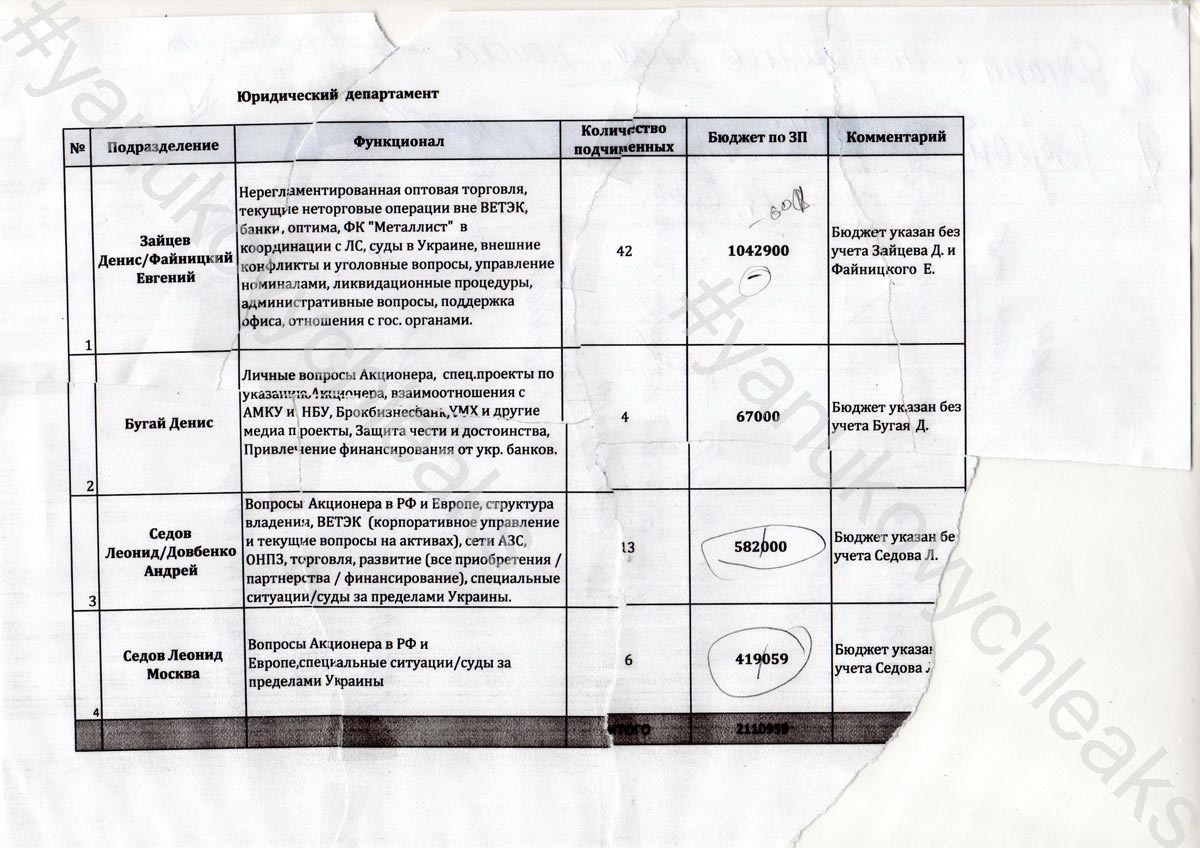 In a written response to Kyiv Post, Bugai insisted he didn’t head a department within Kurchenko’s business structure, as the restored documents suggest, but was instead a lawyer with his team, working for VETEK, a client. “I have no idea how this was reflected in the company’s internal reporting,” he said.

Bugai’s detention in March provoked turbulence in the legal community.

An official statement by the SBU, however, states directly that Kurchenko used “criminal mechanisms to purchase (the) UMH holding.” Sources in the SBU, who spoke on condition of anonymity, said that “white (legitimate)” deals were done using less savory methods. For example, the sources claim, worthless securities were used as collateral to get a loan from a state bank to purchase UMH.

Bugai said he had nothing to do with the collateral and securities aspect of the UMH deal.

According to the restored documents, Bugai himself was only responsible for UMH-related transactions. 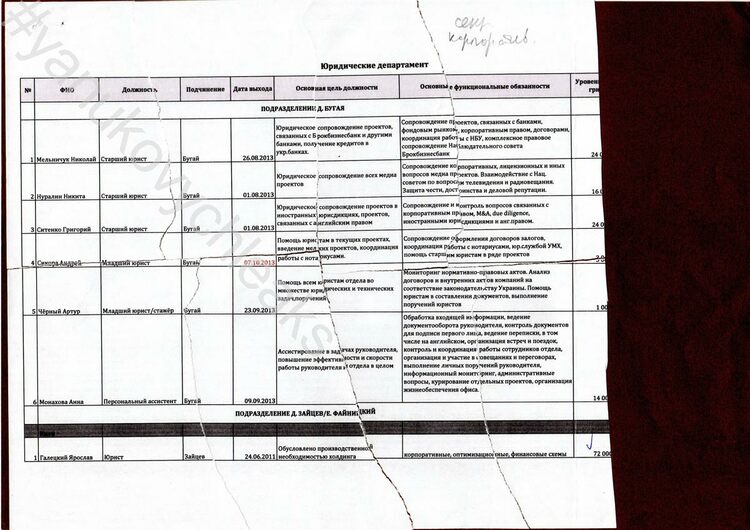 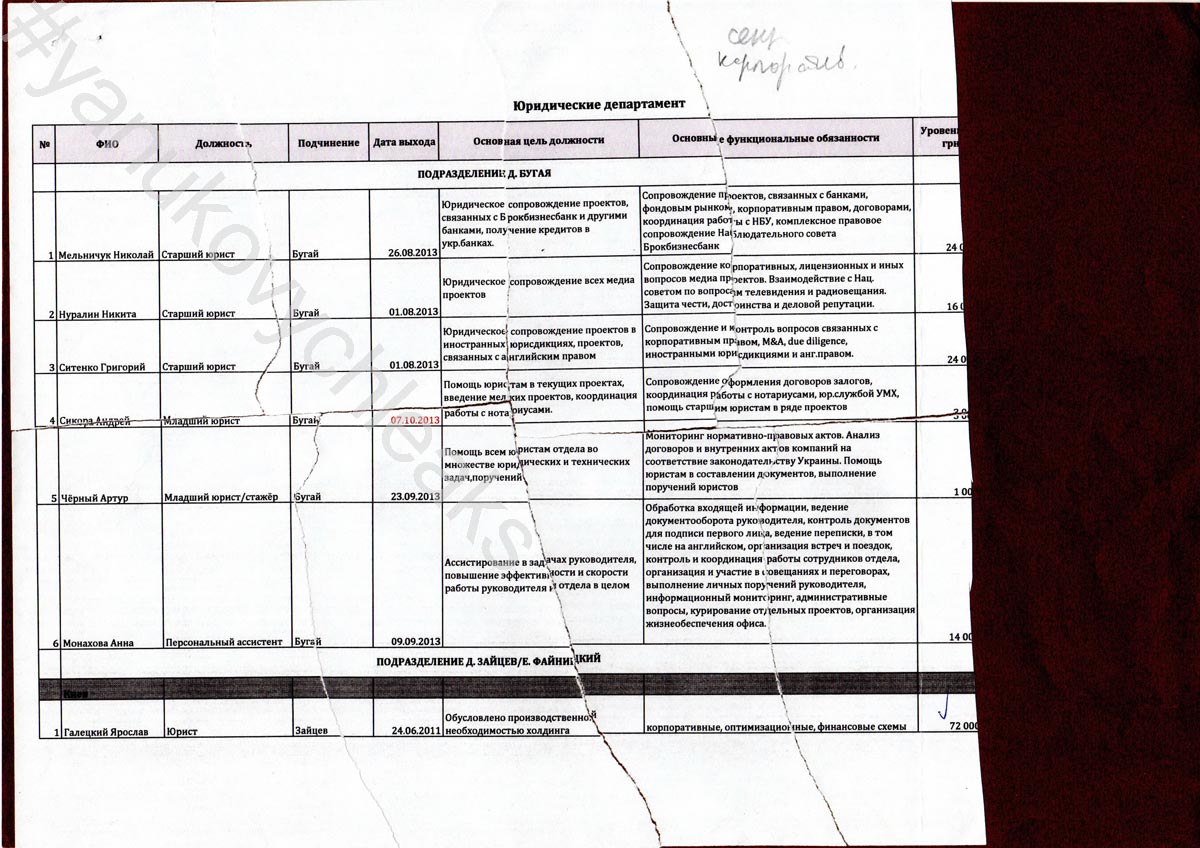 Bugai’s group also supervised other media projects, dealt with the national TV and radio regulator, and defended the Kurchenko group’s reputation in courts. Kurchenko’s personal legal issues were also a part of this group’s job description.

Bugai’s lawyers handled lawsuits pertaining to land on which Kurchenko’s house stands in the village of Stovpyagy.

Bugai’s law firm may have received a lucrative retainer with Kurchenko after performing well on the UMH deal. All of his lawyers were retained for August and September of 2013, between the time the UMH deal was announced in June and its finalization in November.

Bugai’s department, however, was the smallest and least well-paid of Kurchenko’s legal group. The issues related to gas and oil, the core of Kurchenko’s business group, and its restructuring, were taken care of by other people, who were much better paid. 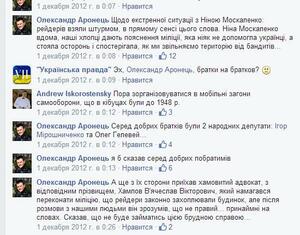 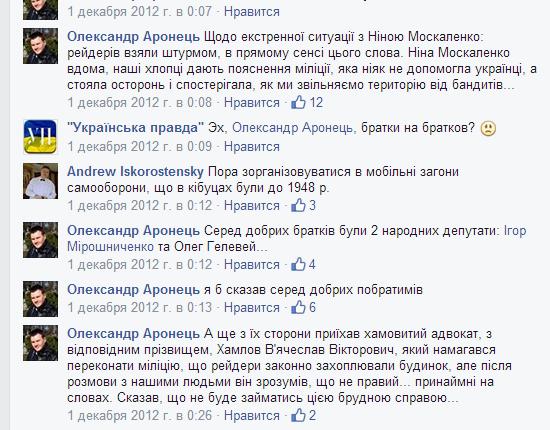 The leaders of Kurchenko’s principal legal department were Yevhen Fainitskiy and Denys Zaitsev, both of whom had worked for the group since the beginning of 2012. Fainitskiy was also an official employee at Kurchenko’s Ukrainian oil and gas company. They had a staff of between 40 and 45 people and a payroll of Hr 1.05 million (US$ 131,000) per month.

Fainitskiy could not be reached for comment. His cell phone remains inactive.

OCCRP could find very little about Zaitsev except that he is a licensed lawyer. However, along with Fainitskiy, he handled some of the most complex tasks for the holding company, including tax optimization schemes and paperwork for Ukrainian and offshore companies within the holding. Other jobs described in the shredded documents had cryptic names like “unregulated wholesale trade,” liquidation procedures, conflicts, something called “partisan movement,” government relations, and personal issues of shareholders. 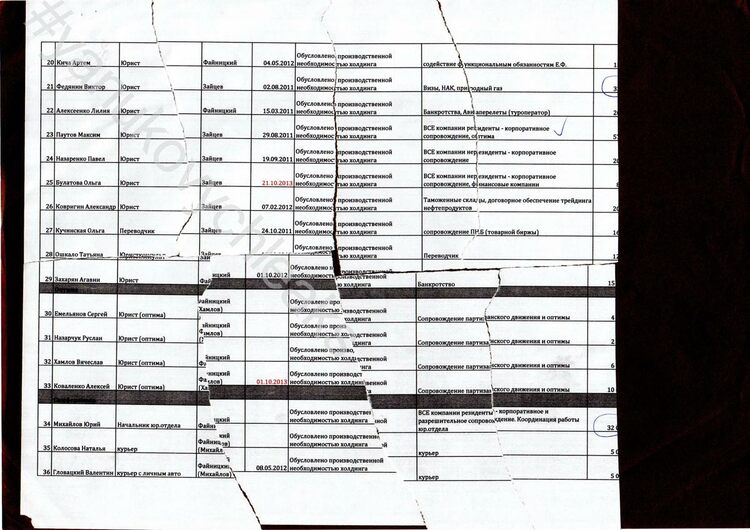 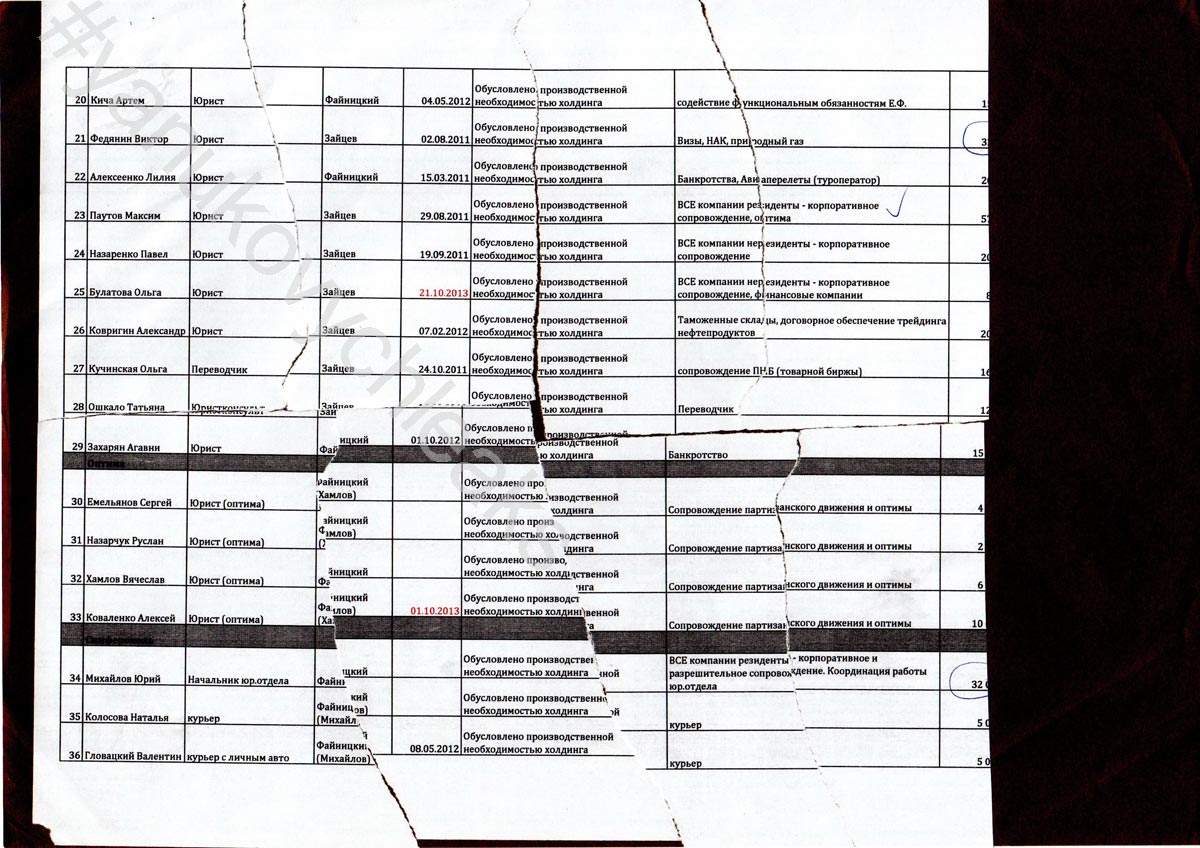 This group also employed Kyiv lawyer Yaroslav Galetskiy, the highest paid member of the group. His wage was Hr 72,000 (US$ 9,000 in 2013) per month, and he was in charge of tax optimization, as well as financial transactions. He also sat on the supervisory commission of Kurchenko’s Real Bank.

Yuriy Krayniak , a managing partner at the Jurimex law firm, says that Kurchenko’s lawyers earned much more than the market average. He said their salaries reflected the owner’s desire to protect his business interests.

“The salaries of our many oligarchs are at the level where they are paying for security of their business. A good lawyer has to take care of business security,” Krayniak says.

The “dirtiest” parts of the job were given mainly to young lawyers with very little prior legal practice. According to their profiles in social networks, two such were Anna Sytnik and Liliya Alekseenko, both supervisory board members at the Odesa Oil Refinery.

Sytnik’s job description says she was in charge of Vesti Media Holding, which had been set up by Igor Guzhva, the former chief editor of the daily newspaper Segodnya, in May of 2013. At the time he claimed that he borrowed the money, but refused to name the lenders. 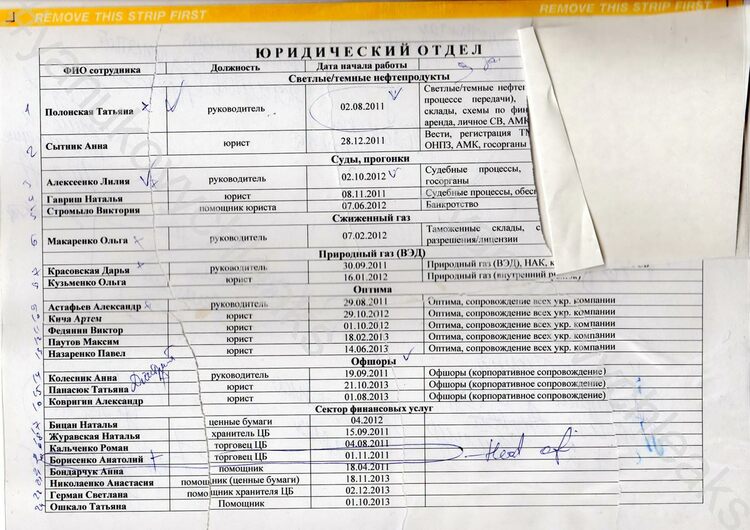 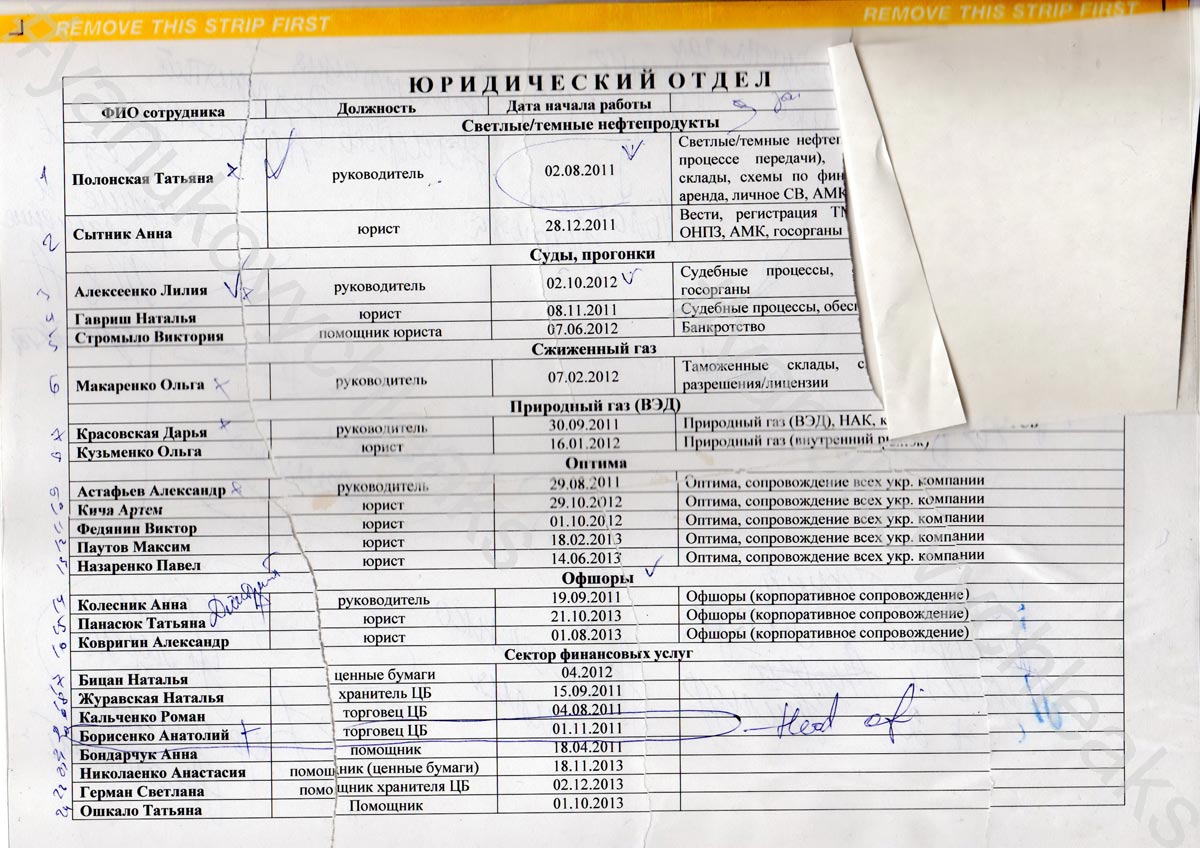 In May 2014, tax authorities seized the accounts of the main company in this media holding, Vesti Mass Media, charging it with receiving Hr 93 million (US$ 11.6 million in 2013) of laundered money as “financial aid”. They said that the money for the holding came from a legal entity “tied to Real Bank”

However, their job descriptions are not very lawyerly. A job description for lawyer Olena Kolesnyk reads: “Document turnover, copying, scanning. Member of the supervisory board of Real Bank.”

Krayniak of Jurimex says that “if a lawyer is selected for the supervisory council as a professional lawyer, (his or her) job description is unlikely to include secretarial tasks.” 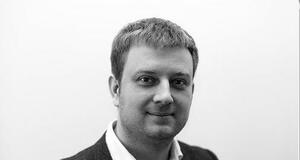 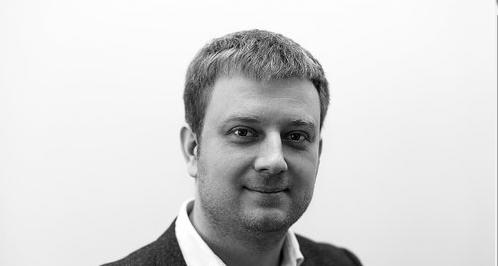 Sedov stands separately in Kurchenko’s documents. While all group leaders have the status of heads of departments, Sedov is listed as director for legal support.

Sedov’s department, like Bugai’s lawyers, supervised the “clean” assets of Kurchenko’s company. They bought networks of fueling stations, audited companies, did the legal paperwork for loans, and solved problems related to the Odesa Oil Refinery, energy and media assets, as well as Kurchenko’s personal issues, such as land disputes involving his mansion or permits for his private shooting range. 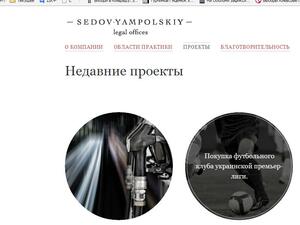 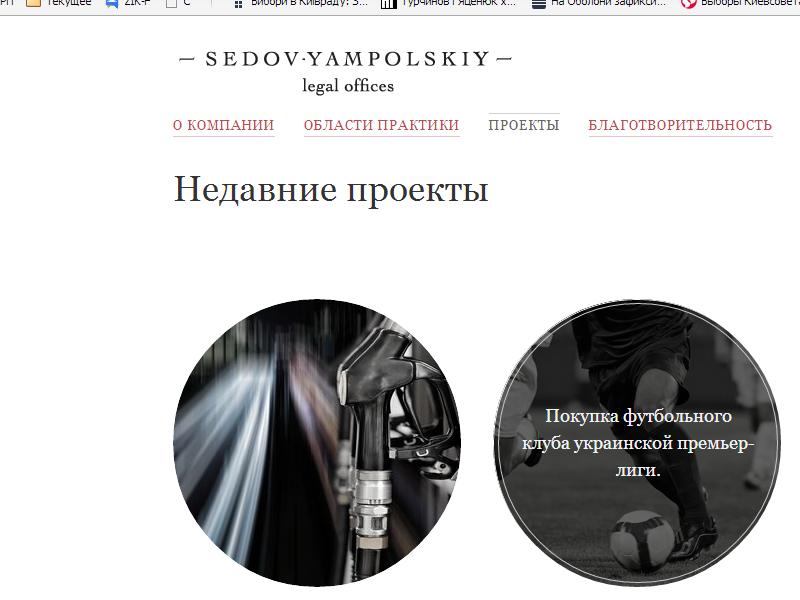 The department, in particular, did legal services for the Kharkiv-based network of fueling stations Spika. Previously, it was suggested in the media that this network in Kharkiv Oblast had been bought by Kurchenko’s group, but there was no independent confirmation of the deal. 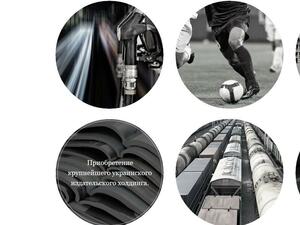 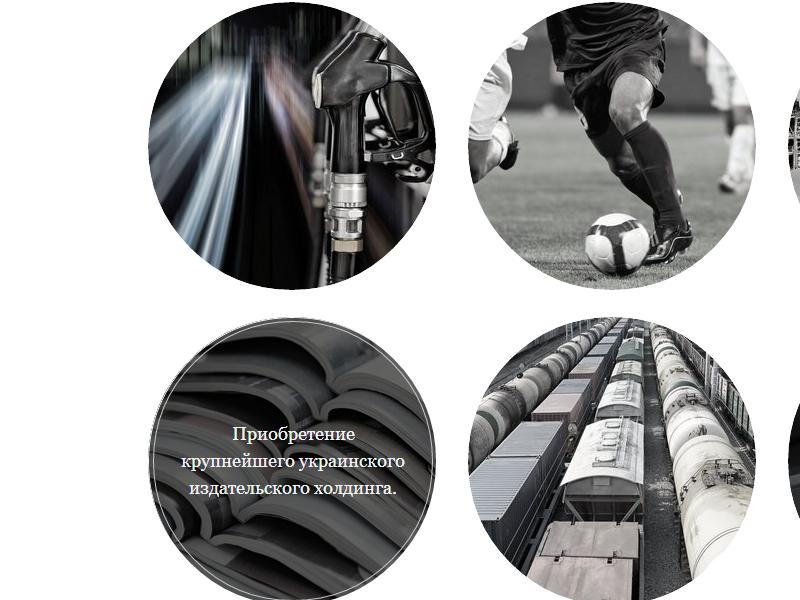 Moreover, group lawyer Igor Kravtsov took charge of the purchase of two western Ukrainian gas station networks, Olas and Avetra. But it is unclear if the deal was ever closed. 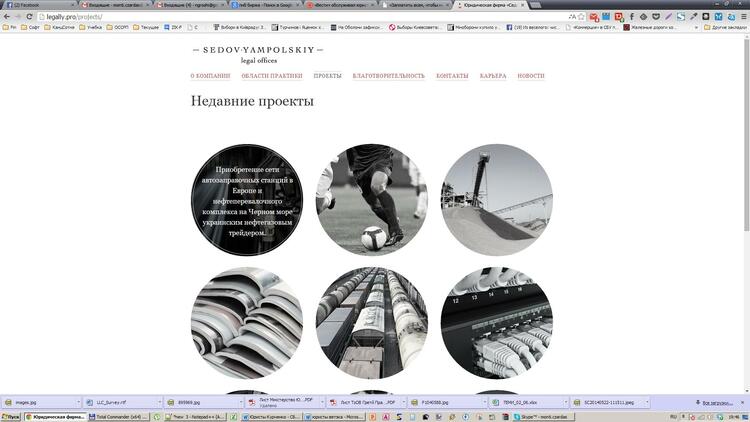 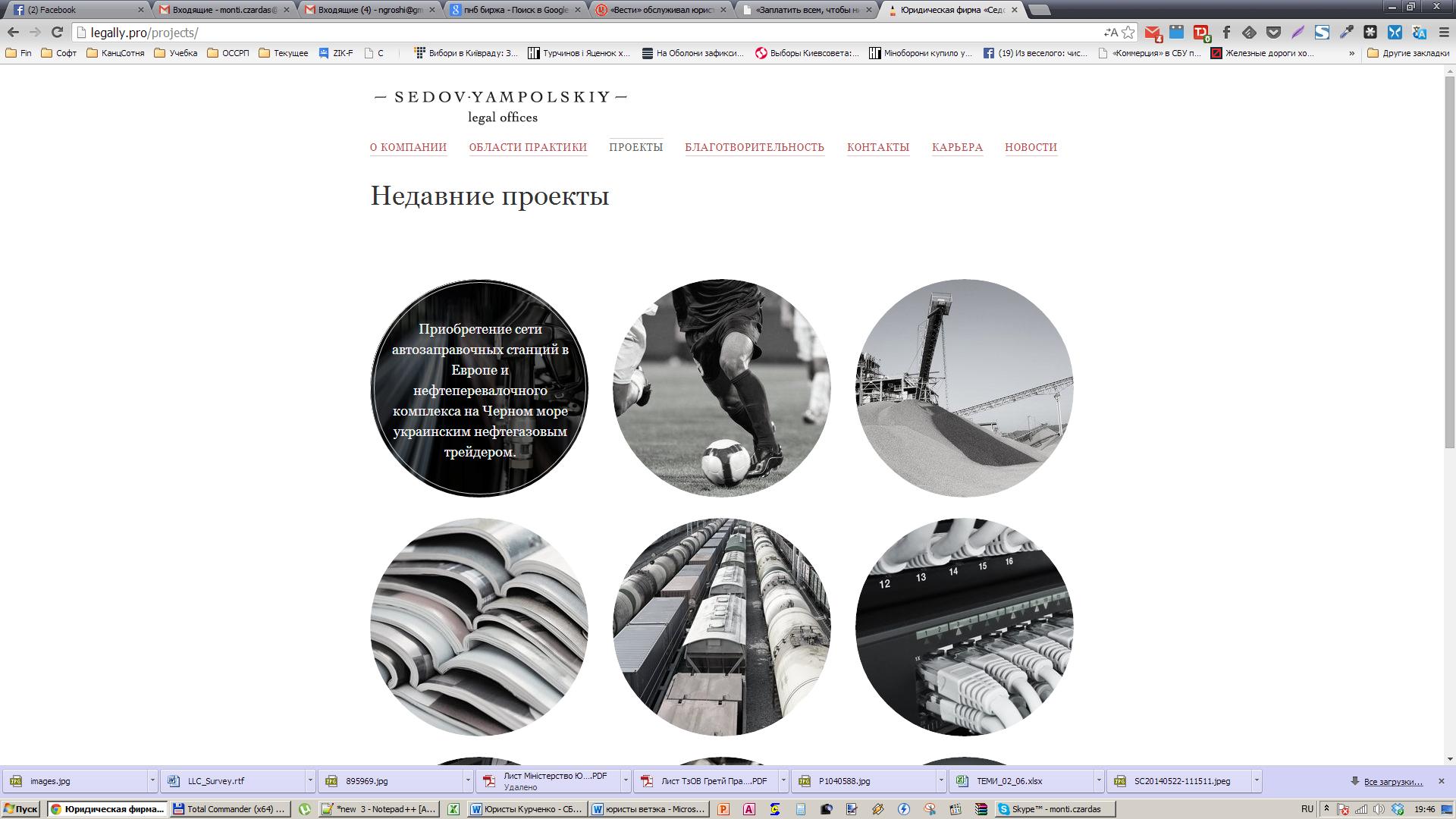 Moreover, the corporate secretary of this department, Timur Putin according to the staff schedule, was in charge of 40 out of 70 offshore companies of the group. Sedov’s department documents indicate that Kurchenko’s group had offices Mandarin Plaza and Parus in Kyiv, in addition to its headquarters in Arena City. 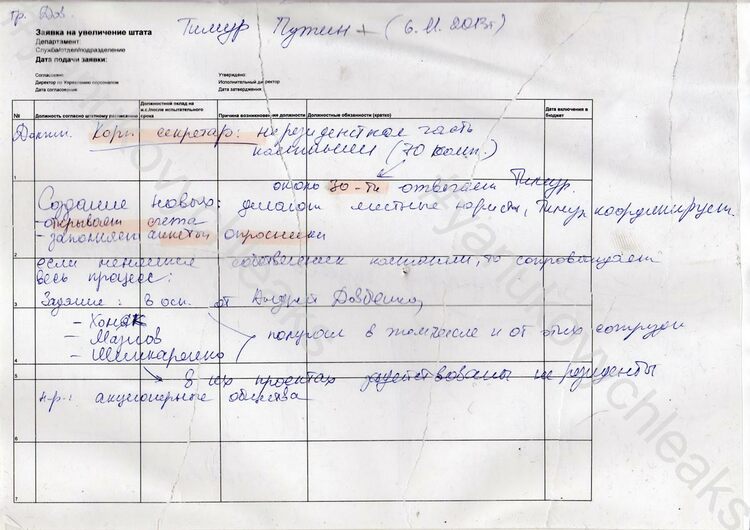 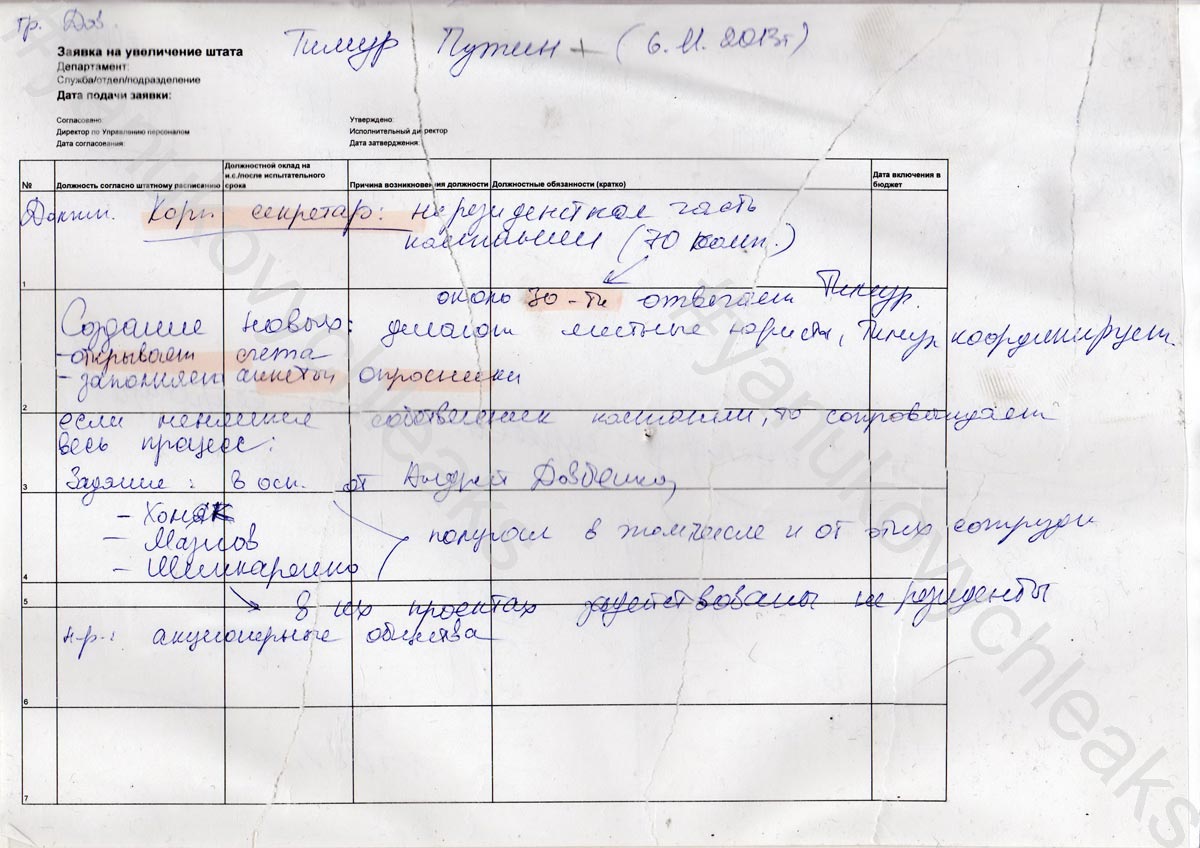 Also, part of Sedov’s group worked in Kurchenko’s Moscow office, The Moscow lawyers’ priority was mergers and acquisitions in both Ukraine and Russia.

The Sedov-Dovbenko group failed to respond to requests for comments sent by email.