Until recently, Mossack Fonseca has largely operated in the shadows. But it has come under growing scrutiny as governments have obtained partial leaks of the firm’s files and authorities in Germany and Brazil began probing its practices.

In February 2015, Süddeutsche Zeitung reported that German law-enforcement agencies had launched a series of raids targeting one of the country’s biggest banks, Commerzbank, in a tax-fraud investigation that authorities said could lead to criminal charges against Mossack Fonseca employees.

In Brazil, the law firm has become a target in a bribery and money laundering investigation dubbed “Operation Car Wash” (“Lava Jato,” in Portuguese), which has led to criminal charges against leading politicians and an investigation of popular former president Luiz Inacio Lula da Silva. The scandal threatens to unseat current President Dilma Rousseff.

Commerzbank is one of Germany's largest banking institutions

In January, Brazilian prosecutors labeled Mossack Fonseca as a “big money launderer” and announced they had filed criminal charges against five employees of the firm’s Brazilian office for their role in the scandal.

The disclosures found inside the law firm’s leaked files dramatically expand on previous leaks of offshore records that ICIJ and its reporting partners have revealed in the past four years. 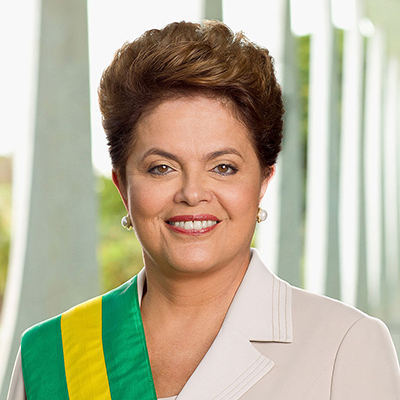 In the largest media collaboration ever undertaken, journalists working in more than 25 languages dug into Mossack Fonseca’s inner workings and traced the secret dealings of the law firm’s customers around the world. They shared information and hunted down leads generated by the leaked files using corporate filings, property records, financial disclosures, court documents and interviews with money laundering experts and law-enforcement officials .

Reporters at Süddeutsche Zeitung obtained millions of records from a confidential source and shared them with ICIJ and other media partners. The news outlets involved in the collaboration did not pay for the documents.

Before Süddeutsche Zeitung obtained the leak, German tax authorities bought a smaller set of Mossack Fonseca documents from a whistleblower, a move that triggered the raids in Germany in early 2015. This smaller set of files has since been offered to tax authorities in the United Kingdom, the United States and other countries, according to sources with knowledge of the matter.

The larger set of files obtained by the news organizations offers more than a snapshot of one law firm’s business methods or a catalog of its more unsavory customers. It allows a far-reaching view into an industry that has worked to keep its practices hidden — and offers clues as to why efforts to reform the system have faltered.

The story of Mossack Fonseca is, in many ways, the story of the offshore system itself.