Before dawn on Nov. 26, 1983, six robbers slipped into the Brink’s-Mat warehouse at London’s Heathrow Airport. The thugs tied up the security guards, doused them in gasoline, lit a match and threatened to set them afire unless they opened the warehouse’s vault. Inside, the thieves found nearly 7,000 gold bars, diamonds and cash.

“Thanks ever so much for your help. Have a nice Christmas,” one of the crooks said as they departed.

British media dubbed the heist the “Crime of the Century.” Much of the loot — including the cash reaped by melting the gold and selling it — was never recovered. Where the missing money went is a mystery that continues to fascinate students of England’s underworld. 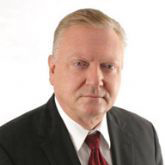 Now documents within Mossack Fonseca’s files reveal that the law firm and its co-founder, Jürgen Mossack, may have helped the conspirators keep the spoils out of the hands of authorities by protecting a company tied to Gordon Parry, a London wheeler-dealer who laundered money for the Brink’s-Mat plotters.

Sixteen months after the robbery, the records show, Mossack Fonseca set up a Panama shell company called Feberion Inc. Jürgen Mossack was one the company’s three “nominee” directors, a term used in the business for stand-ins who control a company on paper but exercise no real authority over its activities.

An internal memo written by Mossack shows he was aware in 1986 that the company was “apparently involved in the management of money from the famous theft from Brink’s-Mat in London. The company itself has not been used illegally, but it could be that the company invested money through bank accounts and properties that was illegitimately sourced.” Mossack Fonseca records from 1987 make it clear that Parry was behind Feberion.

“Records... make it clear that Parry was behind Feberion.”

Rather than help authorities gain access to Feberion’s assets, the law firm took steps that prevented U.K. police from gaining control of the company, the records show.

After police obtained the two certificates that controlled the company’s ownership, Mossack Fonseca arranged for Feberion to issue 98 new shares, a move that appears to have effectively wrested control away from investigators, the leaked records show.

It was not until 1995 — three years after Parry was sent to prison for his role in the gold caper — that Mossack Fonseca ended its business relationship with Feberion.

A spokesman for the law firm said any allegations the firm helped shield the proceeds of the Brink’s-Mat robbery “are entirely false.” The spokesman said Jürgen Mossack “never had any dealings” with Parry and was never contacted by police about the case.

Mossack Fonseca’s defense of the dodgy company illustrates how far many offshore operatives will go to serve their customers’ interests.

The offshore system relies on a sprawling global industry of bankers, lawyers, accountants and other middlemen who work together to protect their clients’ secrets. These secrecy experts use anonymous companies, trusts and other paper entities to create complex structures that can be used to disguise the origins of dirty money.

“They are the gasoline that runs the engine,” says Robert Mazur, a former U.S. drug agent and author of “The Infiltrator: My Secret Life Inside the Dirty Banks Behind Pablo Escobar’s Medellín Cartel.” “They’re an extraordinarily important piece of the formula of success for criminal organizations.”

Mossack Fonseca told ICIJ that it follows “both the letter and spirit of the law. Because we do, we have not once in nearly 40 years of operation been charged with criminal wrongdoing.”

The men who founded the firm decades ago — and continue today as its main partners — are well-known figures in Panamanian society and politics.

Jürgen Mossack is a German immigrant whose father sought a new life in Panama for his family after serving in Hitler’s Waffen-SS during World War II. Ramón Fonseca is an award-winning novelist who has worked in recent years as an adviser to Panama’s president. He took a leave of absence as presidential adviser in March after his firm was implicated in the Brazil scandal and ICIJ and its partners began to ask questions about the law firm’s practices. 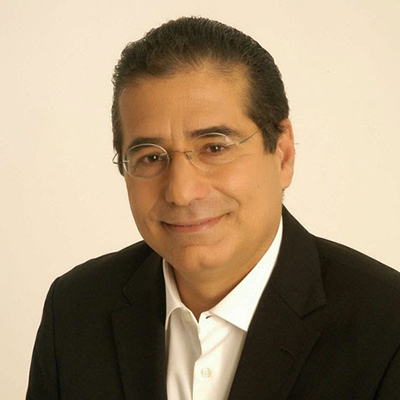 From its base in Panama, one of the world’s top financial secrecy zones, Mossack Fonseca seeds anonymous companies in Panama, the British Virgin Islands and other financial havens.

The law firm has worked closely with big banks and big law firms in places like The Netherlands, Mexico, the United States and Switzerland, helping clients move money or slash their tax bills, the secret records show.

In all, the files indicate Mossack Fonseca worked with more than 14,000 banks, law firms, company incorporators and other middlemen to set up companies, foundations and trusts for customers, the records show.

In its efforts to protect Feberion Inc., the shell company linked to the Brink’s-Mat gold heist, Mossack Fonseca used the services of a Panama-based firm, Chartered Management Company, run by Gilbert R.J. Straub, an American expatriate who played a cameo role in the Watergate scandal.

In 1987, as U.K. police were investigating the shell company, Jürgen Mossack and Feberion’s other paper directors resigned, with the understanding they’d be replaced by new directors appointed by Straub’s Chartered Management, the secret files show.

Straub was eventually caught in a U.S. Drug Enforcement Administration sting that was unrelated to the Brink’s-Mat case, according to Mazur, the former undercover agent. Mazur built the case that led Straub to plead guilty to money laundering in 1995. During Mazur’s deep-cover stint, Mazur said, Straub tried to establish his criminal bona fides by describing how he’d illegally channeled cash to President Nixon’s 1972 re-election campaign.