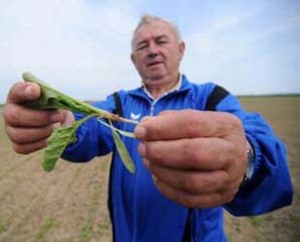 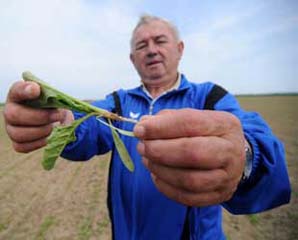 Police say factory was owned by alleged money launderer but farmers are caught in the middle.

A month after police closed the Bijeljina Sugar Factory they said was bought with laundered drug money, farmers and villagers who had gambled their future on the plant face catastrophic loss of a season of crops. And the local region is threatened with the loss of an important buyer and employer.

The arrest of factory owner Zoran Ćopić, accused of working with fugitive drug boss Darko Šarić, has set off a chain reaction that threatens to damage the agriculture community in Semberija. Hundreds of acres of beets for the sugar factory sit in the fields, badly needed pesticides and other chemicals can’t be purchased and factory workers are jobless.

In small regional towns in the Balkans, one factory can mean the difference between local communities thriving or suffering. In Semberija, a rural agricultural region in northwest Bosnia and Herzegovina, the local sugar factory has provided not only jobs but has become a major buyer of goods from local farmers in the rare flat, fertile regions of this mountainous country since it opened two years ago.

An Organized Crime and Corruption Reporting Project (OCCRP) reporter visited the factory in nearby Bijeljina. A dozen cars were parked in the lot. At the gate a generator strong enough only to only power computers could be heard. Electricity was turned off a month ago, although the government restored power two weeks later.

Rade Rakić and Meho Fafulić, technical directors for the production sat in a room illuminated only by daylight.

They say that workers and the factory itself are taking the punishment for crimes Ćopić may have committed. They argue that the judiciary should do its job and that the factory needs to continue working.

Right now the factory has 83 workers, but if it reaches full capacity, the number of employees during peak season could swell to 350. “If the factory does not start operating again, it is not just a disaster for Bijeljina and Semberija, but a disaster for the RS and BiH,” Rakić said. Other industries depend on the plant.

“In order for us to work in full capacity, we need all of those things working together,” Rakić said. “It’s all in one chain. Something has to be done.” 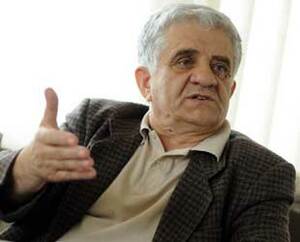 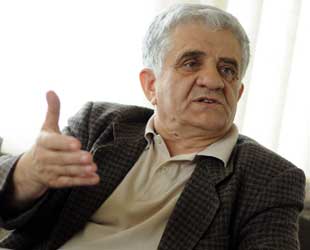 Rade Rakić, technical director of the Bijeljina sugar factory said their closure would be disaster for the whole of BiH.

Coupled with last year’s devastating floods, the police seizure threaten many of the region’s farms.

“They could not have chosen a worse time” to arrest Ćopić, said Zdravko Milošević, a Bijeljina farmer with a mortgaged farm and 20 acres at stake. Milošević said things are so bad that he has thought about suicide.

Indeed, the timing made things far more difficult. If Ćopić had been arrested a month earlier, farmers may well not have planted the seeds, or would have altered their schedule. A month later, they might have received the pesticides needed for a full harvest. .

An OCCRP investigation found that Ćopić bought companies through privatization in Serbia and Bosnia and Herzegovina (BiH), then promptly sent them into bankruptcy as he and his partners benefitted from selling and mortgaging the property. 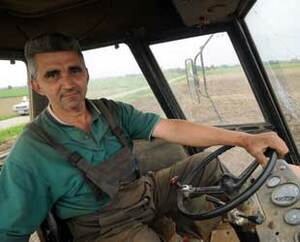 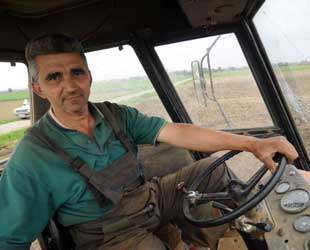 Zdravko Milošević says he could lose his whole sugar beet harvest if he doesn't get pesticides soon.

Ćopić sold Šarić a massive Serbian firm named Mitrosrem for €27 million although after the sale, the Serbian privatization agency canceled the privatization after a warrant was issued for Šarić’s arrest. Police say Ćopić used €7 million of Šarić’s drug fortune to buy the sugar factory and they see this as part of a money laundering operation. Ćopić has denied the allegations saying he never received the full payment for the company.

Police say Šarić is a Montenegrin fugitive who in involved in a cartel stretching from the Balkans to South America. Caught up in that larger investigation, Ćopić’s property, including an airplane rental company and his BiH businesses, were seized.

In an exclusive taped interview a week before his arrest, Ćopić insisted he did not directly use Šarić’s money to buy the plant. He said it was his goal to make the sugar factory productive.

The factory had been idle for 17 years, until Ćopić bought it, and brought it back to life. 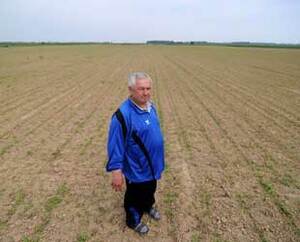 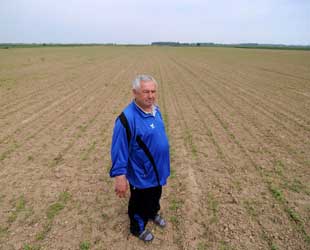 Ljubo Maletić warns that crops yield is going down with each day of delay.

He got Enver Moralić, one of the largest Croatian wine producers, to pay for seed and fertilizer as part of a deal for being a partner in the business.

The local impact of the factory cannot be overestimated. It once produced its own electricity in such quantities that it donated excess to the public grid, and bought raw material from the mining and paper industries to make and package its products.

Small farmers especially depended on it – relying on it to finance seeds, fertilizer, pesticides and other upfront costs they could not afford.

Farmers and factory managers said they have been in talks with the government about reopening the plant. They are awaiting for a decision from Džerard Selman, Republika Srpska minister of justice, about a way around the paralyzing confiscation of the plant. If a solution is not reached this week, farmers say, it will be too late to save the crops – and about 450 acres of mostly family farms.

Selman did not return repeated phone calls from OCCRP. 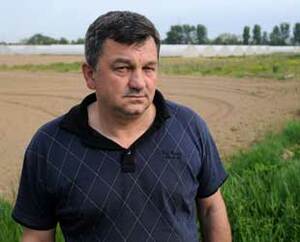 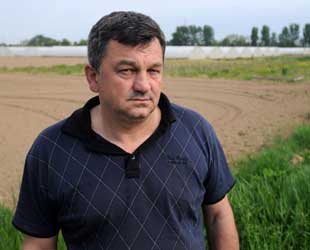 The pesticides were supposed to have been applied about 17 days ago. Ljubo Maletić, a farmer from a village Kojčinovac near Bijeljina says that with each passing day, the beet crop is shrinking.

“If weed outgrows the sugar beets, the entire crop will be destroyed,” said Mihajlović.

“Even if the problem is resolved in these few days, we will have losses of up to 50 percent of the crop,” he says, adding that he cannot even imagine what will happen if the deal fails.

Jovo Ošopović, who has 60 acres of sugar beets, also says that this job must not fail.

“Two years ago, a business with milk failed. I had 50 cows and a similar situation occurred like with the sugar factory, the company went out of business and we could not sell the milk,” Ošopović said. “And last year, the rains and floods have destroyed more than 70 percent of wheat, and we put all our hopes into this job with sugar beet. Oh, I cannot even imagine what will happen if this does not get resolved.”