The Aliyevs’ Nest: The Family of Azerbaijan’s President Has Found a Home Near Moscow

About 10 km outside Moscow, along the Rublevo-Uspensky highway, is one of the most expensive residential real estate developments in the world.

Sady Meyendorff, or Meyendorff Gardens, is a cottage village named after the Meyendorffs, a prominent family who lived in a local chateau before the Russian revolution. Their castle later became an exclusive sanitorium for luminaries such as cosmonaut Yuri Gagarin and writer Mikhail Bulgakov, as well as the unofficial residences of former President Dmitry Medvedev. It’s now managed by the presidential administration.

Nearby are properties belonging to some of Russia’s most prominent billionaires. One of the homes, which is shaped like a spaceship, was designed for prominent property developer Vladislav Doronin by world-renowned architect Zaha Hadid.

Realtors say this is the one of the most expensive residential real estate areas in Russia. On its website, the developer of Meyendorff Gardens guarantees buyers private transactions, as he “understands the nature of the local clientele.”

Meyendorff Gardens is also home to two mansions owned by the family of President Ilham Aliyev of Azerbaijan. 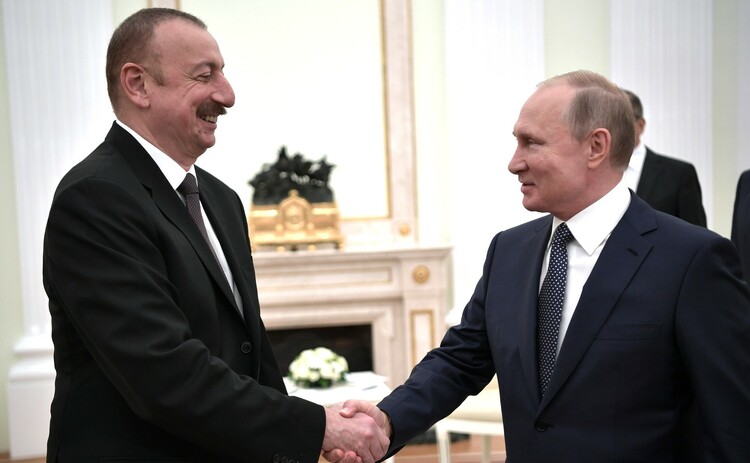 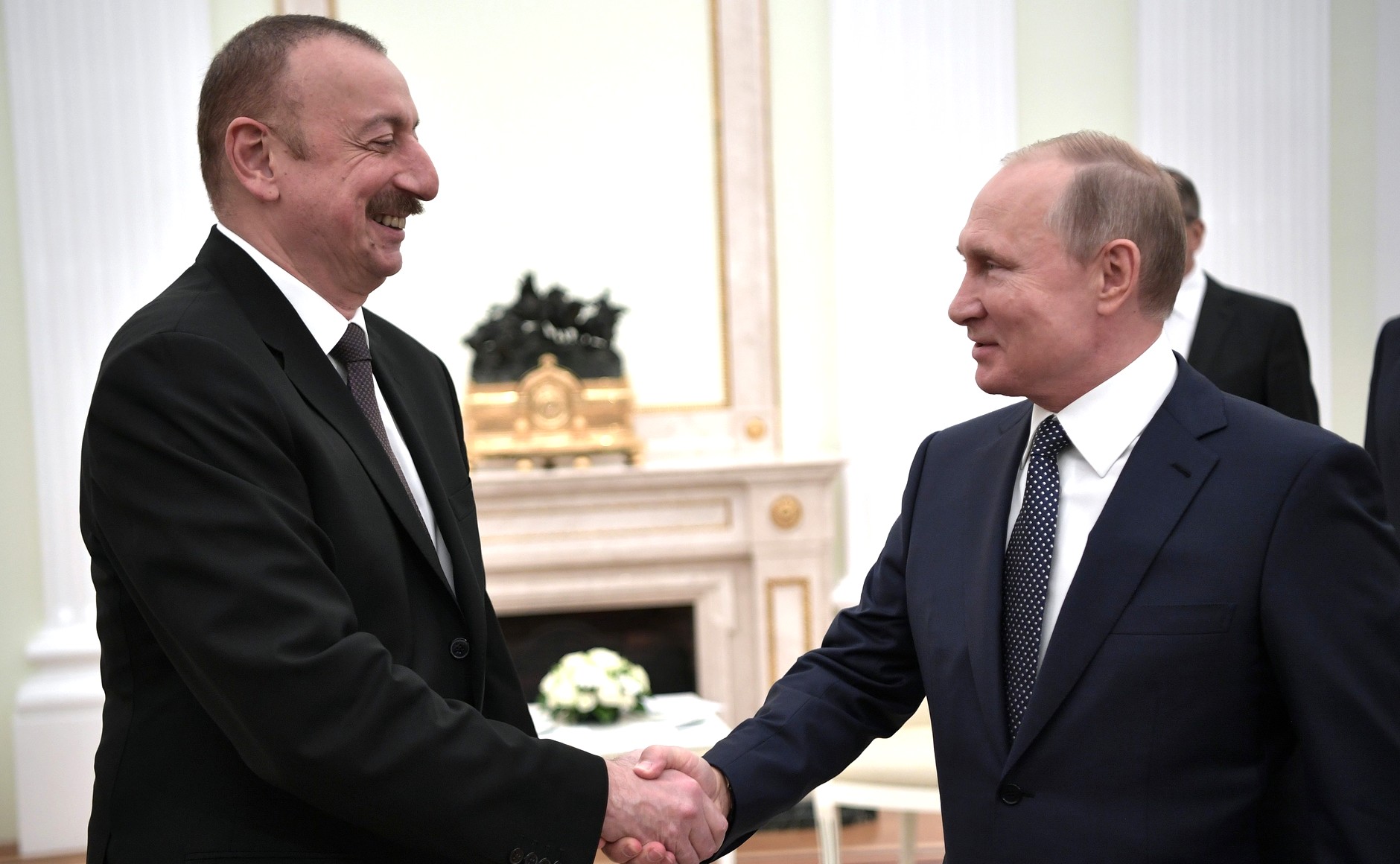 Credit: The Kremlin President Ilham Aliyev of Azerbaijan shakes hands with President Vladimir Putin of Russia at the Kremlin in June 2018.

According to Russia’s property registry, one mansion in the settlement, along with a plot of land, is registered to the president’s 22-year-old son, Heydar Aliyev. The area of the plot is almost 7,200 square meters; the house is nearly 1,600 square meters. The plot also has a guard house.

According to the registry, Heydar Aliyev received the building and the plot as a gift from his grandfather on his mother’s side, Arif Pashayev, in April 2007. Pashayev had bought the mansion the year before. Reporters were unable to reach the seller to ask him about the price. Today, after several fluctuations in the Moscow residential real estate market, similar properties are selling for 2.3 billion rubles (about US$ 35 million).

The second plot belonging to the Aliyev family is at the other end of Meyendorff Gardens. OCCRP has previously reported that it belonged to the Azerbaijani president’s eldest daughter, Leyla.

Neither the Aliyev administration nor Pashayev responded to requests for comment.

Such mansions form only a small part of the Aliyev family’s fortunes. In addition to a villa in Karlovy Vary and a mansion in London, the family also owns multi-billion-dollar businesses, including hotels and gold mines in Azerbaijan and a resort, hotel and villas in Dubai, as reported by OCCRP.

Their main asset is the presidency of Azerbaijan, which Ilham Aliyev took over from his father Heydar after the latter’s death in 2003. Since then, the country’s constitution has been amended to allow the president to be re-elected an unlimited number of times, and the presidential term has been increased from five to seven years. In addition, the position of first vice-president has been established and is currently occupied by Aliyev’s wife, Mehriban.

The country is known for rampant corruption, gross human rights violations, and cronyism. The first family controls a significant part of the oil-rich country’s economy including large shares of the energy, construction, tourism, transportation, real estate and other industries.

Azerbaijani presidential candidates are required to declare their incomes and properties to the Election Commission. The last presidential elections were held in 2018, but the commission is not required to publish the declarations and did not do so. Some of the other candidates publicly disclosed information about their property and revenues, but Aliyev did not.