Police began investigating the theft of 19 million euros back in 2015. Reporters have now tracked down some of the funds.

After skimming 19 million euros from a European Union project to provide food to hungry Romanians, alleged members of an organized crime group splashed out on a luxury hotel, an expensive meal, and a designer handbag.

Reporters from OCCRP’s network first revealed the theft in 2015, the same day that Romanian anti-corruption officers raided the Agency for Payments and Intervention in Agriculture (APIA), which was responsible for overseeing the EU program.

Four suspects — two of whom prosecutors say were part of a criminal gang the police have dubbed “the Universals” — are now on trial, charged with fraud. The case is ongoing, and the destination of the stolen cash has yet to be made public.

But reporters from two OCCRP member centers –– RISE Romania and Bivol in Bulgaria –– managed to follow the trail of some of the missing funds. While prosecutors have said a total of 26 million euros went missing, reporters zeroed in on 19 million euros that was stolen through one particular contract.

The money was stolen from an EU program that provides basic foodstuffs, such as flour and oil, to the bloc’s poorest citizens. In 2012, APIA chose a company called Viem Corporation Eood as a major contractor on the aid project, which fed some 2.5 million low-income Romanians until it ended in 2020.

Unbeknownst to the EU, Viem was controlled by two alleged organized crime figures from Bulgaria. Leaked bank records show that in a single day in October 2012, Viem stole 19 million euros intended for the food aid program. The cash was then funnelled through a network of offshore companies that moved funds from Cyprus, around the world, and back to Europe. 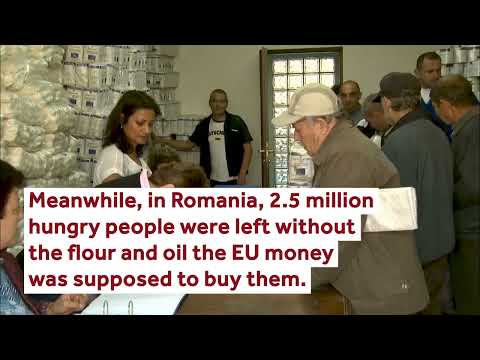 Thousands of euros were splashed on luxury hotels, high-end dinners, and at least one designer handbag, credit card statements show. A witness told prosecutors that the money came from the corruption scheme.

The witness also alleged that some of the stolen funds were invested in a factory, and used to purchase a flat on Bulgaria’s Black Sea coast. Reporters did not have access to bank records to determine if the stolen EU money was used in these investments. But land and corporate registry documents show that people connected with the scheme own the seaside flat and the factory, which produces wood pellets for stoves. 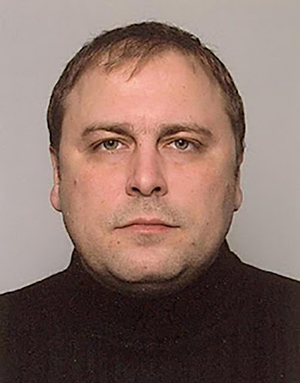 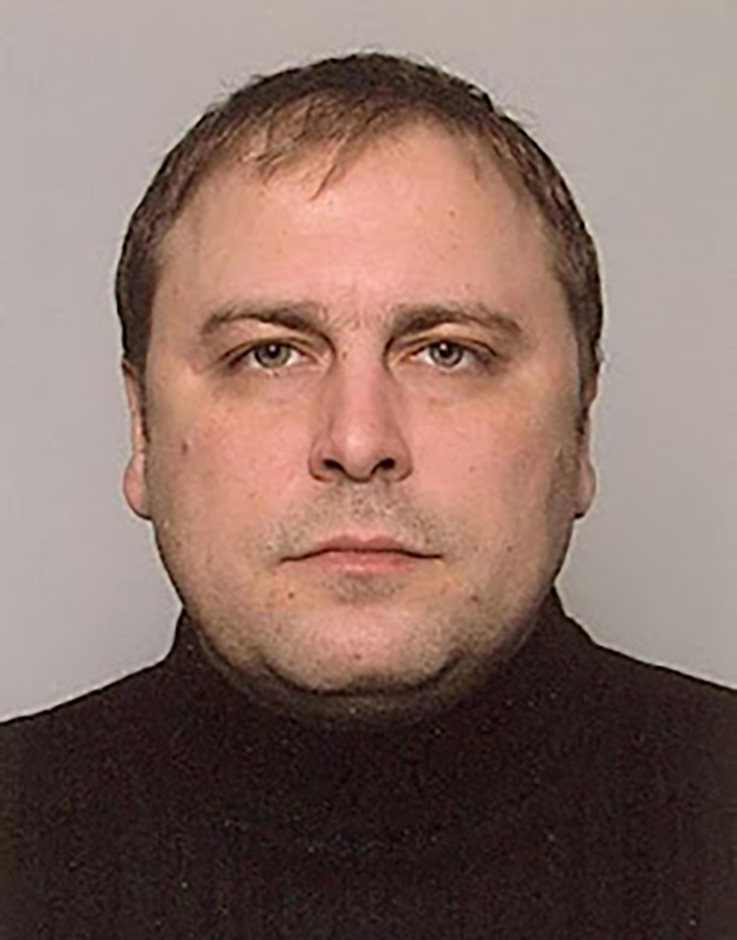 Prosecutors allege Viem was secretly controlled by Mila Ivo Georgieva — the stepdaughter of a former Bulgarian customs chief, according to Bulgarian media — and Ivan Georgiev Tanev, the son of an ex-Bulgarian agriculture minister who had been an agent with the former communist regime’s secret police.

Wiretaps in the court file record another of the alleged conspirators, Romanian Sorin Găzdac, laughing about stealing some of the funds. “You can take the money and run away,” Găzdac told one of his business partners, according to a police wiretap recorded on June 28, 2012. 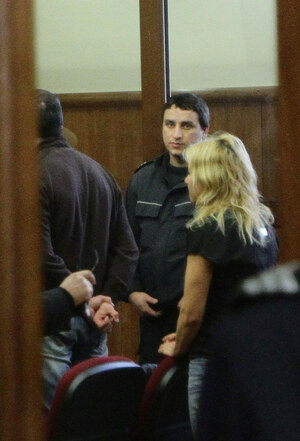 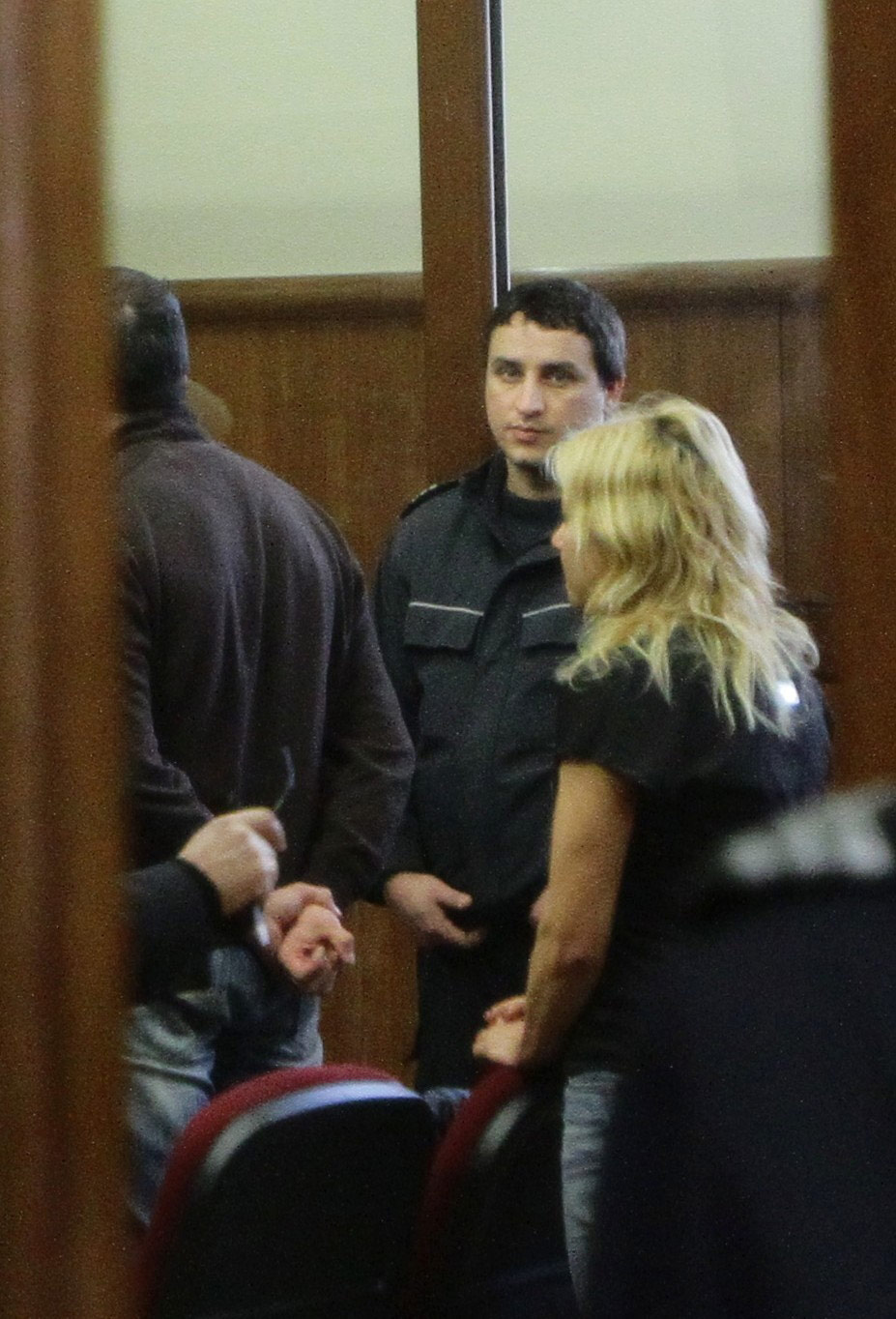 After receiving instructions from Găzdac on how to sign off on a delivery of flour, the man — who is currently on trial in another multi-million-euro fraud case — joked: “And you want us to flee to the Dominican Republic?”

Rather than a sunny Caribbean island, Găzdac is now spending time in a courtroom in the Romanian capital of Bucharest. He told reporters that he had nothing to do with the scheme and had only been a contractor to Viem hired by Tanev.

“They were looking to blame someone in this case, [because] they had no one to charge. Do you understand? They have no one to connect to the case,” he said.

Tanev and Georgieva are also both facing trial in Romania, although they did not show up for pre-trial hearings in their case. Neither replied to requests for comment. Both have previously denied they were behind the fraud and blamed each other in conversations with reporters and prosecutors.

APIA declined to comment, citing confidentiality and a court case it has brought against a bank that had provided guarantees to Viem.

The alleged food aid fraud was relatively simple. After making a few genuine deliveries of flour, Viem went to APIA in 2012 asking for an advance of 19 million euros to buy supplies on a larger scale.

APIA officials paid the money to Viem. But instead of having the funds transferred to its account at First Investment Bank (Fibank) in the Bulgarian capital of Sofia, Viem asked for them to be sent to another account in Cyprus, which was set up by a lawyer named Orestis Shambartas.

Money was then channeled from the Viem account in Cyprus through three offshore firms. One of them then sent 5 million euros to the bank account of yet another foreign company, Hong Kong-registered Sun Power Industrial Limited, which was owned by a Cyprus company Shambartas controlled.

Bank records show that in December 2013, around 200,000 euros were transferred from Sun Power to Villa Overseas, an offshore company that a witness said was controlled by Mila Georgieva’s mother.

Earlier that year, another 50,000 euros had been sent to an account held by Bulgarian-registered M&M Corporation. That company was owned by a man named Martin Georgiev, who is Mila Georgieva’s son, according to a witness statement included in the indictment.

A witness told prosecutors that those transfers all came from the stolen 19 million euros.

On paper, Viem was owned by an impoverished Bulgarian who told prosecutors he was a “fictitious administrator” of the company and signed a large number of documents in exchange for cash. APIA had no reason to believe Viem was anything other than legitimate because Fibank, one of Bulgaria’s largest banks, provided a financial guarantee for up to 31 million euros for any APIA funds.

Prosecutors say Tanev was instrumental in obtaining the guarantees from Fibank, which pledged that it would “pay without any delay, challenge or need to provide additional proof” if any money went missing from the food aid program.

When the money went missing, however, Fibank disputed the guarantees, saying that it was not liable as it had never received the cash. APIA took the bank to court, but in 2021 a judge ruled that such guarantees are not valid without a loan to back them up.

Fibank declined to comment, as did Shambartas. He previously told Bivol that while he had opened accounts for Viem in Cyprus, he denied ordering the wire transfers.

“[A]ll services provided by our law firm are always in adherence to the highest professional standards and in line with all regulations and guidelines,” he wrote in an email to reporters.

Leaked bank records show that one of the offshore companies used in the scheme, Hong Kong-registered Sun Power, was used to open two credit cards for alleged associates of Georgieva that were used for spending sprees across Europe in 2014.

Credit: Bivol The credit card application form carries a signature similar to one on a document signed by Mila Georgieva.

One of the cards was used to make cash withdrawals at ATMs in Greece for a few thousand euros. On the same day, the other was used for lavish purchases in Frankfurt, including an 800-euro stay at the Hof Hotel, and a 388-euro meal at Zenzakan, a high-end “Pan Asian Supperclub.”

The same credit card was used to buy a Louis Vuitton handbag for 2,150 euros from one of the designer’s outlets in the city and to make a 5,000-euro payment at a Mercedes dealership. Bank records then show payments for gas in Austria and Serbia on the way back to Greece.

Some of the stolen money was also funneled into properties, according to witness statements in prosecution documents obtained by reporters, who obtained Bulgarian corporate and land registry documents that corroborate the account.

Ivan Kosta, who admitted to having arranged flour shipments and attended meetings with Georgieva as part of the alleged fraud, told prosecutors she bought properties with help from friends and family. Kosta said she had warned him not to tell authorities what he knew. He is now living under police protection.

“Mila Georgieva threatened to break my hands and feet if I mentioned what I saw in Romania — that is, what happened at APIA,” said Kosta, according to a transcript included in the prosecution file.

He said EU money was transferred into an account held by a Bulgarian company called Villa Overseas. Georgieva’s son had been given power of attorney over the company, while her mother controlled its bank account. The money was then transferred to another Bulgarian firm, according to Kosta.

Kosta said in his statement that some of the money “was taken out in cash and a house and an apartment at the seaside were bought from them by a close friend of Mila [Georgieva].”

The “close friend” was Tzvetelina Taseva, a former manager at M&M Corporation. In 2013, a year after the 19 million euros went missing, she bought property on Bulgaria’s Black Sea coast using a company that she owned called Sea and City Villa Properties.

In 2019, ownership of the company was transferred to Georgieva’s mother, who owns a fifth floor flat in a waterfront resort in Sunny Beach, which is about 95 kilometers south of the city of Varna, according to the land registry there.

Kosta told prosecutors that the flat was purchased with funds from the stolen 19 million euros. Reporters could not independently verify this, but they obtained records of funds being transferred between M&M and Sea and City Villa Properties, which showed the companies purchased the properties.

Villa Overseas –– the company controlled by Georgieva’s mother and son –– also sent money as a loan to M&M Corporation. Kosta said that money was invested in 2013 in a factory producing wood pellets for stoves in Elen Pelin, a village about 27 kilometers east of Sofia.

“All this money transferred through these companies that I mentioned came from the money from the APIA,” Kosta told prosecutors.

Tanev and Georgieva’s cases were first sent to trial in May 2019, but a court date has still not been set.