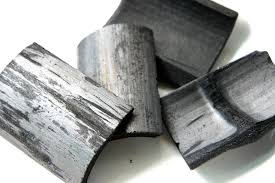 Bamboo charcoal (Photo: Wikipedia, CC BY-SA 3.0)Myanmar is increasingly a difficult place for journalists to work. According to the Committee to Protect Journalists, over the past two decades five journalists have been killed there: two were tortured to death by military intelligence agents, two were killed by military troops, and one was found dead near a golf course, his attacker still unknown.

Last September, two journalists working for Reuters were sentenced to seven years in prison for reporting about a 2017 mass execution of Rohingyas by the Myanmar Army. The month following that sentencing, three journalists from Eleven Media Group were arrested for allegedly reporting false rumors about the transparency of the Yangon regional government budget.

The reporters in the latest arrest were taken into custody in Pan Taung township for allegedly extorting US$132 (K200,000) from U Saw Naing, a charcoal maker.

U Saw Naing said that last Wednesday the journalists threatened that if he did not pay them they would tell local authorities that he was manufacturing bamboo charcoal in the Kyaukphyu forest.

The man added that the following day, the journalists tracked down two other charcoal makers in the forest, took photographs and asked them for money as well.

In Myanmar, where each year more than 1.3 million acres of forest on average are lost to illegal logging, the export of wood-based charcoal, primarily used domestically, is illegal. But it is still legal to export charcoal made from bamboo and sawdust, a Burmese forestry director explained to the US-based environmental news website Mongabay.

U Rein Moe, chief editor of the Nay Pyi Taw Times where the reporters worked, insisted his colleagues had been falsely accused because they had previously filed assault and robbery charges against the charcoal makers.

“Our reporters went there to investigate an illegal logging gang,” he told the Myanmar Times.

The reporters, however, admitted to police that they had extorted about $660 from charcoal makers in the forest over the past five days.