Leading up to Iraq’s parliamentary elections on Saturday, on the minds of citizens casting their ballots may well be the over $US320 billion dollars missing from the country’s economy, Al Jazeera reported on Tuesday. 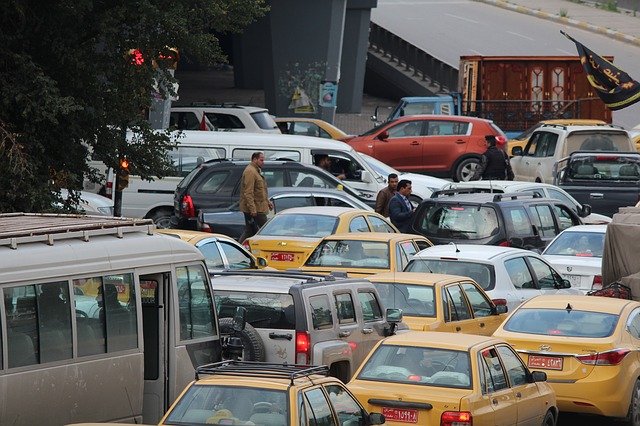 Traffic jam in Baghdad (Photo Credit: Pixabay)Buying jets for $13 million each when they actually cost less than $1 million is just one of the examples of how the billions disappeared.

“Our financial experts estimate from 2003 until now, more than $320 billion went missing and is untraceable. Most of this money went through corrupt contracts,” Rahim al Daraji, a member of the government’s transparency commission, told the outlet.

That’s a massive amount, having in mind that the reconstruction of Iraq’s infrastructure that was devastated by the war would cost $100 billion, according to Reuters.

How exactly did hundreds of billions of dollars vanish though? According to al Daraji, Iraq lacks any investigative body that could hold the government accountable. The “unprotected money,” he says, has allowed the theft.

Sarmed Jamil, a grocer in a Baghdad market, tells Al Jazeera you can tell corruption from the very contracts the government has with neighboring countries like Kuwait, Saudi Arabia, and the United Arab Emirates.

“This is where corruption is apparent. Government officials make money from the contracts with those countries,” he said.

Political analyst, Hashim Al Hashemi told the outlet, “No one can eradicate corruption. It runs deep in the Iraqi institutions but whoever the new prime minister is, could make a fresh start that could prevent more corruption.”

In 2017 alone, over 2000 arrest warrants were issued for corruption with 290 suspects currently being prosecuted in the courts.

The country is still facing massive security issues since the last election in 2014 that saw the current Prime Minister Haider al Abadi come to power. Over 2.5 million Iraqis remain displaced after years of conflict following the United States invasion in 2003 and the recent conflict with the so-called Islamic State.

Iraq ranked 169 out of 180 countries in the latest Transparency International Corruption Perceptions Index scoring 18 out of 100.