A Lithuanian lawmaker is facing impeachment after a parliamentarian investigation confirmed media reports claiming he was financially benefiting from renewable energy businesses whose interests he was protecting as a legislator. 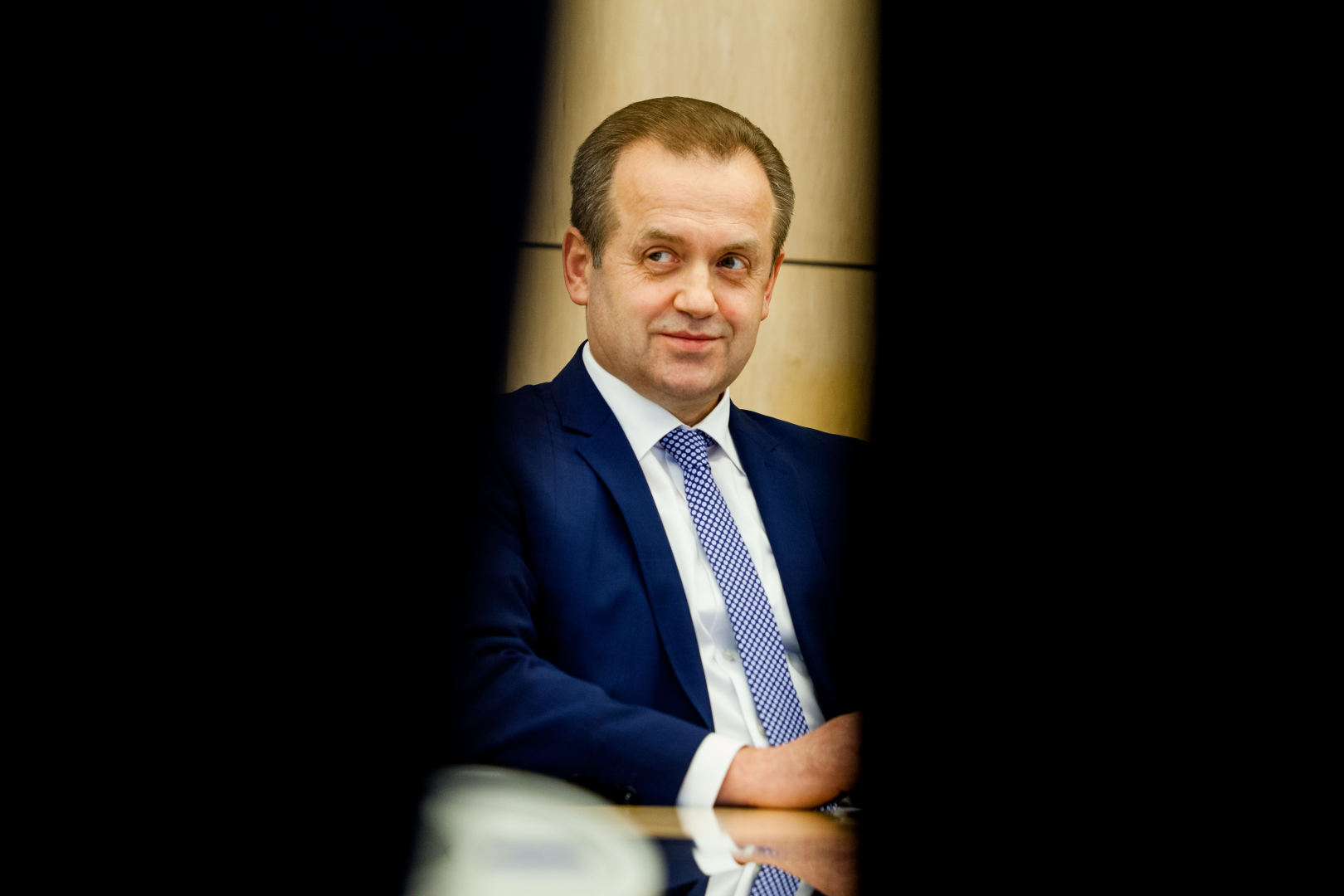 Arturas Skardzius (By Vidmantas Balkūnas / 15min)OCCRP‘s partners in Lithuania and Belarus revealed that the family of Arturas Skardzius -  a veteran in Lithuanian politics - has been renting out land to a wind farm for much more money than the owners of neighboring plots were getting. And this even though the wind farm only used one percent of the Skardzius plot.

At the same time, Skardzius was blocking amendments that may have prevented the business group his family rented the land to from building a major offshore wind farm in the Lithuanian part of the Baltic sea.

Furthermore, a joint 15min and Belsat TV investigation showed that Skardzius‘ wife co-owns a solar energy business in Belarus, together with Sergey Beliy, the former CEO of Belenergo, the Belarus state-owned energy company. All this sparked last summer a parliamentary investigation which revealed even more.

During one of the hearings, a business partner of the Skardzius family testified that the Belarusian business was funded by BelGazpromBank – a Belarusian bank owned by Gazprom. This was particularly sensitive, since Skardzius had openly advocated against the construction of a Lithuanian terminal, which significantly damaged Gazprom‘s influence in Lithuania.

Vitalijus Gailius, the head of the investigative commission, decided to launch the impeachment process after a sufficient number of lawmakers signed the impeachment initiative. However, out of the 37 signatures, only one is from a member of the ruling coalition.

The Lithuanian parliament will vote in March on whether to launch the impeachment.

Skardzius has denied any wrongdoing and has accused reporters of plotting against him.