Almost 800 Bulgarian owners of expensive real estate or luxury cars will be investigated under suspicion of money laundering, prosecutors announced on Monday. 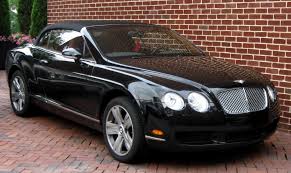 Owners of Bentleys in Bulgaria will be investigated for money laundering (Photo: IFCAR, CC)Owners of vehicles such as Bentleys, Ferraris or Lamborghinis will be targeted, and their finances audited, to ensure that no discrepancy exists between their reported income and their flashy assets.

According to Reuters, the move reflects an effort by Bulgaria—which currently holds the rotating presidency of the Council of the EU—to demonstrate its seriousness about tackling corruption.

Chief Prosecutor announced that the probe would apply to Bulgarians who acquired real estate worth more than US $317,440 between 2015 and 2016.

According to data from the National Revenue Agency (NRA) and the police, this amounts to around 350 citizens, the Bulgarian News Agency reported. The other 450 people subject to audit will be luxury car owners.

Bulgaria has faced scrutiny and EU pressure in recent months to deal with organized crime and corruption. News items such as the murder of influential businessman Petar Hristov in an affluent Sofia neighbourhood and the dispute over the controversial anti-corruption bill vetoed by President Radev have been depicted in the media as an inauspicious start to Bulgaria’s six-month presidency.

Carrots such as joining the EU Schengen area for passport-free travel may hinge on Bulgaria’s demonstrated ability to tackle money laundering and graft in their country, according to Reuters.

The Supreme Cassation Prosecution Office, which will supervise the probe, has around three months to issue their opinion.