Romania’s anti-graft prosecutors have indicted on Monday the head of the ruling Social Democrats (PSD), Liviu Dragnea, suspected of forming a “criminal group" that has embezzled US$ 24.4 million in EU funds. 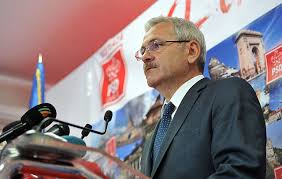 The country's National Anti-corruption Directorate (DNA) believes that Dragnea has forged documents to ensure a company wins EU bids to construct roads during his term as the president of the council of a southern Romanian province between 2001 and 2012 .

Dragnea, along with eight others, has allegedly conspired to privatize the road construction firm Tel Drum SA through intermediaries. They then made sure the firm won several public contracts, either without tenders or thanks to benefiting from confidential information that helped it defeat other bidders.

“The main purpose of the group was to illegally obtain significant funds, both from national and EU sources, through abuse of office, fraud, money laundering and obstructing other parties’ access to information,” it added.

Dragnea came under DNA's scrutiny after the European Anti-Fraud Office (OLAF) revealed in September 2016 evidence of collusion between the beneficiary of the EU funds for road construction in Romania, public officials and the contractor. The evidence showed that some US$ 24.4 million had been fraudulently paid.

Dragnea, who already has a two-year suspended prison sentence for trying to rig a referendum and is under investigation in a separate case, denied all wrongdoing in this new case as well as any link with the Tel Drum company. He said he has not considered resigning as he still has the party’s backing.

“I certainly do not feel guilty. I did not set up a criminal group. I am curious to see what criminal group I set up 16 years ago,” he said, according to Politico.