According to the statement, the gang killed in May 2014 the boss of another crime group in Tokmok, a town some 75 km away from Bishkek. 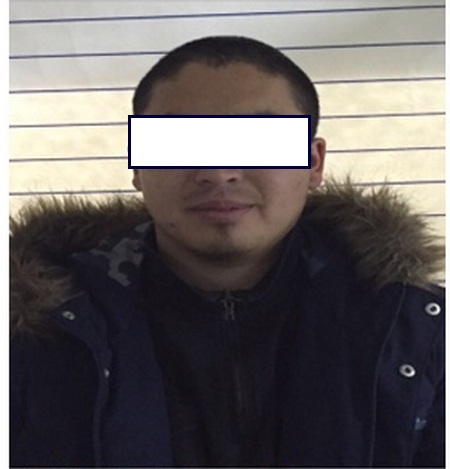 Mr. AK, the alleged leader of the criminal gang (Photo courtesy of Ministry of Internal Affairs of the Kyrgyz Republic)

Shortly after, the gang shot at two other local crime bosses but failed to kill them.

Other crimes committed by the gang since 2013 in Bishkek and Chui Oblast included numerous cases of armed assault, raids on businesses, car theft, and burglary. The group also illegally owned shotguns and ammunition and wiretapping devices, authorities claim.

The five-member gang was led by the 25-year-old son of a crime boss nicknamed “Choro,” who used to be a member of the most notorious organized crime group in Kyrgyzstan until its leader, Rysbek Akmatbayev, was killed in 2006.